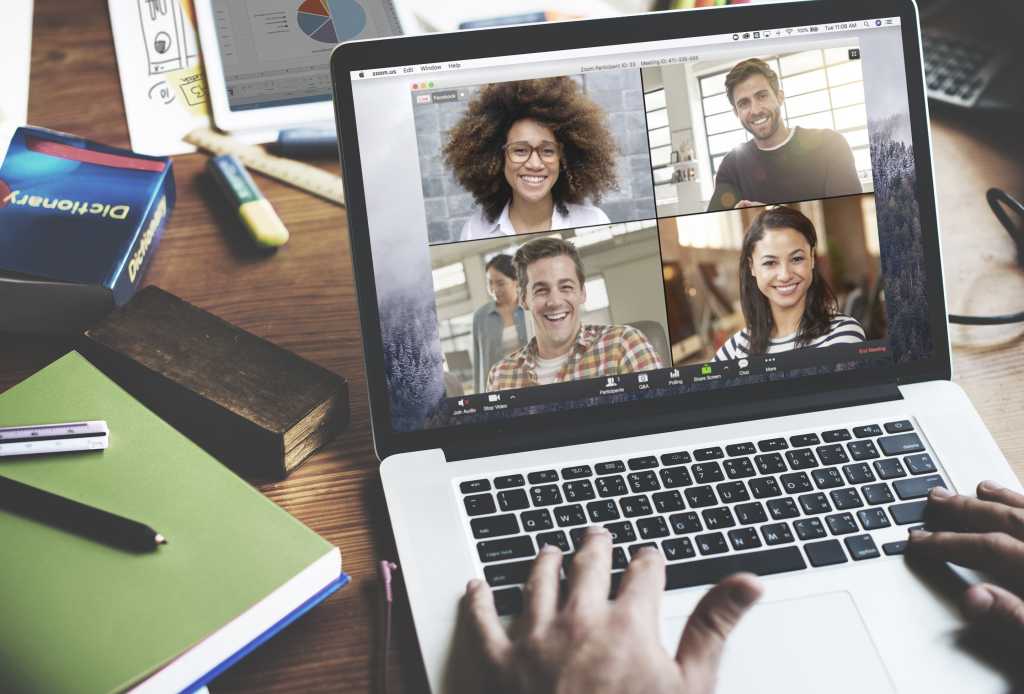 With much of the country under shelter-in-place orders, many businesses have mandated their employees work from home. This has suddenly made videoconferencing apps essential. Indeed, Skype and Zoom, the two most recognized names in this category, have seen their usage numbers spike.

Given that both platforms have made changes to their apps recently—Zoom to crack down on bad actors disrupting meetings and Skype to make it easier to start using its product—we thought it a good time to look at how they compare. Here’s what you need to know before your next meeting.

Skype is Microsoft’s telecommunications tool that allows multiple people to remotely interact in real time. Initially, the app was designed to make voice calls over the internet. While that’s still its core capability, it has evolved to include video calls and instant messaging as well. The app is compatible with Windows, Mac OS, Linux, Android, iOS, Xbox, and Amazon Alexa devices.

Zoom is a cloud-based video conferencing tool. Created with large companies in mind, it enables users to host and record meetings, participate in group chats, and collaborate as if they were in the same office. The app works with Windows, Mac, Android and iOS operating systems.

While both Skype and Zoom allow you to hold video meetings and record them for later review, they differ significantly in scale. Skype can support up to 50 participants on a single video conference (the same limit applies to voice calls). Zoom can accommodate up to 1,000 video participants and 49 on-screen videos.

Another difference: Both Zoom and Skype allow users to participate in a meeting even if they don’t have an account—they can simply join via a shared link or code. But Skype recently upped the ante with a feature called Meet Now that’s been promoted heavily during the coronavirus shutdown. Hosts can now create and share a free meeting even if they don’t have Skype software downloaded on their machine. The process is done through a Skype web interface and takes just a few clicks.

Once you look beyond videoconferencing, the two tools’ basic feature sets compare pretty favorably. Both support screen sharing, whiteboarding, and the sharing of documents and other files—all essential for getting work done. Zoom, however, has some business-ready capabilities Skype lacks, such as breakout sessions, the ability to generate meeting transcripts, webinar hosting, and a robust set of meeting analytics and reporting tools.

You can expand the power of each tool through an array of integrations with other apps. Skype integrates with other Microsoft products including Word, OneDrive and Outlook, as well as third-party apps like Slack and WordPress. Zoom offers a variety of third-party-app integrations through its App Marketplace. These include popular options like Slack, LinkedIn, and Google Drive, and dozens more in sales, marketing, finance, healthcare, and other categories.

Both Zoom and Skype use end-to-end encryption to secure communications. However, some of Zoom’s basic functionality has been called into questions for its privacy vulnerabilities.

Most notable is a recent spate of Zoombombing—the act of using Zoom’s screen-sharing feature to display violent or pornographic imagery in a meeting. Enterprising trolls have been exploiting the fact that Zoom does not require a meeting host to grant screen-sharing access to another participant. All they need then is a meeting link to enter—and re-enter under a new name, if blocked—a videoconference. Zoombombing has become such a nuisance that some school districts and New York City have banned the use of Zoom for online learning during the coronavirus school closures. Zoom has responded in part by enabling its Waiting Room feature, which allows the host to control when a participant joins the meeting, for all free accounts, and by adding more password protocols

Another recent report highlighted features and settings that could be used by employers to compromise employee privacy, such as meeting recordings and transcripts and a built-in attendee attention tracker. It also pointed out that the cagey semantics in the company’s privacy policy are hardly reassuring.

To be fair, many PCWorld writers and editors have used Zoom for videoconferencing without incident. But as with any app or platform, you should make sure you understand and are comfortable with its features and policies before you use it.

Skype is free to use for any Skype-to-Skype communications. That includes video conferencing, chat, and voice calls over the internet. If you want to call someone’s cell phone or landline, you’ll need to purchase either Skype Credit or a subscription. Credit is offered in a minute-based tier: $5 gets you up to 165 minutes, $10 up to 330 minutes and $25 up to 830 minutes. Monthly subscriptions provide unlimited minutes and are based on the geographic region you want to call. A U.S.-only plan costs $3 a month, a U.S. and Canada plan is $4 a month, a North America plan costs $7 a month, and a World plan is $14 a month.

Zoom also offers a free Basic plan, which provides videoconferencing and collaboration and allows you to host up to 100 participants. There’s a 40 minute meeting limit with the Basic plan, although it’s possible to simply click the same link to resume the meeting beyond that. Pro, Business, and Enterprise plans run $15 to $20 per host, per month,  and add more business features. Those paid plans include 100, 300, and 500  participants, respectively, but a Large Meeting add-on (from $65 to $110 per host/month, can accommodate up to 1,000 participants.)

Both tools make remote communication easier, but there are some things to consider before choosing one over the other. Skype is undoubtedly the more user friendly of the two apps, largely because of its long history as a consumer app. Simply, more people already know how to use it. However, its 50-participant limit makes it best suited to small businesses and teams. Zoom is the clear choice for enterprise-size companies thanks to its high-participant support and deep business features.