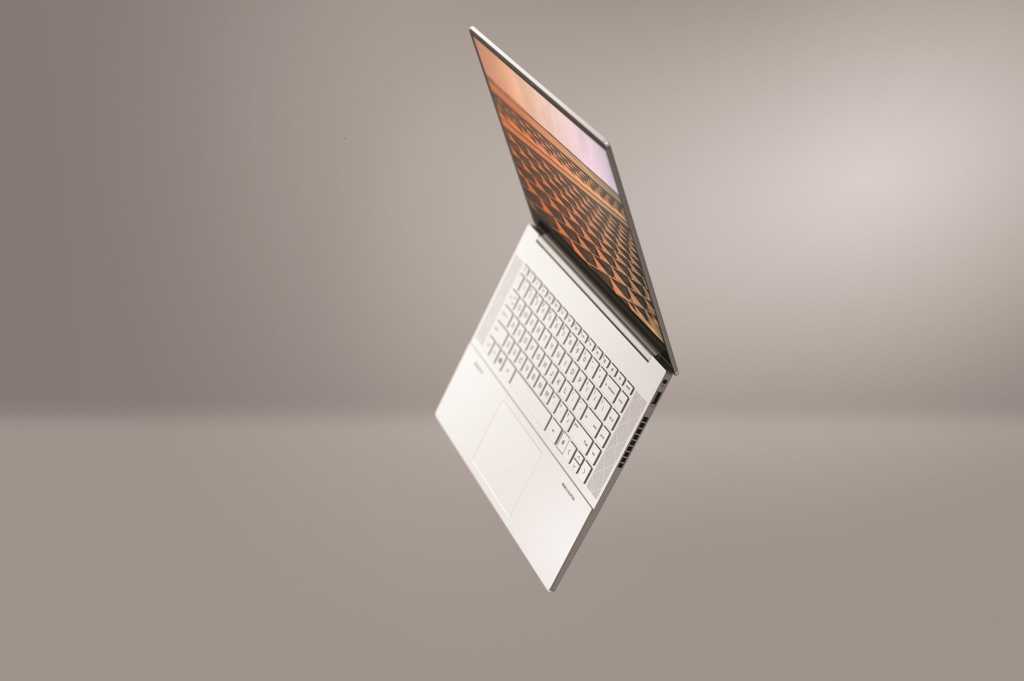 The HP Envy 15 laptop leads its entire product family in a new direction—straight toward the rising “creator” class. These users, whether they’re coders, visual artists, or social media darlings, need the same high-end CPUs and GPUs that PC gamers use, and they demand the stylish packages that the Envy line is already known for. The related Envy 17 is shipping now, while the Envy 15 and other models are coming out in May or June.

While laptops with smaller displays are always going to be more portable, creators who can move up to a 17-inch display will luxuriate in the extra space for viewing their projects. That’s the main reason to get a laptop this large.

While 4K resolution sounds fabulous and should look great on a display this big, remember that running all those extra pixels will eat into your battery life—not that we expect you to carry around a six-pound laptop that much. Here are the other primary specs:

CPU and Graphics: Interestingly, CPU and GPU are a package deal in the Envy 17. You have three choices via HP.com:

The MX330 is a low-end discrete GPU, not a barn-burner by any stretch, but it will help with basic photo and video editing. Based on Notebookcheck.net benchmarks, it’s competitive with the Iris Plus graphics offered with Intel’s 10th-gen Ice Lake CPUs. If you’re looking for more GPU power, check out the flagship HP Envy 15 further down.

Storage: Again, many flavors from HP.com:

The Envy 17 offers that huge screen and more storage and connectivity options than its smaller siblings, but it’s not the flagship of the new Envy line. That honor goes to the HP Envy 15, which is the fanciest Envy we’ve ever seen.

When it ships in June, 2020, the HP Envy 15 will embody the new creator mission for its product line. In the United States, Envy has seemed to be all about style, but with not quite as much substance as the company’s premium Spectre series. Now the HP Envy 15 is bringing all the bling, with top-shelf parts and notable firsts like vapor-chamber cooling.

But it’s not trying to compete with its Spectre cousin; HP’s very clearly using Envy to lure creators away from the MacBook Pro 16. Let’s run through the major specs below, based on a SKU (the 15-ep0035cl) that will be sold at Costco warehouse stores:

In every way, the Envy 15 is serious about bringing performance as well as style to creators. Its Intel 10th-gen Core i7-10750H CPU is a couple of steps down from the debut Comet Lake H Core i7-10875H we just reviewed, but it’s still an ‘H’ performance chip and not to be dismissed. It has 6 cores and 12 threads, a base clock of 2.6GHz and a boost clock of 5GHz. That’s plenty.

The Nvidia GeForce RTX 2060 with Max-Q is from the new Max-Q generation just announced by Nvidia, with improvements that make these energy-efficient chips less of a compromise than they were in the prior generation. We’ve already tested the RTX-2060 with Max-Q in the Asus ROG Zephyrus G14, and it held its head high against a standard RTX 2060. Every laptop’s different, but that’s a promising first impression of this new GPU.

To help this GPU reach its fullest potential, HP built vapor-chamber cooling into the Envy 15. This is a feature you normally see in gaming laptops, and a first in the Envy lineup. This should help prevent the thermal throttling that often cuts into performance, especially in thinner laptops such as this one. To aid and abet further, HP Dynamic Power can prioritize power usage between the CPU and GPU; and an infrared sensor helps monitor thermals, working in concert with customizable performance settings that can prioritize speed, noise, or thermals, according to user preferences.

Now let’s talk about the 4K AMOLED touch display. We have yet to see it in person, but we did get to try something like it in an HP Spectre x360 15t with AMOLED last year. That was glorious. This Envy 15 display should be even better because it’s a Vesa HDR 400 display, meaning it supports a minimum 400 nits’ brightness, for instance. It also exceeds that spec’s sRGB color support by supporting 100 percent of the DCI-P3 color gamut. HP says every display is color-calibrated with a low Delta E. The HP Display Control software lets you set the display into different color modes (DCI-P3, sRGB, Adobe RGB, etc.) with ease.

As with any 4K display, the Envy 15’s could hit your battery hard. However, the laptop may be hedging its bets with its 6-cell, 83Wh battery, which is actually larger than the one in the HP Envy 17. HP did not have battery life estimates available at the time of announcement.

There’s more to show with the HP Envy 15, but you get the gist. This laptop has evolved from fashion icon to power broker, offering high-end performance in a beautiful package. Only testing will tell whether it can maintain its grace under pressure.

If the Envy 15’s a little to rich for you, you’ll have options. HP is re-launching the entire Envy product line around it, with Envy 13 clamshells and Envy x360 13-inch and 15-inch convertibles, all coming out in May or June. We’ve liked Envy laptops we’ve reviewed before, although we sometimes run into pesky quirks like jittery touchpads (an issue we’re still trying to sort out with HP). Stay tuned for more information if we’re able to test any of the new generation.