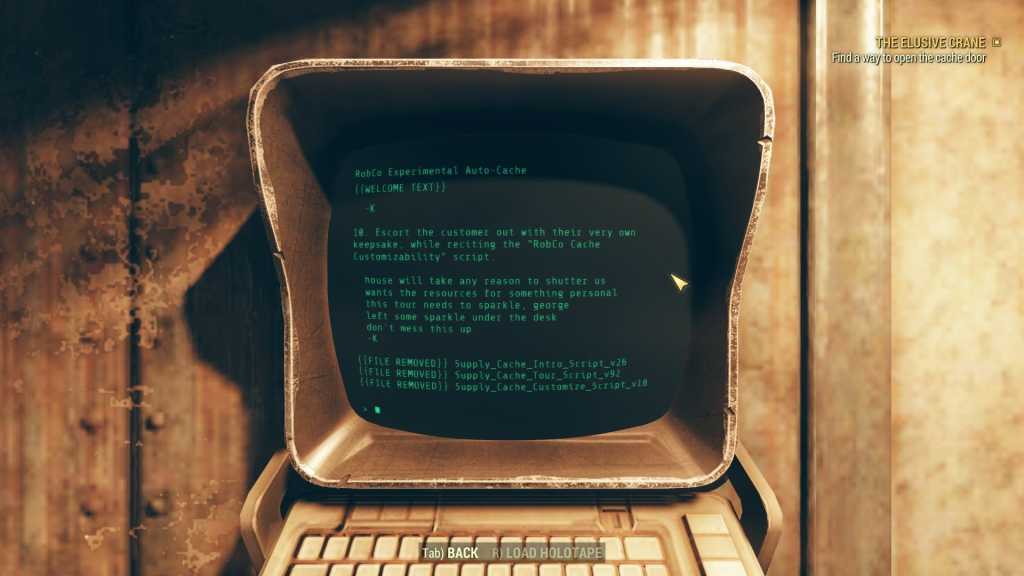 It’s still not as good as a proper offline Fallout sequel, but Fallout 76’s Wastelanders expansion injects some much-needed personality into post-apocalyptic West Virginia. If you haven’t been back since release, give it a second look.

To say I had low expectations for Fallout 76’s new Wastelanders expansion would be an understatement. My original Fallout 76 review was not kind, but at least ended on a hopeful note. “Maybe like Elder Scrolls Online, Bethesda can tease a decent game out of this foundation in a year or two,” I wrote. But as time went on, and as the controversies mounted, I became less and less convinced.

Still, when Wastelanders released on Tuesday I figured I might as well give it a shot. After all, the expansion is free for anyone who owned the game, and…well, I owned the game. Why not, right? It’s not like there’s much releasing this spring.

And you know what? I’m glad I gave it a shot, because it’s surprisingly solid.

Skeletons in the bathtub

There are still myriad issues with Fallout 76, don’t get me wrong. As far as I’m concerned, it gains very little from being an always-online multiplayer experience, but it certainly loses a lot.

Moment-to-moment combat (and there’s a lot of it in Fallout 76) is particularly underwhelming. The real-time conceit means VATS is essentially useless—which would be disappointing but not the end of the world, except that playing Fallout 76 as a standard shooter isn’t fun either. I can’t tell you how many times I’ve fired a shot at an unsuspecting ghoul’s head only for the game to tell me I “missed.” I’m no Fortnite pro but I’m not a complete scrub either, and it happens often enough in Fallout 76 that I think it’s netcode-related. I never had such trouble with Fallout 4 or, say, Doom Eternal.

The list of problems continues. The menus are cumbersome, especially on mouse and keyboard where repairing a weapon at a workbench requires no less than four different button presses. The food and water systems are an annoyance at best. Bethesda doubled your stash size, but it’s still comically small considering how much junk you’re expected to collect for crafting.

And performance is still wildly inconsistent, with shadows seemingly the leading cause of frame rate issues. My colleague Adam Patrick Murray even had the game crash on him during our stream the other day. (We’ve embedded the whole thing at the end of the review if you want to watch.)

I don’t even want to talk about the in-game store and the “Fallout 1st” subscription, which is its own can of worms. Your feelings about paying over-and-above the $40 base price for cosmetics and an unlimited stash probably hinge on whether you feel this is first-and-foremost a Fallout game or an MMO.

I’m torn, personally. I think the monthly subscription price is pretty decent for what you get compared to Final Fantasy XIV or World of Warcraft or whatever—but I’m also never going to pay it, and I think putting certain quality-of-life improvements (i.e. a second fast travel point) behind a paywall does more harm to Fallout 76 than good, especially at this stage, and given Fallout 76’s reputation.

That said, the Wastelanders expansion makes a huge difference to Fallout 76. I spent most of my original review complaining how empty everything felt. Here, let’s just recap really quick:

“There are no human NPCs in Fallout 76. Bethesda made that clear repeatedly before release. I still thought that left the door open for ghoul NPCs though, but nope! Not from what I’ve seen. And even robots aren’t really NPCs as much as quest dispensers. They don’t talk with you, they talk at you. There’s no dialogue system in the game whatsoever, and so no real opportunity for roleplaying. You either finish a mission or you don’t.

Most of Fallout 76’s quests fall flat. It’s a lot of “Find This Item” or “Kill This Enemy” without any of the motivation that usually stems from a well-written adventure. You’re not trying to rescue Nick Valentine to get a lead on your son, or accelerate the growth of a tree-man to reforest the Capitol Wasteland. In Fallout 76 you’re just chasing ghosts, and finding them only leads to more ghosts.

Post-nuclear West Virginia is filled with terminals to read and holotapes to collect, but none of it feels important or even particularly interesting. They’re well-written, and the holotapes well-acted, but it’s no substitute for an actual conversation.”

Now just get rid of that whole section.

Wastelanders adds people to Fallout 76. It adds a dialogue system—one themed after Fallout 3 and New Vegas, not the ill-received wheel from Fallout 4. It even peppers those dialogue trees with skill checks, and while Fallout 76’s leveling system is still an absolute mess, I can’t tell you how excited I was the first time a “[Strength 8+]” tag showed up in a conversation. It’s a real roleplaying game! Wow!

Bethesda even figured out instancing. One of my major complaints from the Fallout 76 launch involved a quest that ended with killing a specific ghoul. Trouble was, if someone else had already killed the ghoul you had to either wait for it to respawn or bounce to another server and hope it was alive. No more! Now there are certain interiors that are specific to your quest and your character, and allow you to make choices that actually affect the story.

Would I still prefer a proper offline Fallout sequel? Absolutely. That said, Wastelanders is so much closer to what Fallout 76 should’ve been at launch. There are still problems, some of them fundamental design choices made to accommodate multiple players, but Wastelanders feels like a proper online Fallout and not an empty imitation.

And the parts of Fallout 76 that were already strong have been made stronger. Post-apocalyptic West Virginia is a lot more interesting with people roaming around, peppered with vignettes—raider camps up in the mountains, hopeful settlers trying to revitalize crumbling towns, roadside bars and a new Vault everyone wants to break into. It’s the sort of small-scale storytelling Fallout’s always been good at, and which was so noticeably lacking in Fallout 76 at release.

Not that it’s seamless. I think Wastelanders is probably better (to some extent) for new players than it is for returning players. Bethesda’s completely rewritten the early hours of the game, introducing a bar called The Wayward almost directly on top of the Overseer’s Camp players originally traveled to after leaving Vault 76.

But if you played Fallout 76 at release, this leads to some weird cognitive dissonance. I left off playing in the middle of a quest to hunt down the old Vault 76 Overseer, following her audio logs across West Virginia. Starting up Wastelanders, I was surprised to find out she now lives right down the road from Vault 76—and when asked about her audio logs, she simply says she left them to “help” me. I guess I could chase them down still if I wanted? To what end?

Wastelanders also remixes certain areas, allowing factions to take them over or adding new storylines. How many of these will I miss simply because I already “explored” the locations though? I’m not sure.

Certain parts of the map have been purged of location markers, so there are clearly new adventures to be discovered, but even then I feel like I’m missing part of the experience by fast-traveling around West Virginia at will, hauling thousands of rounds of ammo and being generally overleveled for everything I’ve encountered in Wastelanders’ early hours. Most of it doesn’t scale to your level—and the parts that do usually take me by surprise, one minute pitting me against Level 4 molerats and the next against a Level 23 deathclaw.

Nevertheless, I’m having a surprising amount of fun with Wastelanders. This is precisely the pivot I hoped Bethesda would make—and one I feared they couldn’t (or wouldn’t).

I’m not sure it has the staying power with me that it does with others. I’ll probably play through the story and then dip out until the next major expansion. That alone is more than I expected though. Going into Wastelanders this week, it was make-or-break. Maaaaaybe it could win me over, I thought, but it seemed far more likely I’d spend two or three hours back in Fallout 76 and then remember why I’d left. Credit to Bethesda though. They hammered and hammered and hammered and finally forged Fallout 76 into not only a better game, but one that deserves a second chance—from me, from you, and from all the naysayers.