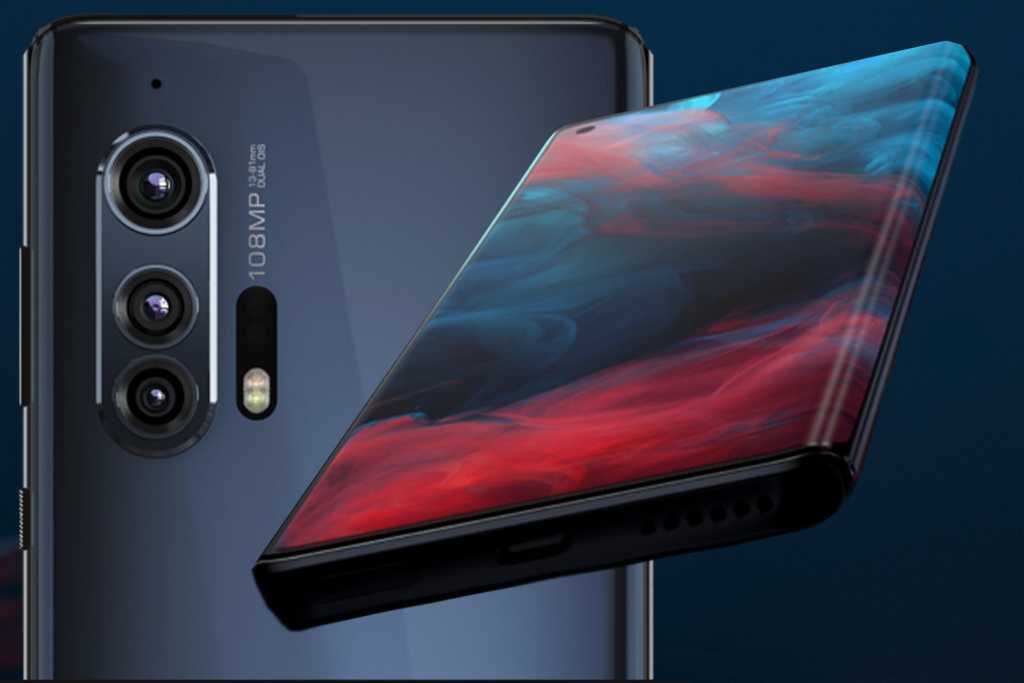 The bigger news might be that it features a 3.5mm headphone jack. Long extinct from iPhones and endangered on most Android phones, the tiny port is a welcome sight on the Motorola Edge+, which also sports speakers tuned by Waves audio.

You’ll also get a dramatic waterfall screen with a near-90-degree edge, 5G with support for Verizon’s super-speedy mmWave network, and the latest Snapdragon 865 processor, along with other ultra-premium specs:

Those specs match up well with other similarly priced phones, and it also comes with wireless charging and an expandable storage slot. However, you won’t find a couple of things you’d expect. For one, while Motorola claims the Edge+ has a “water-repellant design,” the phone doesn’t have an official IP rating, so you probably won’t want to take it swimming. Also, its wired charging tops off at 15W, slower than most other phones. You can, however, use it to charge other phones or earbuds with reverse wireless charging.

To take advantage of its dramatic curves, Motorola has a new software feature called Edge Touch, similar to Samsung’s own Edge screen settings. When on a table, the sides of the phone will light up to show charging status, incoming calls, alarms, and notifications, while you can swipe on the edge to bring up the notification panel or switch apps.

In addition to a camera that rivals the S20 Ultra on paper, the Edge+ also can record in 6K and lets you pull 20MP pictures from videos. It also comes equipped with Quad Pixel technology with four times the light sensitivity “to capture incredibly clear and crisp photos in all lighting conditions.”

The Motorola Edge+ will be available exclusively at Verizon on May 14 for $1,000.