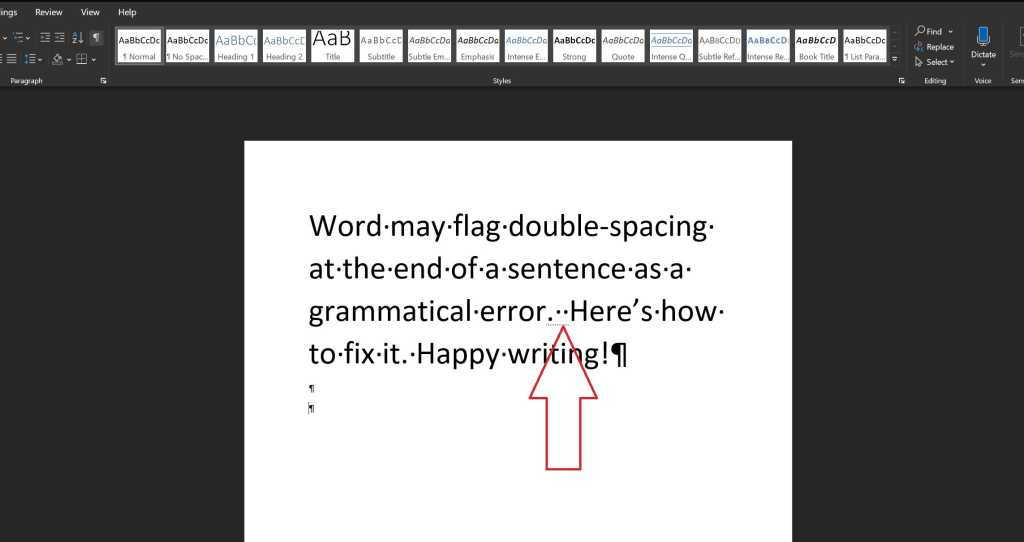 First off, to be clear: At press time, I didn’t see Microsoft Word flag the spacing between sentences at all, either in the version of Word downloaded onto my PC, nor in the online version of Word. Will it do so in the future? Who knows. Nevertheless, Microsoft’s currently rolling out Editor for Microsoft Word, a new assistant to help you improve your writing and grammar. It’s inside Editor where you can tell Word how many spaces should go after a period.

To do so, you’ll need to open Word. (We’ll use the Microsoft Word for Microsoft 365 app first. Remember, Microsoft 365 was known as Office 365, until recently.)

In the Word ribbon at the top of the document, click Home, if it isn’t highlighted already. Then go all the way to the right to the Editor menu. Clicking it will launch Editor, which will begin checking your document for errors and other suggestions. Scroll all the way down the right-hand Editor pane to the Settings gear at the bottom, and click it.

That opens a messy “Word Options” menu, a holdover from earlier versions of Word. From here, click Proofing, and then scroll down to the line that says, “choose the checks Editor will perform for Grammar and Refinements.” There’s a small drop-down menu that selects from either Grammar, or Grammar & Refinements. In this case, either will do. Click the Settings button next to it.

This opens another densely populated list of stylistic and grammatical conventions. Scroll down to the Punctuation Conventions subheading hear the bottom. Use the Space Between Sentences control to choose between one or two spaces, or to tell Word not to check. The same submenu also allows you to wage war against the Oxford comma, if you so choose.

In Word for the Web, the menu structure currently differs. Here, you’ll need to click the Review tab to enable Editor, which is tucked all the way to the left, not the right. Clicking the downward-facing caret will open the  menu, and allow you to access the Editor Settings. Again, the Punctuation Conventions are near the bottom, where you can configure the spacing between sentences.

Unfortunately, it doesn’t appear that your preferences currently carry over from Word 365 to the online version of Word, but that may just be a glitch caused by going back and forth between the two applications as we wrote this article. In either case, you now know how to set the spacing options between sentences for Microsoft Word. Whew!