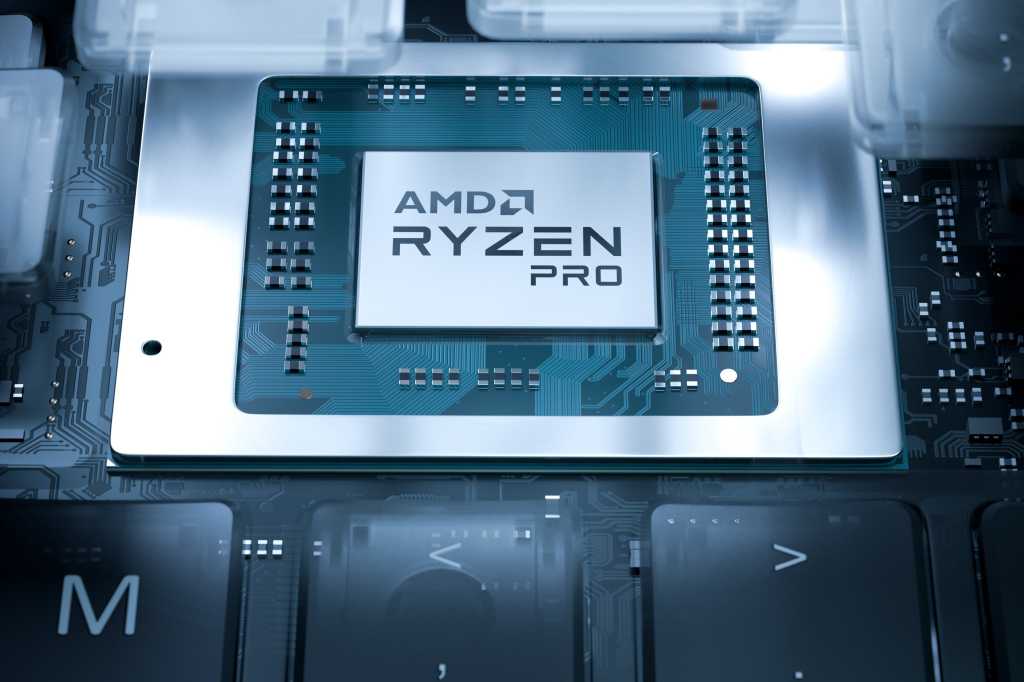 AMD has hit two home runs with its mobile Ryzen 4000 line, and now it’s hoping for a third by moving into corporate laptops.

On Thursday, AMD released three new Ryzen Pro 4000 mobile CPUs with corporate-leaning features such as full memory encryption, fleet manageability, and long shelf life. Release dates for the laptops that will ship with it aren’t known, but the company did show off design wins from HP and Lenovo (see end of article).

The new Ryzen Pro 4000 chips—the Ryzen 7 Pro 4750U, the Ryzen 5 Pro 4650U and the Ryzen 3 Pro 4450U—have slightly higher model numbers, but slightly lower specs than their consumer counterparts, such as the recently reviewed Ryzen 7 4700U. See more specs in the slide below:

Because large companies and organizations like to keep using the same thing over and over again, AMD also has the three Pro CPUs on a 24-month availability schedule, too.

AMD’s plans seem focused on the Ryzen Pro for very large organizations, while small business may skip the Ryzen Pro line for the already-released Ryzen 4000 lineup. The specs for the consumer line are in the slide below.

The slightly lower clock speeds of the Ryzen Pro CPUs compared to Ryzen are probably trivial. In either case you’re getting more performance, period. AMD published comparisons between the older Ryzen Pro 3000 chips and its Ryzen Pro 4000 chips, and it’s an impressive bump. Single-threaded performance increases by 29 percent, while multi-threaded shoots up 132 percent. Graphics performance improves moderately at 13 percent.

AMD knows it’s not simply replacing Ryzen Pro 3000 with Ryzen Pro 4000. Instead, it’s out to push Intel off its long-held dominance in corporate laptops, and it hopes Ryzen 4000’s insane performance will do that.

As part of the announcement, AMD showed off six design wins: two from HP and four from Lenovo. HP’s ProBooks will use standard Ryzen 4000 chips skipping the fleet management features and keeping many of its own security features, such as the self-healing BIOS.