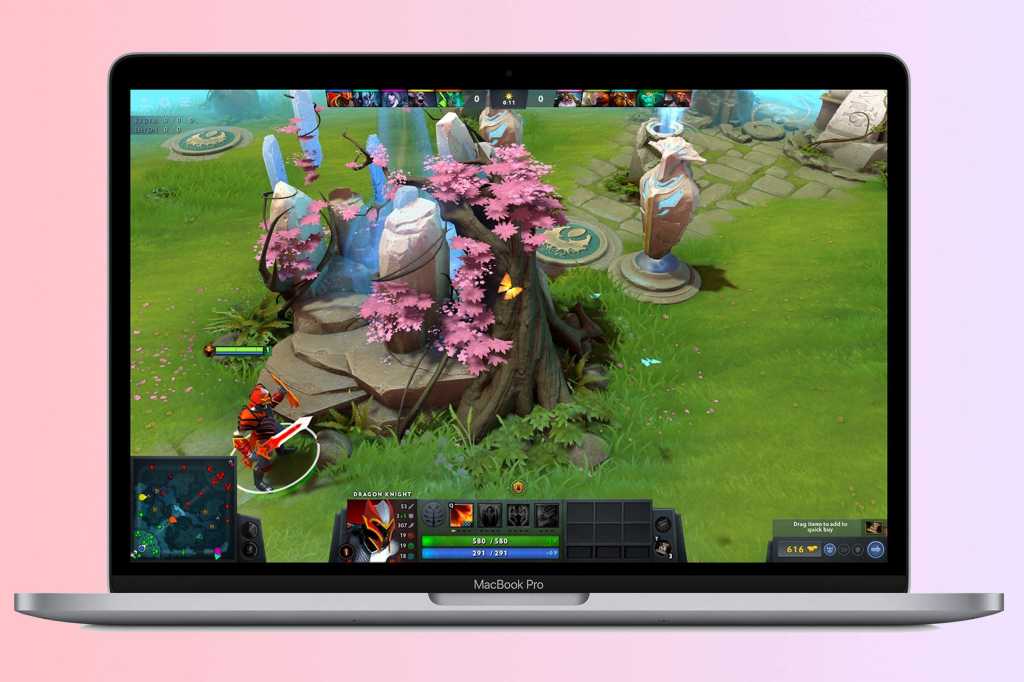 When released, Apple’s updated MacBook Pro 13 will get the most powerful 10th-gen Intel Ice Lake CPU available. But otherwise Apple’s late to the game—again. We can think of a bunch of Windows laptops that already outstrip it in features, and we’ll tell you about them as we work through the MacBook Pro 13’s major improvements.

First item for examination is the CPU. Intel originally launched its most advanced 10nm 10th-gen “Ice Lake” series of CPUs way back in August. PC laptops based on Ice Lake appeared by October, and it’s gradually made its way into dozens of laptops since then.

One chip that’s been conspicuously absent since the announcement is the higher-wattage Core i7-1068G7 chip. Well surprise: The MacBook Pro 13 will offer it as one of its CPU options.

The chip’s main difference isn’t more cores, more threads, or even more graphics EU’s; it’ll just be a higher TDP rating of 28 watts. That’s long been the TDP Apple prefers for its MacBook Pro 13. In this case, it’ll officially be the “most powerful” Ice Lake chip in town, but in reality, it may not be that much faster than some 10th-gen Ice Lake laptops, which can be configured to run up to 25 watts. While we don’t know how hard Apple will push its new MacBook Pro 13, we do know that on paper, 25 watts to 28 watts is no big deal.

Laptops to consider instead of the MacBook Pro 13

When you look at competing laptops from the PC platform, it’s clear the MacBook Pro 13 is just phoning it in. Sure, we applaud the return to Apple greatness with a new Magic keyboard that isn’t supposed to break down on you after a year like with the previous generation of MacBook Pro 13 (that’s not exactly a feature, folks). We believe the MacBook Pro 13’s display and SSD will be first-class, too. But there’s just not much risk-taking anywhere other than with the much-maligned Touch Bar.

MSI’s Prestige 14, (currently about $1,547 on Amazon) for example, should get plaudits for featuring a 6-core Core i7-10710U and GeForce GTX 1650 while weighing about as little as an XPS 13. The laptop sheds performance as it heats up (which we document in our review). Considering it offers discrete graphics and higher CPU core count, along with a factory-calibrated 4K panel, while weighing just 1,270 grams versus the 1,400 of the MacBook Pro 13, the MSI Prestige 14 is still impressive.

If you want essentially the same Ice Lake CPU as the MacBook Pro 13 plus discrete GTX 1650 Ti graphics, the Razer Blade Stealth 13 (currently $1,800 at the Microsoft StoreRemove non-product link) is just 78 grams heavier, with a factory-calibrated 4K screen option available. Its Ice Lake CPU has a base TDP of 25 watts, and the Blade Stealth 13’s design is better at keeping the chip cool.

If you can really handle thinking different, the Asus ROG Zephyrus G14 (currently $1,450 at Best Buy) gives you amazing CPU performance thanks to its Ryzen 9 4900HS, and a real graphics card with its GeForce RTX 2060 Max-Q chip. The 8 cores of performance out of the ROG Zephyrus G14 does more than put the newly announced MacBook Pro 13 to shame—it should easily dispatch the MacBook Pro 16, too.

The only real downfall to the ROG Zephyrus G14 for “Pro” user is the less-than-stellar panel, which is better for general use and gaming than imaging work. And while the 720p webcam in MacBook Pro 13 might be as bad as the one in the MacBook Air, that’s better than having none at all—we’re serious, the ROG Zephyrus G14 doesn’t include an integrated webcam. There’s also no Thunderbolt 3, but because you have a real GPU inside the laptop that may be less necessary.

Look, the MacBook Pro 13 is a nice laptop. We’re glad to see Apple move up to 10th-gen Intel Core CPUs. All we’re saying is, pretty much everything that’s nice about the MacBook Pro 13 can already be found in a Windows laptop that’s been available for months.