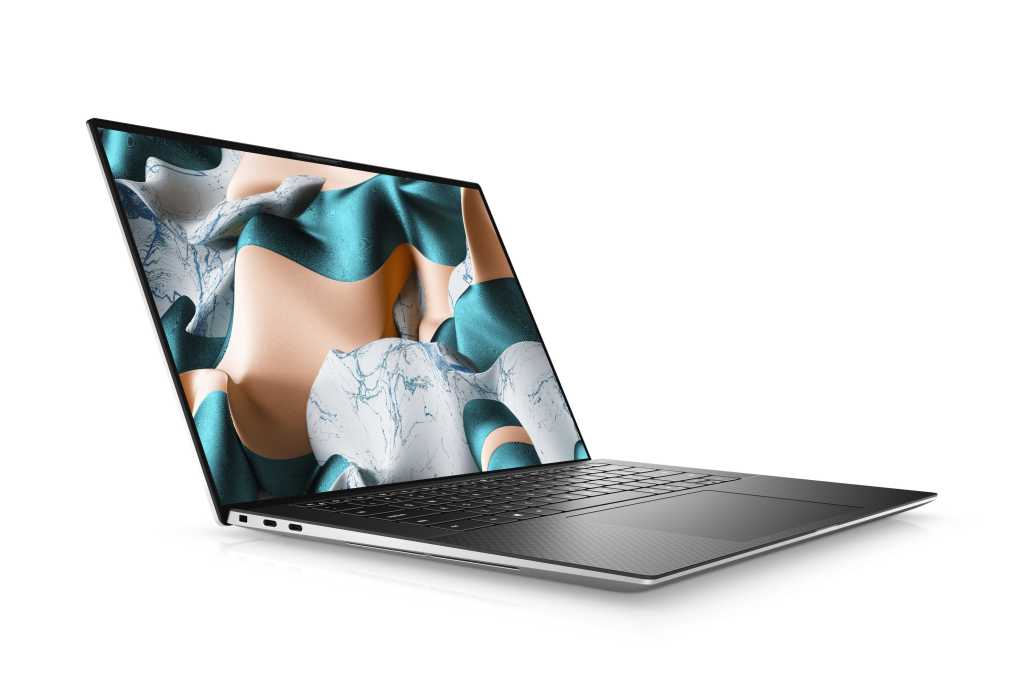 The Dell XPS 15 is long overdue for an upgrade, and on Wednesday it’s finally, officially getting one.

Dell said the new XPS 15 9500 will be available for order starting Wednesday, with prices starting at $1,300. We’d guess that’s for a base version with FHD+ display and integrated graphics only. For more about the upgrades and all the configurations, keep reading.

The display’s the thing

Both panel options are quite lovely. The FHD+ version has a resolution of 1920×1200, features 100 percent of sRGB color gamut, and can hit 500 nits of brightness. That’s above standard for most FHD-class screens.

The high-end version takes the resolution to 3840×2400 and can also hit a very bright 500 nits. The touch panel can reach 100 percent of Adobe RGB and 94 percent of DCI-P3 color gamut, meets HDR400 specs, and comes with a glossy but anti-reflective coating. Both screens also feature integrated Eyesafe technology, which reduces blue-light emissions while still maintaining “normal” colors. Most blue-light modes today aren’t all that different than slipping on a pair of 1990s Blueblocker glasses, giving everything a heavy brown tint.

RAM is DDR4/2933 in capacities from 8GB to 64GB, while storage options go from 256GB to 2TB. Speaking of storage, Dell said the laptop does away with the hard drive bay of the previous version, finally—finally—offering two M.2 slots inside.

While the XPS 17 and the XPS 13 2-in-1 feature fancy copper vapor chambers to cool their interiors, Dell said it was able to fit standard (albeit slightly thinner) heat pipes inside while still making the laptop just 18mm thin. As we said earlier, Dell features two M.2 slots in the XPS 15 9500, with one occupied from the factory with the operating system. The company said there are also two DDR4 SO-DIMM slots, which will be occupied from the factory. Dell officials said the M.2 and RAM slots are accessible from the bottom of the laptop without removing the motherboard, as is the case with some competing designs.

Yes, it has a webcam

If you’re wondering if the laptop has a webcam (like who would make a laptop without a webcam?), it does. It’s 720p, like the vast majority out there. The good news: It’s integrated into the top of the bezel, not the bottom as has been the case with some past XPS models, and it also supports Windows 10 biometric login capability. If you don’t want Windows to use your face to log in, you can also use the fingerprint reader integrated into the power button.

Externally the laptop is 13mm narrower than the previous XPS 15 7590. Weight is roughly the same for similar configurations. The battery on the new model is slightly smaller, at 86 Watt-hours versus the 97 Watt-hours of the older generation. Nevertheless Dell says battery life can hit 25 hours. You should know the 25 hours is based on a stripped-down version of the laptop using MobileMark 2014. Although MobileMark 2014 is an industry-standard test, it’s pretty kind. To its credit, Dell lays out other battery life scenarios. The more modern and harder-working MobileMark 2018 cuts battery life to just under 10 hours. Netflix streaming is almost 17 hours, and local video playback is about 18 hours.

A fully-spec’ed out XPS 15 with GTX 1650 Ti, 32GB of RAM, and 4K UHD+ brings heavy battery costs. MobileMark 2014 drops to just under 14 hours, MobileMark 2018 to just under 7 hours, and Netflix streaming to 8.5 hours. Local video playback is about 10.5 hours. That’s no surprise: 4K panels are known to gobble battery life. Dell does have a new low-power 4K panel in its Latitude 7410, which consumes just 3.75 watts, or about 2 watts less than a conventional 4K panel. That would have likely helped increase battery life, but we suspect it isn’t 100-percent Adobe RGB or HDR400 either.

The XPS 15 bids farewell to a beloved port

The XPS 15 is for creators, too

As with the XPS 17, Dell is offering Creator Editions of the XPS 15 to help aspiring creators (but hardware neophytes) know what to buy. For the XPS 15, the Creators Edition will feature a Core i5 or greater CPU, 512GB SSD, and 16GB of RAM. If the person does music production, graphic design, or video, Dell is recommending the discrete GPU option.