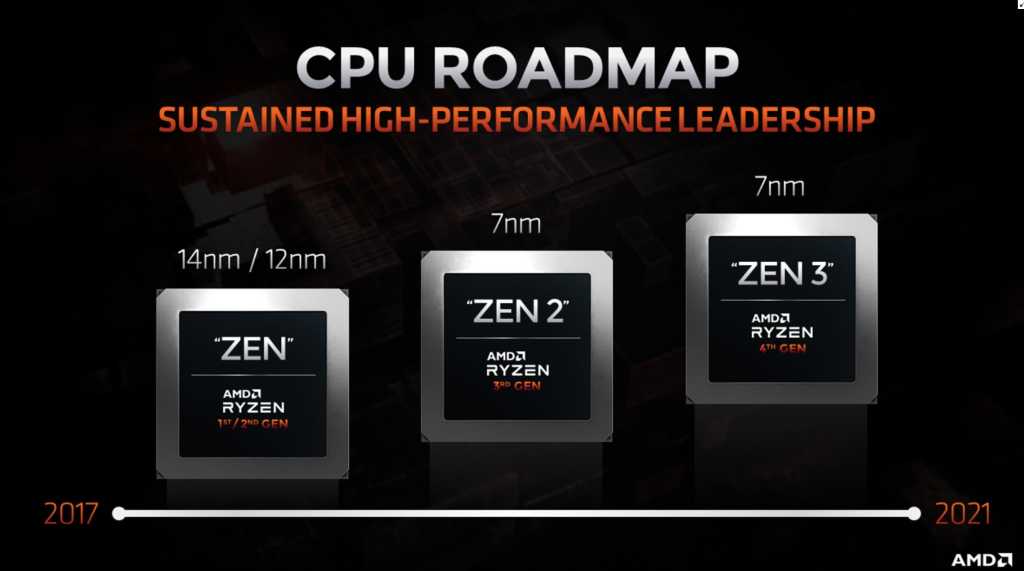 AMD said Thursday that it will continue to use its AM4 processor socket straight through its next generation of Zen 3 processors, fulfilling the pledge it made to continue the socket through 2020.

AMD did say, however, that any chipset before the “500-series” generation—basically, everything but the X570 and B550—will not be supported by AMD’s latest microprocessor architecture, due out before the end of the year. AMD’s still focused on its current Ryzen chips, but has begun to talk about the future in the Zen 3 and Zen 4 architecture.

Those enthusiasts who own a motherboard with an AMD X570 or B550 chipset will be good to go once Zen 3 processors hit the street. In a blog post, AMD noted that replacing a current Ryzen with a Zen 3 chip will require a BIOS update. “Specific details about this update will come at a later time, but we’re committed to keeping you up-to-date,” AMD wrote.

As most know, AM4 represents the physical socket for the current Ryzen processors, and it has remained in place since 2016. AMD customers have been able to swap in the latest processor for their older one, without the need to buy a new motherboard.

“About 9 years ago, we set out to create one CPU socket that could help your PC grow with us,” Robert Hallock, the technical marketing lead for AMD consumer processors, wrote. “It has been an enormous engineering challenge to create a platform that can host so many different architectures and configurations along the way. But we were up to the challenge, and we are still investing in it, because we knew how unique and special it could be. We know it’s daunting to feel like you need to replace all of your core hardware just to get a CPU upgrade. It’s expensive. As enthusiasts ourselves, we totally get it.”

AMD hasn’t always supported each of its chipsets as it moves through processor generations, sometimes dropping the older, budget models. Hallock said the flash chips that store BIOS settings eventually run out of space, the same explanation the company’s used before. AMD recently announced the B550 as its new, premium chipset, with a pair of low-end Ryzen 3 chips in tow.

Somewhat surprisingly, AMD left open the possibility that the AM4 socket may continue past the Zen 3 generation.  “This will depend on the schedule of industry I/O technologies,” Hallock wrote. “Such technology changes typically require adjustments to the pin count or layout of a processor package, which would necessitate a new socket. We have no specific details to share concerning this roadmap or timing right now, but we know it’s important to keep you updated—and we will.”