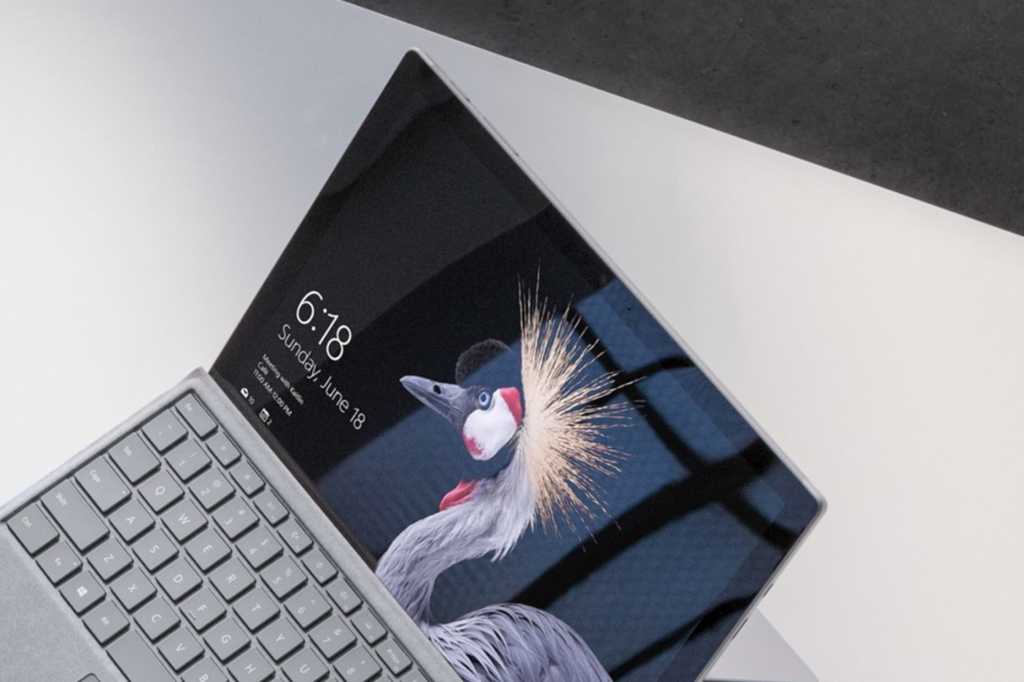 Microsoft’s Surface cameras may now be among the best around, one of many premium touches in Microsoft’s new Surface lineup. So why don’t they have a physical privacy mechanism? Documented cases of hackers listening in on baby monitors has prompted some electronics manufacturers to build them in, from buttons that turned off the microphone in smart speakers, to shutters that slide over cameras.

According to Stevie Bathiche, a Technical Fellow and an Applied Sciences Group lead at Microsoft, that’s because the Surface webcam already notifies you that it’s on, via a small LED light next to the camera itself.

That’s not been good enough for a company like Lenovo, which has built its ThinkShutter privacy shutter into members of its ThinkPad laptop family for some time. That shutters slides over the camera, physically preventing the lens from seeing the outside world. (A small red painted dot informs the user that the camera is blocked.) HP’s recent Spectre devices use a switch that physically uninstalls the camera.

At Microsoft, the LED light suffices. In part, that’s because both the light and the camera are physically disconnected from the system—theoretically, at least, making them more secure. “The light is not software-controlled,” Bathiche said. “The light is controlled by the camera itself, which is detached from the system, which means if that light’s on, it’s sending data, period.

“It’s impossible for that camera to be on, without that light being on,” Bathiche said.

Windows will flag you when your microphone is on, by popping up a mic icon on your Windows taskbar. “That’s one of the things that we felt was important for customers to understand when the microphone’s on,” Bathiche said. Some business laptops, however, go a step further by providing a dedicated key on the keyboard.

Microsoft believes that a layered approach, with trusted, secure hardware working with secure drivers, on top of a secured software stack from the operating system through to the applications, provides enough protection against intruders trying to access your system remotely. And regardless of what Microsoft says, there’s still always tape.