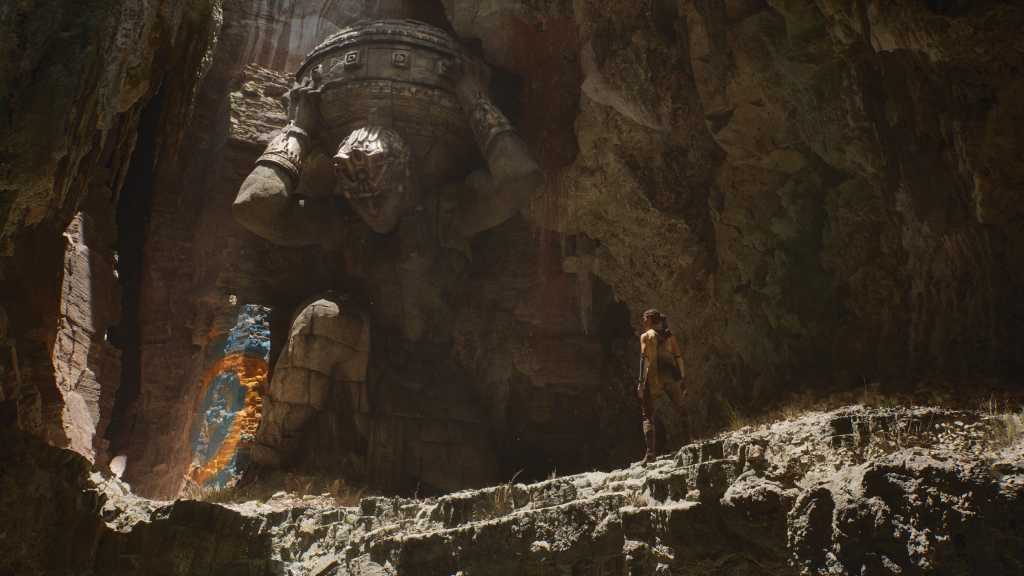 The PlayStation 5 and Xbox Series X are right around the corner, and with new consoles comes a new Unreal Engine. This morning Epic showed off Unreal Engine 5 with a real-time tech demo, and it’s stunning. Will games look like this next year? Probably not. But given Unreal Engine 4’s “Infiltrator” demo now looks pretty much like your average big-budget shooter, it’s only a matter of time.

Today’s demo hinges on two new technologies: Dynamic Global Illumination and Truly Virtualized Geometry. Better yet, they should (hopefully) make it easier for developers to actually create gorgeous visuals like this in their own games.

The first, which Epic calls “Lumen,” governs how light bounces around a scene. Skip to around 2:45 in the demo for examples. The demo is set in what appears to be a bright sunlit cave, but with Lumen disabled it’s revealed that there’s only one light source responsible for everything seen here, every amber highlight or blue-gray shadow. That light—a single spotlight by the looks of it—reflects off the rocks and sand to create a lifelike environment that would typically take a ton of work to achieve.

There’s another example around 5:30, where the player character’s fantasy-flashlight reflects off a bunch of metal objects in a treasure chamber. It’s pretty impressive.

What does that mean? There’s a process called photogrammetry, where developers take detailed scans of real-world objects for use as game assets. Photogrammetry is used to great effect in DICE’s games for instance, responsible for all those beautiful rocks in Battlefront II and Battlefield V.

But the scans you get from photogrammetry are usually way too complicated to bring directly into a game. You need to spend time optimizing them, scaling back unnecessary detail and creating simpler versions of the asset that replace the high-resolution one as you walk away—hopefully without the player noticing. When we talk about a game being “well optimized,” this is part of that process.

At least, that’s what you needed to do with Unreal 4. Now, Nanite can reputedly import and use the highest-quality assets with no extra work. Epic shows off Nanite around the 1:50 mark, and claims these assets are “around a million triangles each” and are layered with 8K textures. From the video, “There are over a billion triangles of source geometry in each frame that Nanite crunches down losslessly to around 20 million drawn triangles.” The video proceeds to claim that individual triangles are usually about the size of a single pixel.

On your end? That means some stunning environments. That’s the takeaway from today’s demo, with some stunning caves and ruins. It’s basically Tomb Raider, but Tomb Raider with the fidelity of a DICE game. This is exactly the kind of “Wow, games can get prettier” tech demo I’ve been looking for since the announcement of the PlayStation 5 and Xbox Series X.

But Nanite and Lumen have a broader impact, one that won’t be as visible to you and I at home: It’ll hopefully make next-gen games (slightly) easier to develop. I love a technical spectacle as much as anyone, but this console generation’s made it clear that we’re fast reaching a breaking point when it comes to fidelity versus labor. Games are taking longer and longer to develop, and becoming riskier in the process. People want games that are 100 hours long and look stunning and play smooth and never, ever stutter and it’s an impossible task for developers.

Unreal 5 won’t completely solve that problem, but it might help alleviate some of the burden—by simplifying asset creation, allowing people to sculpt and paint assets more often instead of building them the traditional way from simple shapes, skip creating normal maps and LODs, making lighting easier to implement in real-time, and so forth. Again, that’s a harder change to quantify on the consumer end, but it’s arguably more important than you and I saying “Oooh, pretty!”

That said, it is damn pretty.

There are other changes coming to Unreal 5 as well. The demo shows off new spatial audio and reverb effects, built-in fluid simulations, and a nifty swarm of bats made with simple particles. It also makes sure to call out the player-character’s floppy scarf, which does indeed look very floppy. Lumen and Nanite are the main two though. Watch the video! As I said, we probably won’t be there next year—but in four or five years? Your average video game might resemble this demo. Pretty amazing.

Even better? Using Unreal Engine is now completely free unless your game makes a million dollars. Do you know how many games make a million dollars? Hint: Not many. Hopefully we see some incredible indie games built on Unreal 5.