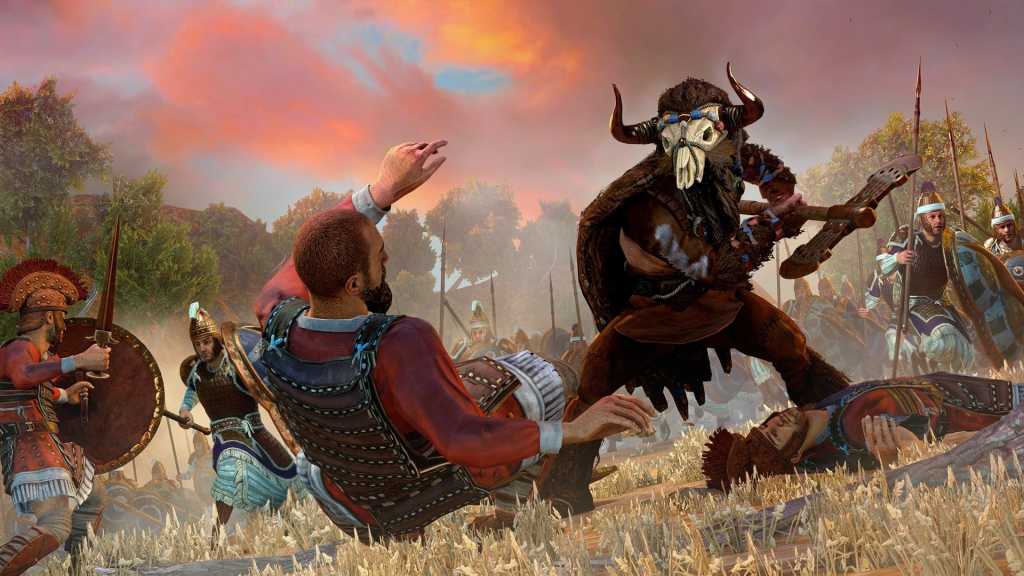 Epic keeps finding ways to surprise me. You’d think simply “giving games away for free” would be enough, and yet the bar keeps rising higher and higher. In May, Epic gave away copies of Civilization VI and Grand Theft Auto V. These were arguably the biggest games Epic had given away to date. They were also (relatively) old.

Now Epic is doing something unprecedented: When it releases August 13, the next Total War game will be exclusive to the Epic Games Store—and completely free for the first 24 hours.

That’s “free,” as in free to keep. Yours, forever. Yes, Epic is giving away a brand new game to all comers. I honestly can’t think of another example like this. Sure, companies have added games they publish to services they own for free on release day. We’ve seen some indie games added to PlayStation+ and Xbox Game Pass on release day. Those are sort-of comparable?

A Total War Saga: Troy will be entirely free though, not part of a subscription. All it will cost you is an email address—if you haven’t already made an Epic Games Store account to take advantage of the last 16 months of freebies. And sure,Total War is a niche series compared to, say,Grand Theft Auto. It’s not that niche, though. Last year’s Total War: Three Kingdoms sold over a million copies in its first month.

The only question is whether Troy will be any good. The Saga games are smaller Total War spinoffs, focused on a single conflict in a small location. It sounds neat in theory but the first of these experiments, Thrones of Britannia, was widely panned at release. For this giveaway to be a success, Troy had better deliver. Nobody wants a free dumpster fire.

We’ll know soon enough. As I said, A Total War Saga: Troy is due to release August 13. We’ll be sure to update you on release day so you don’t miss your free copy.