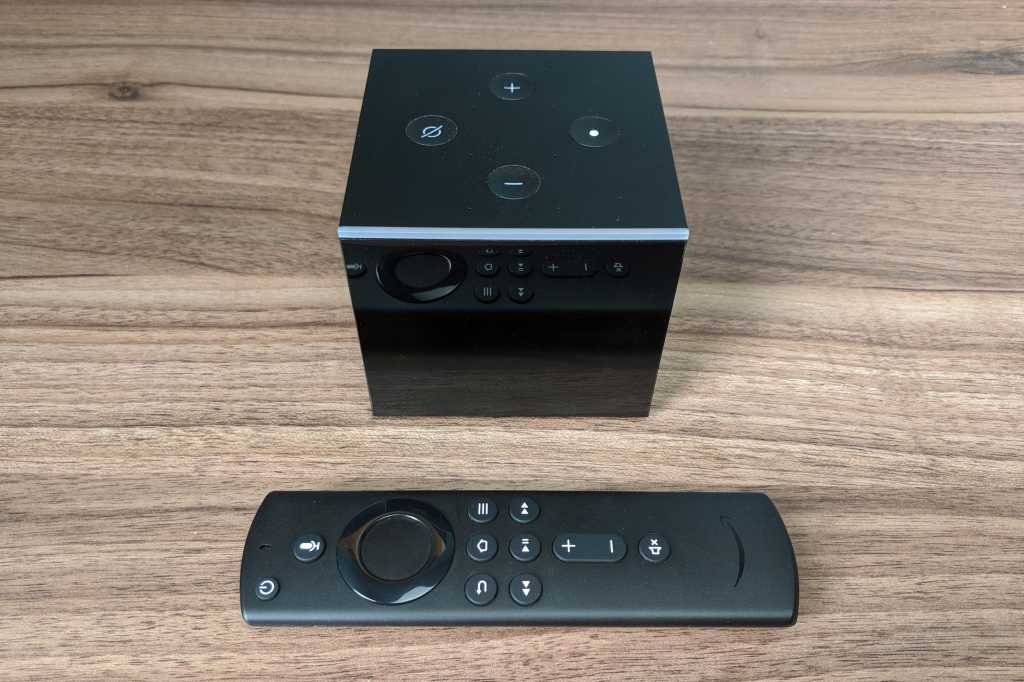 When it came out late last year, we said “at its best, Amazon’s Fire TV Cube feels like the future.” Right now, that future is $20 cheaper. Amazon is selling its Fire TV Cube for $100 instead of the standard $120.

The Fire TV Cube can stream 4K video, and it also supports Dolby Vision and HDR10+. Both are formats for high dynamic range (HDR), a feature that helps create very vivid images by supporting a wider range of colors.

The box comes with Alexa support, which is typical for an Amazon streamer. We found, however, that Alexa support was very nice with the Fire TV Cube. “When you say “Alexa,” it lowers the TV volume to listen for voice commands, and it can switch inputs or turn off the TV using its built-in IR emitters…and it’s the only Fire TV device that can simulate remote-control button presses,” we said in our review.

As with other Fire TV devices, this one supports the usual premium video services including Netflix, HBO, CBS All Access, Disney+, and Amazon Prime Video. There’s also a Sling app for cord cutters.

In the box, you get the cube, power adapter, Amazon ethernet adapter, an IR extender cable, and remote.