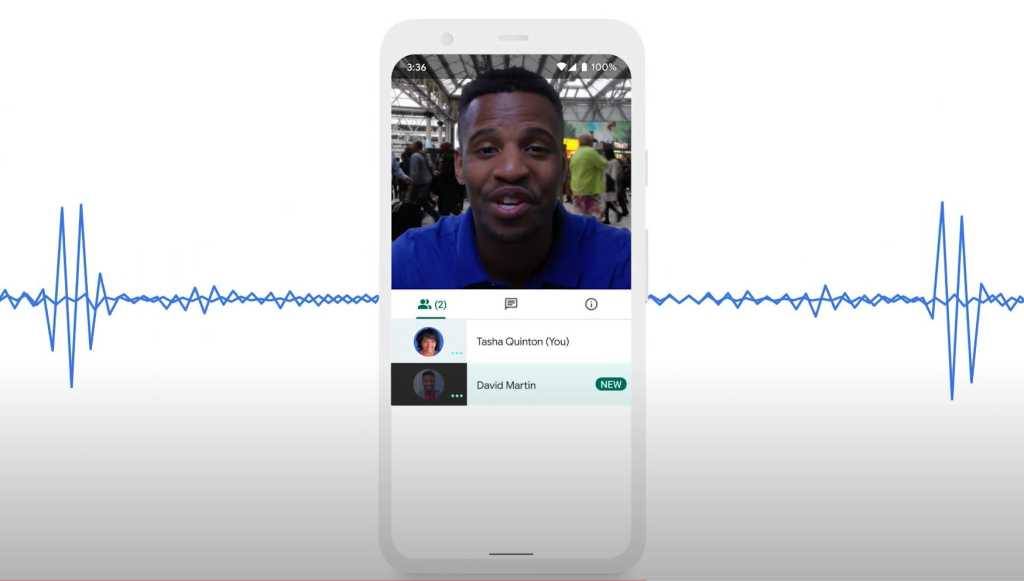 Google showed off a live demo of its new noise-cancellation feature for Google Meet on Monday, and well, it’s just amazing.

Unfortunately, consumers won’t see it anytime soon. Google said in late May that the company would be rolling it out to G Suite Enterprise and G Suite Enterprise for Education customers first, starting with web users and later, mobile users. Google hasn’t said when, or if, its other messaging apps would receive it.

Serge Lachapelle, G Suite director of product management, demoed the new feature in a video posted to YouTube on Monday (embedded below). He also detailed how the technology worked in a separate interview with VentureBeat.

In the video, Lachapelle shows how Meet’s new “denoiser” takes common noises that occur during a call—such as the crinkling of a potato-chip bag, the clicking of a pen, and the clinking of a glass—and filters them out to nearly total silence. The way Meet does this, Lachapelle explained, is to focus almost exclusively on the sound of the user’s voice. In the video, Lachapelle does sound a bit more faint from time to time, but Meet does a remarkable job of even eliminating the sound of clapping and ruler tapping from the video.

More importantly, Meet will perform these functions in the cloud, with no extra hardware needed. While Lachapelle didn’t share his screen, the denoiser presumably works with a toggle on the Meet UI, or at most a settings adjustment. Compare that with Nvidia’s RTX Voice beta, which requires both a pricey Nvidia RTX GPU, some software adjustment, and some app-by-app setup.

Denoisers are now relatively common as tools for audio and video editors, and they’ve begun appearing in other applications, too. We just didn’t expect Google’s software to work so damn well.