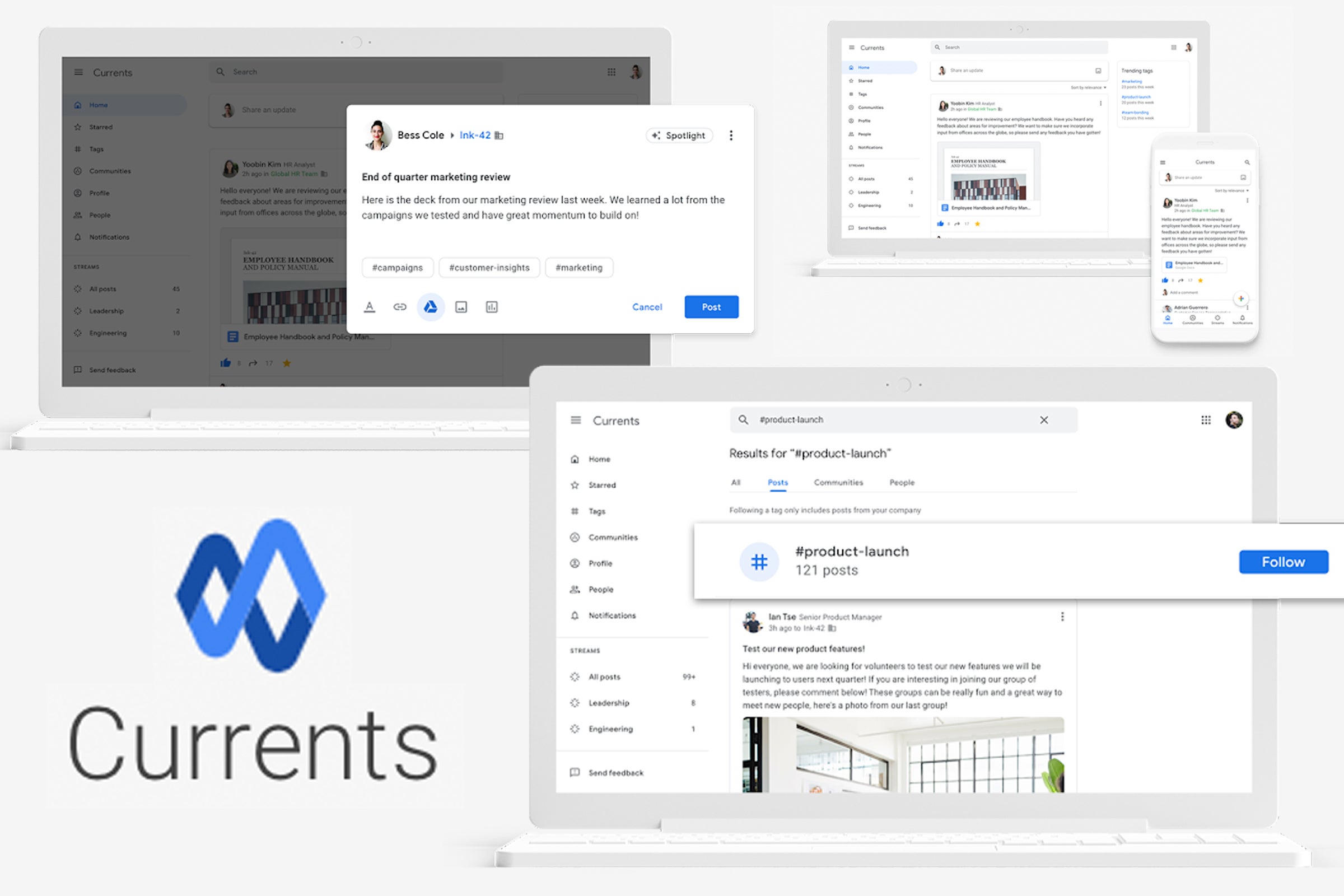 Nobody shed a tear (or really noticed) when Google+ shut its doors last April following a months-long wind-down period, but Google refused to let it completely die. Instead, it rebranded it as Google Currents and gave it an enterprise bent.

After more than a year in beta, Google Currents—which is itself a rebrand of an early Google News app—is finally launching on July 6 but only for G Suite members. It looks a whole lot like Google+ but with a cleaner UI and a focus on productivity. According to the Google Currents beta page, the new network is a place to “share ideas with employees and gather input through meaningful, focused discussions on topics that matter to your organization.”

Whether Currents will ever become a thing people want to use is a big question. When Google announced it was shutting down Plus, it also disclosed a massive data breach that affected some 50 million users. Affected accounts had their name, email address, occupation, and age exposed to third-party developers, regardless of whether their account was set to private. Google blamed that breach on a bug that it says was quickly squashed.

It’s unclear whether Google will attempt to bring Currents to a wider consumer audience like it recently did with its Meet video conferencing service in April. Previously only available to G Suite members, Meet is now completely free for everyone until September, at which point Google will limit non-G Suite meetings to 60-minute calls.

All Google+ accounts that weren’t already deactivated have been converted to Currents accounts, but only for G Suite members. Existing Google Plus links will automatically redirect to Currents. Furthermore, an Android app will be rolling out at some point following the launch.