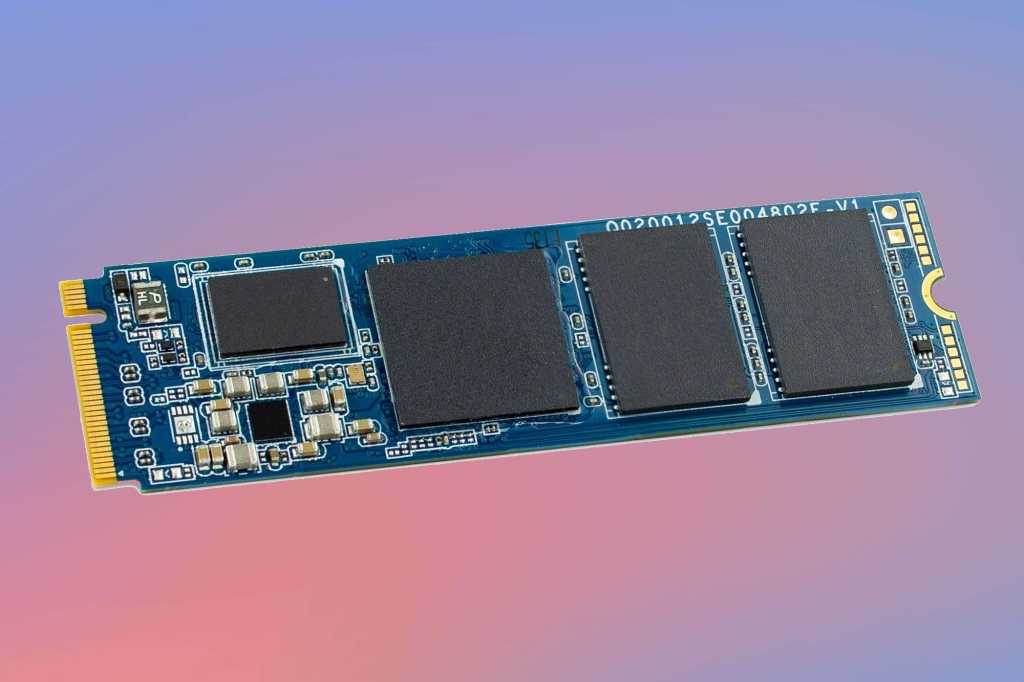 OWC
At a Glance

The OWC Aura P12 is a great SSD for everyday use, even though it’s not a stellar performer with large data sets. The 4TB model provides the capacity some users need.

The OWC Aura P12 has an answer for the lack of capacity in NVMe drives: 4TB. Yes, four terabytes of TLC NAND. Not only does it double the typical maximum capacity of today’s SSDs, it offers excellent everyday performance. However, as you might guess, it’s going to set you back a bit of coin.

OWC makes hay out of the seven-percent overprovisioning, which is generally what you get when you ship in off capacities—240GB rather than 250GB, 480GB rather than 500GB flavors, and so on. It also mentions SLC caching, which is something all TLC NAND NVMe SSDs offer. This means that part of the TLC (stacked 96-layer on the P12) is treated as SLC by writing only one bit. It’s the overhead in writing 3 or 4 bits that makes TLC and QLC slow. The controller on the P12 is a PS5012-E12S by Phison, the company behind many SSDs from second-tier vendors.

The Aura P12 is warrantied for five years; however, there is no TBW (TeraBytes Written) rating. Given the overprovisioning, I’d guess you shouldn’t worry that the drive will wear out in 10 years of normal use, let alone 5.

For the most part, the Aura P12 performed very well. You’d likely never notice any dropoff from the other drives it’s compared to, unless you copy very large amounts of data. However, we did get some unexpected scores with queued 4K files.

As you can see above, the Aura P12 aced the sequential reading and writing tests. Moving on to the next test (below), however, it didn’t do particularly well (for an NVMe drive) with the 4K transfers. Fewer-queue and no-queue 4K transfers lagged by the same amount.

Normally, the results of the 4K tests vary so little that I don’t even include them, but the Aura P12’s were significantly slower than the norm.

In the real world, the Aura P12 tied the Kingston KC2500 when performing 48GB transfers. It didn’t fare as well with the 450GB transfer we also run (not shown), averaging just over 1GBps compared to the KC2500’s 1.25GBps, and the FireCuda’s 1.7GBps.

If you need the room…

The Aura P12 is a fast drive in the grand scheme (including hard drives and SATA SSDs), though just average for the breed. The primary reason to buy one (if you can afford it) is a need for 4TB of storage in a single M.2 PCIe slot. But if you can wait, we’re seeing more of these high-capacity SSDs coming up, hopefully with some price competition.