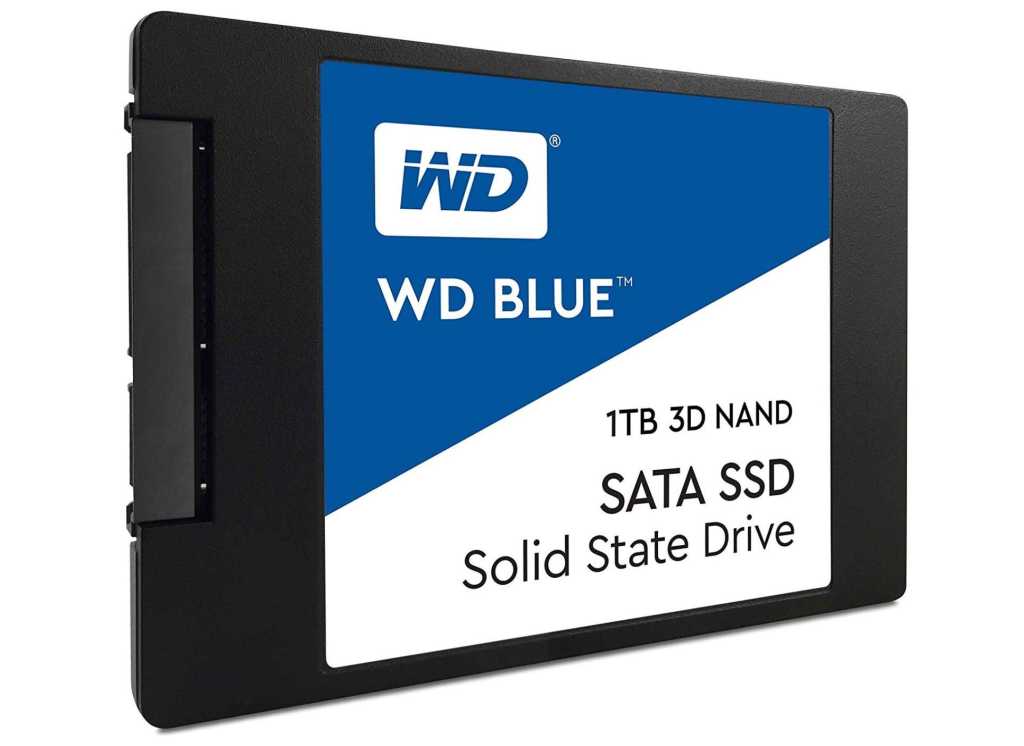 If your PC is busting at the seams from all the games you’ve been downloading, we’ve got just the deal for you: Best Buy is selling the 1TB WD Blue 3D solid-state drive for $100Remove non-product link. That’s $90 off its MSRP and the lowest price we’ve seen for this drive.

This is a 2.5-inch SATA III hard drive appropriate for both desktops and laptops. We reviewed the M.2 version of this drive back in 2017, and it was one of our favorite SSDs for years. While they’re not the same, both versions use WD’s TLC Nand, which solves the write performance issues that dogged earlier TLC Nand SSDs.

WD says the maximum data transfer rate for this drive is 600MB/s, and iIn our tests from 2017 on the M.2 version, we found that sequential write speeds were just under 500MB/s and reads were at 525MB/s. This drive is also rated for 400 terabytes worth of writes before it wears out, all impressive numbers. Bottom line, this is an excellent choice as a primary drive for a laptop without an NVMe slot, or as a secondary drive for a desktop.