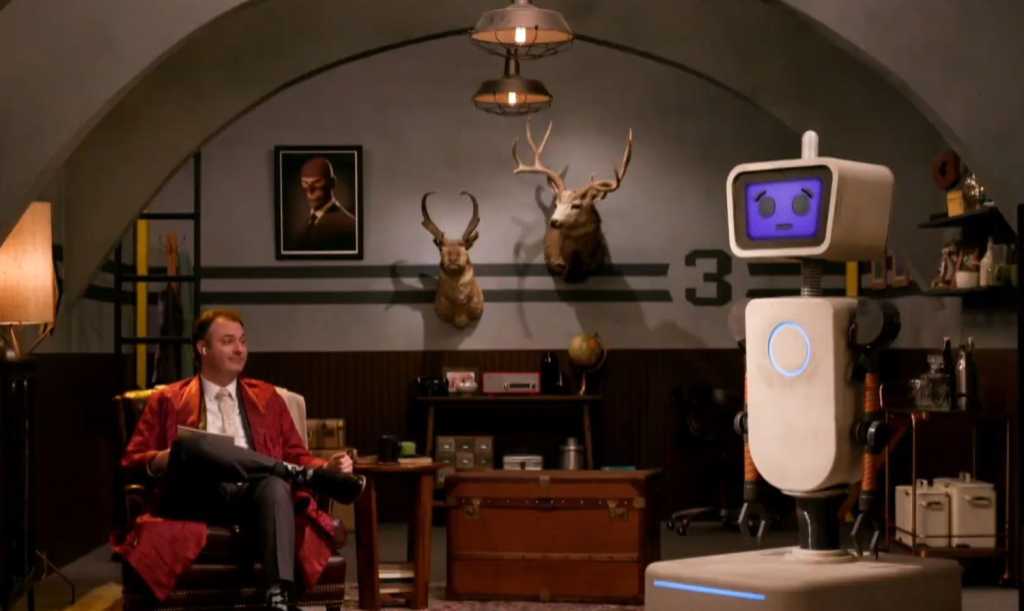 And we’re back for the second part of today’s fake-E3 doubleheader. We covered our favorite announcements from the Guerrilla Collective showcase this morning, but now it’s time for one of our favorite annual traditions: The PC Gaming Show. It’s the show that’s made…for us.

Transitioning seamlessly between big-budget and indie, between mass appeal and niche, the PC Gaming Show always has the best breadth of any E3 showcase, even in a year where E3 doesn’t exist. We’ve rounded up all the best trailers below, including Torchlight 3, Evil Genius 2, the Mafia remake, Mortal Shell, and a whole lot more.

What better way to start the PC Gaming Show than with Valheim, a game that looks equal parts entertaining and janky. Survival game, crafting game, some weirdly low-res textures, stilted movement, huge monsters and some sort-of…wheelbarrow you guide around? Valheim is everything I love about this show.

We’ve been waiting for Ooblets for years now, but hey, it’s finally (almost) here. Ooblets still looks cute as heck, and I’m excited to pat some little goops on the head, to listen to some cute tunes and build a lil’ farm and enjoy being outside and—wait, can you tell I’ve run out of Animal Crossing to play?

You want more Torchlight? You’re getting more Torchlight. I feel like that’s not quite as exciting as it was when the first (or even the second) Torchlight debuted, when Diablo-style action-RPGs seemed all-but-dead. That said, Torchlight’s never let me down, and I’m down to click-click-click on a bunch more enemies—especially now that they scrapped the free-to-play model they started development with. Best of all? It’s available in Early Access right now. Yeah, one of those announcements.

It’s taken six years, but Elite: Dangerous finally allows you to get out of those boring ol’ spaceships and use the most exciting mode of transportation: Your own human legs. Please, please, hold your applause. Jokes aside, it’s been interesting to see Elite: Dangerous develop alongside Star Citizen. The former is rapidly catching up to the latter’s vision, only as a live service game instead of a project shrouded in mystery. I don’t know if either path is necessarily “better,” but I’m looking forward to walking around some of Elite’s planets next year.

Another “It’s available now!” game, though this one leaked beforehand. Persona 4 was first released on the PlayStation 2, and the Golden update on the PlayStation Vita. That’s made it difficult to (legally) play for a while now, so I’m happy to see Persona 4 Golden make its way over to Steam. Not sure I have the time to play it, but it’s cool nevertheless.

“The studio that brought you Nightmare House 2” sure is an ominous way to open—and indeed, this trailer is full of spooky eyes and spooky mannequins and spooky meat lockers and all the ol’ spooky standbys. There’s a demo on Steam right now, which seems like a good way to get acquainted.

Airships are cool. That’s pretty much the sum total of my impressions from this trailer. I have no idea what you do. For all I know you just build airships and admire them. Somehow I doubt it’s that peaceful, but we’ll see.

I’m excited for Amplitude’s Civilization competitor Humankind. Not much here that we haven’t seen before, but the fact that your faction grows and evolves over the course of each game is intriguing, and I already know Amplitude can build a great 4X game. If you want early access to Humankind, it sounds like you can head to the game’s new “OpenDev” site and sign up to give beta feedback. Maybe I will.

I can’t really figure Icarus out. When the trailer started, I thought this was a creepy space-horror game, a la Observation. But nope! This is Dean Hall’s new game, and like DayZ it’s a survival game at heart. Hall talked up the idea of “medium-term” survival though, with your character dropping onto the surface for only 20 or so minutes at a time, with the idea that you need to get back to orbit before the time limit expires or lose all your gear.

The survival genre is crowded these days, and not only has DayZ come and gone, so has an entire generation of games inspired by DayZ. Can Icarus carve out a niche? Does Dean Hall’s name carry any weight after he abandoned DayZ? We’ll see.

Evil Genius 2 was announced three years ago, so I’m surprised today is the first time we’re seeing the game in action. I had a moment where I thought “That can’t be right,” but hey, they said it in the show. It must be true. It’s looking good, keeping the style of the original but with a smoother and more colorful art style. Hopefully the wait and the hype weren’t all rose-colored glasses.

Godfall was technically the first game confirmed for the PlayStation 5, and up to now that’s been its sole claim to fame. But hey, it’s coming to PC as well. Godfall is a gear-driven game you play from third-person, so either “Modern Kingdoms of Amalur” or “Fantasy Destiny” or “Devil May Cry with loot” or whatever. Today’s footage looked pretty damn rough, so hopefully the game’s a bit more polished before it releases this winter, but at least now it’s more than a flashy next-gen teaser.

It’s been a long time since Ace Combat’s had any real competition. Project Wingman looks like it’ll scratch the same itch though, flying the fastest jets in terribly unsafe ways. Looks like there’s a demo if you’re interested in giving it an early try.

Imagine if Disney Infinity didn’t need the Disney license, and…still existed. Blankos Block Party looks like Disney Infinity but…more. It’s got a cartoon-shooter aesthetic, but built from oversized toys, and with a flexible level designing tool you can drop into and make some wild creations. “A mountain of junk food” is the standout from the trailer, but I trust the community to make some really weird stuff. Pretty cute.

Everspace was a beautiful space sim saddled with a kind-of repetitive and tedious roguelike element. I’m not sure if that repetition is making a return for Everspace 2, but I hope not. This trailer looks gorgeous and action-packed, and the seamless planet (and inside-the-planet) transitions look neat. I’m already itching to give it a try—but not if I’m going to need to bang my head against a wall to finish it.

The first Total War Saga game, Thrones of Britannia, was a low point for the series. I’m hoping for better from Troy. The Saga games are focused on smaller locales and eras than the mainline Total War games, and Troy seems like a great fit. One city, battle after battle—and with mythological elements that should allow the team to fold in some of the Warhammer mechanics. It sounds like a winning combination, but I guess we’ll find out in August. Better yet, it’ll be absolutely free on the Epic Games Store for its first 24 hours.

I think I expected Remnant: From the Ashes to live for a little longer than a year. Alas, the end is apparently coming in August, one year after the initial release. Subject 2923 looks Norse-inspired, or as Norse-inspired as anything in Remnant: From the Ashes could be. I’m especially curious about that big guy with the antlers, though I admittedly couldn’t tell you the first thing about Remnant’s “story,” such as it were.

The Mafia II: Definitive Edition is already on Steam. The original Mafia is still a few months away though, in part because it’s a full-fledged remake. The story beats are there, the city is there, but everything’s been rebuilt from scratch to look like a modern game. I’m not sure this iteration of Mafia will stand out as much as the original did in 2002, but it’s nice to see this cult classic get so much work put into it, this many years later. Now if only Legacy of Kain…

All I need is a cute animal to sell me on a game I guess. I don’t know if Potionomics is really my speed, but you have a little owl companion! And he helps you make and sell potions! If you don’t find that cute, I don’t know what to tell you. There are a lot of systems at play here too, with a potion crafting component and some sort of card-based haggling layer as well. Interesting.

We already saw quite a bit of Mortal Shell on Wednesday during the IGN Showcase, but I’m happy to sit through another trailer for this Souls-like. And I mean, really Souls-like. Mortal Shell isn’t shy about throwing around the Dark Souls name, and it looks like it wants to be the Dark Souls 4 that From Software isn’t interested in making. As I said Wednesday, that’s a precarious position to be in, inviting comparisons Mortal Shell might not live up to in the long run. But hey, I’m not going to stop them from trying.

Side-scrolling brawlers are en vogue right now, so I guess it’s no surprise we’re getting one that’s fantasy-themed. Blightbound looks pretty neat, like Gauntlet crossed with Golden Axe. A weird combination, but I’m ready to take a break from punching an endless river of dudes and pick up a sword.

Raphael Colantonio left Arkane a few years back to found a new studio, WolfEye. That studio’s now bearing fruit with Weird West, which we saw at the Game Awards in December. Until today, I thought this was merely a story-driven tactics game, but the top-down perspective is a bit misleading. It’s apparently an immersive sim in the vein of Dishonored or Prey, but with that overhead perspective. That’s a strange mashup and I’m not 100 percent sold yet, but I love me a supernatural Western and the concept is strong. Look for a demo later this month.

We went and demoed Amazon’s MMO New World in early 2019, and at the time it seemed like the game was just around the corner. Then it disappeared for over a year, presumably because…well, nobody seemed to enjoy the demo much. Now New World is back for a second try, and maybe this time it’ll stick. Maybe. The latest release date is August 25. Hopefully Amazon pushes this one harder than it pushed Crucible last month. Can’t have a multiplayer game without a multiplayer community.

The Last Campfire certainly isn’t what I expected for Hello Games’s follow-up to No Man’s Sky. I’m into this trailer though. It’s quiet and sad and intimate and while I have no idea what you do here, I’m already feeling it tugging at my heartstrings.

I loved the first Outlast, was sour on the second, and am very unsure how I feel about a co-op third entry. Much of my love for Outlast stems from creeping through cramped hallways by myself, listening for footfalls with bated breath. Bringing in friends? I’m not sure that engenders the same sense of terror. Here’s hoping, though.