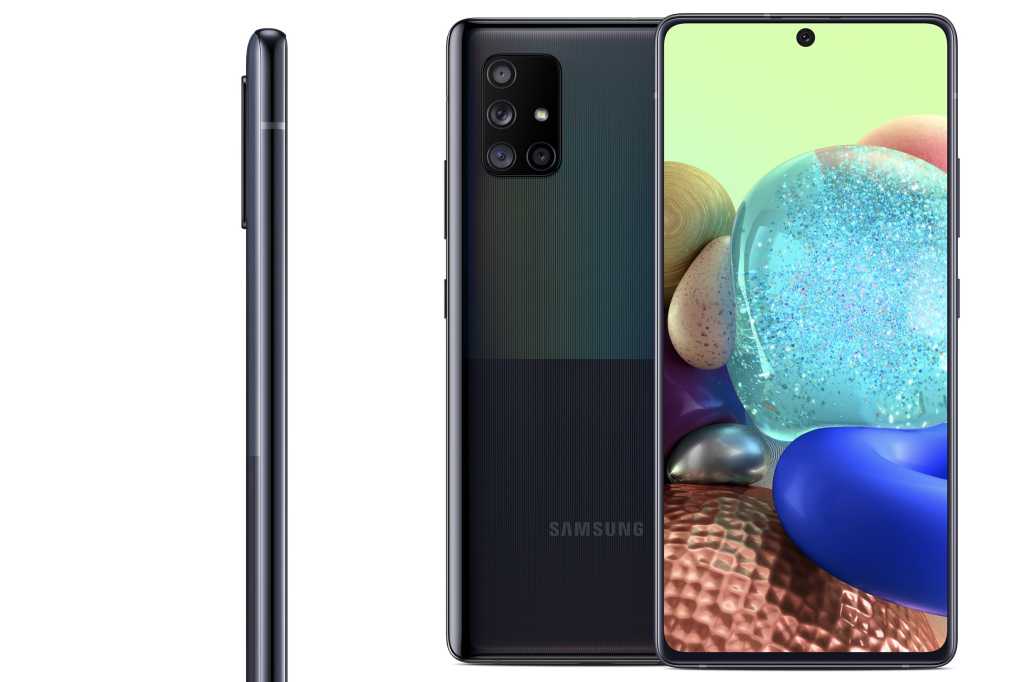 No matter what the rest of 2020 brings, one thing is certain: Samsung really wants you to buy a 5G phone. After rolling out an all-5G Galaxy S lineup earlier this year, Samsung will begin selling the A71 5G on Thursday with a starting price that’s hundreds of dollars less that the cheapest S20.

The Galaxy A71 is one of the first phones to use the Snapdragon 765G processor, which is a lower-cost alternative to the pricey 865 that powers the 2020 Android flagship phones. Qualcomm’s latest mid-range processor should bring significant speed boosts over last year’s 700 series phones with better power efficiency. And like the non-5G A71 released internationally earlier this year, the rest of the specs aren’t too shabby either:

That’s basically a lower-cost Galaxy S20+ with a lower-resolution display and slower processor that costs half as much. And you get a new design as well, with a nice two-tone rear case that’s something like the Pixel phones of old. It doesn’t appear to have wireless charging, however, though it does offer 25W fast charging with the bundled power adapter.

But the real benefit is the 5G modem. Since it’s integrated into the chip, battery life should be decent, and mobile speeds will be fantastic, at least when they’re available. For now, the A71 5G is exclusive to T-Mobile and Sprint, and as such it only supports the sub-6Ghz network. But T-Mobile’s 5G coverage is far more widespread than Verizon’s, so Samsung is clearly making a play for ubiquity. Samsung says the phone will be coming to Verizon and AT&T “later this summer.”

The Galaxy A71 will be available for purchase beginning Friday, June 19 at T-Mobile and Sprint stores and Samsung.com for $600.