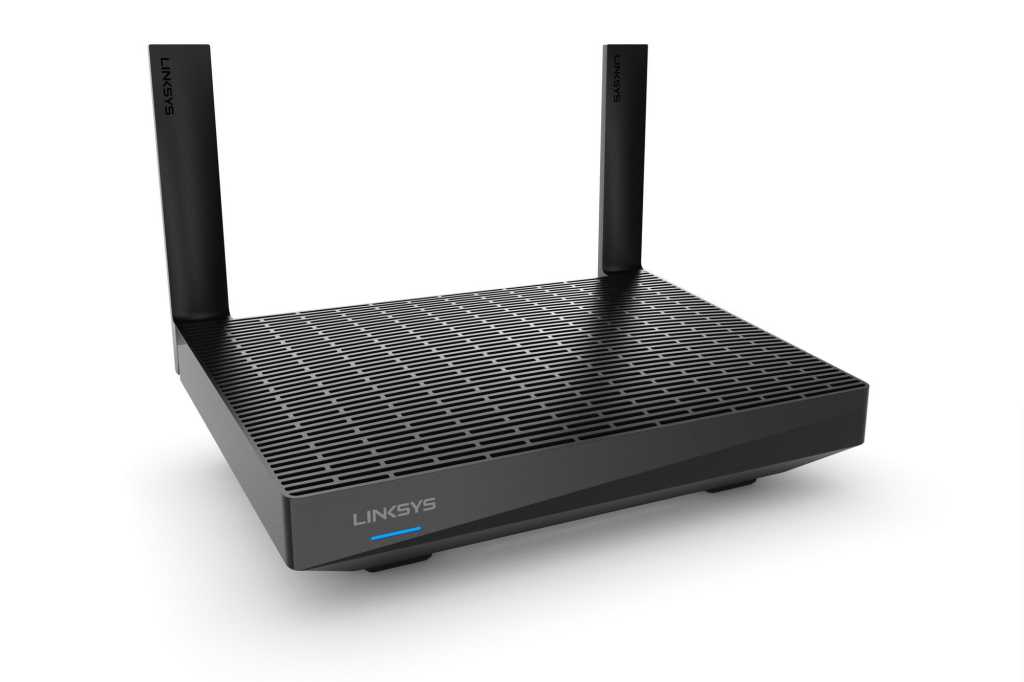 Linksys is expanding its Wi-Fi 6 product portfolio with a new, lower-cost router: The $150 Max-Stream AX1800 (model MR7350). The new device can be set up as a primary router to cover homes up to about 1,700 square feet, or it can operate as a mesh node on any Wi-Fi 6-based mesh network where another Linksys MR7350, a Linksys MR9600, or a Linksys Velop is the primary router.

This is a dual-band router supporting two simultaneous spatial streams in each direction to deliver maximum theoretical throughput of 574Mbps on its 2.4GHz network and 1,201Mbps on its 5GHz network. The MR7350 has one gigabit WAN port, four gigabit LAN ports, and a USB 3.0 port that can be used to share storage over the network.

The MR7350 looks more like conventional router than the columnar devices in the Linksys Velop product line, and the company is targeting consumers who have bought their first Wi-Fi 6 client—a new smartphone, for instance—and want to get the full benefit from it.

Linksys is also shipping two other new routers that it announced at CES. The $400 MR9600 is another dual-band router in a similar form factor as the MR7350, but it supports four spatial streams in each direction to support maximum theoretical speeds of 1,147Mbps on its 2.4GHz network and 4,804Mbps on its 5GHz network. Linksys claims nearly twice the range for this router: up to 3,000 square feet. Like the MR7350, it is also outfitted with one gigabit WAN port and four gigabit LAN ports, but it has two USB ports instead of one.

Finally, Linksys will ship the Linksys Velop AX4200 Whole-Home WiFi System this fall. This tri-band Wi-Fi 6 mesh router will operate one network in the 2.4GHz spectrum and two discrete networks on the 5GHz spectrum (by splitting the available radio channels). It will use Linksys’ dynamic backhaul technology to automatically pick one of its two 5GHz networks for wireless backhaul. It will be available in a three-pack for $500.

Updated shortly after publication to clarify that the Linksys Velop AX4200 will ship this fall, not immediately.