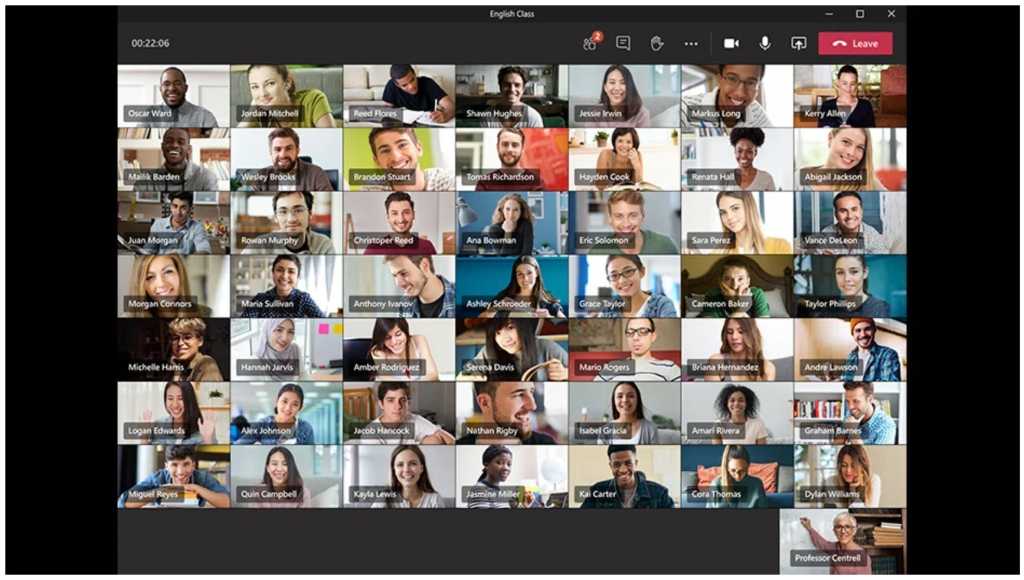 COVID-19 ushered in a wave of unexpected distanced learning into schools. With the pandemic persisting, schools are spending their summers planning for the fall. Microsoft issued its own lesson plans for Teams on Monday, with an expanded gallery view and more analytics arriving in time for the next academic year.

Several new features will be of importance to educators, parents, and students:

None of the new features expressly leverage other capabilities in Microsoft Office, which has traditionally been Microsoft’s wedge to help establish Teams. But the company noted that municipalities and even entire companies quickly switched to remote learning via Teams. The United Arab Emirates, for example moved all its 650,000 students to Teams after the pandemic hit.

Zoom, Microsoft’s most popular rival in online video calls, already offers a 7×7 gallery view that allows for the faces of 49 participants to be seen. Now, Microsoft is expanding from a 3×3 view to the new format. The company said the 49-person view will debut in preview in June and reach general availability for the fall.

Microsoft will steal a page from Zoom and add Breakout Rooms, which will also debut in the fall. Microsoft didn’t offer any additional details. According to Zoom, however, Zoom meeting participants can be assigned to their own Breakout Rooms automatically or manually by the host, allowing them their own private audio, video, and screen sharing capabilities. With Zoom, up to 50 Breakout Rooms can be created.

Microsoft is adding a new trends view for its Class Insights, which has become more important as students drop in and out of online classes. (A child of one of my neighbors had to skip several high-school classes unexpectedly over several weeks while his parents recovered from the coronavirus.) Though the 7×7 gallery view may be Teams’ flashiest new feature, keeping track of students and their participation may be the most important addition for educators.

”For educators, traditional lesson plans do not always translate digitally—and in many cases, teachers are finding they can’t recreate the school day with just live sessions,” Microsoft said in a blog post. “According to our community of educators, over half said ‘keeping students engaged digitally’ and ‘student participation’ are the top challenges they faced during remote learning.

Class Insights will provide data on which students attended, interacted, turned in assignments, and more, including grading. Teams for Education is adding a feature for students to signal their teachers, called Raise Their Hands, announced in March. The trends view will be in place by the time fall classes begin, Microsoft said.

Teams will add a new Lobby, a feature that is already in Zoom to help limit “Zoom bombing” and other unwanted intrusions into the meeting. The new Lobby will be joined by new meeting options that will prevent students from beginning the meeting without the teacher present.

Microsoft is also encouraging educators to tie in apps like FlipGrid, a social video discussion platform Microsoft bought in 2018, and Minecraft for Education, which takes the popular game and applies it to classrooms. Additional features like Immerisve Reader can help students who find it difficult to read text, while Background Blur can be helpful to keep students on task and protect their privacy. Recently, Microsoft made it easier to allow custom backgrounds by creating a dedicated folder for custom images. A more complicated version of the custom backgrounds feature had been in place for several months.

This story was updated at 3:17 PM with additional detail.