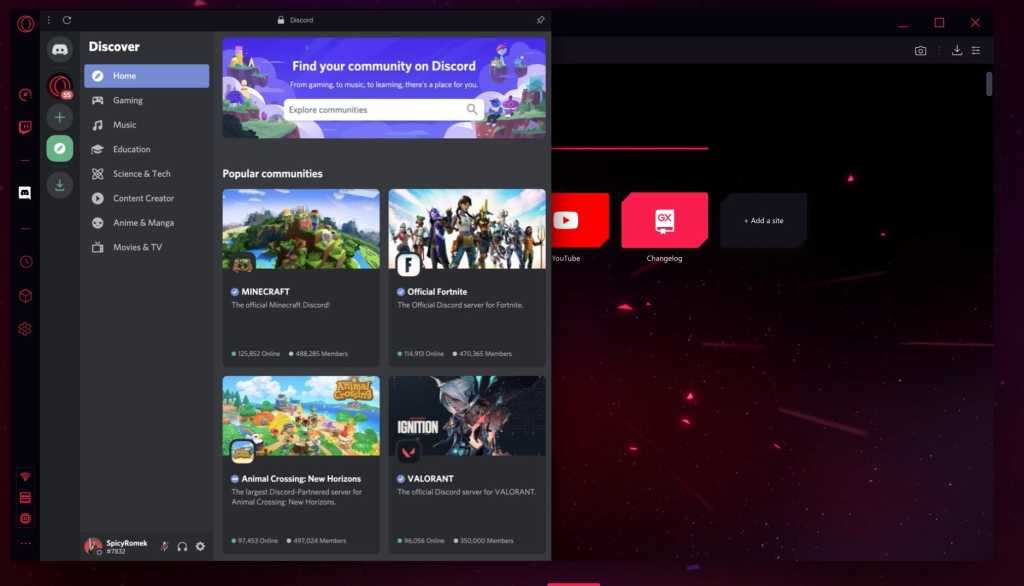 Opera debuted Opera GX a year ago, and the company celebrated its first birthday by announcing the new features as well as its userbase: a relatively small 3.5 million users per month. But the free Opera GX browser contains most if not all of the features of the standard Opera browser—which, unfortunately, has fallen to near the bottom of our performance tests.

Opera GX works to correct that, though that’s not the focus of its current release. Opera GX’s sidebar already allows you to dock services like Instagram and various messaging apps like Telegram and WhatsApp. Now it’s added Discord, the popular messaging app oriented around specific topics, such as Minecraft or PCWorld, or the Opera GX Discord server itself.

The GX browser has also added an ability to “force” dark pages, an ability that not all webpages provide. (Opera said this was a beta option, and you’ll have to explicitly turn it on.) Turning the option on can add a black background to a webpage, a relief to those surfing late at night or in a darkened environment. Opera GX also allows you to sync the browser with Razer’s Chroma lighting, if that type of aesthetic matters to you.

From a performance standpoint, the most significant addition to the new version of Opera GX is the ability to kill “hot tabs,” which lets you identify the most resource-draining tabs and quickly kill them. (Windows Task Manager allows you to do this, as well.) Opera GX already allows you to set limits on the amount of memory and CPU resources the browser, including “soft” limits that prioritize the experience, or a “hard” limit that enforces your restrictions to favor gaming or streaming instead.

Opera GX can be downloaded for free for Windows.