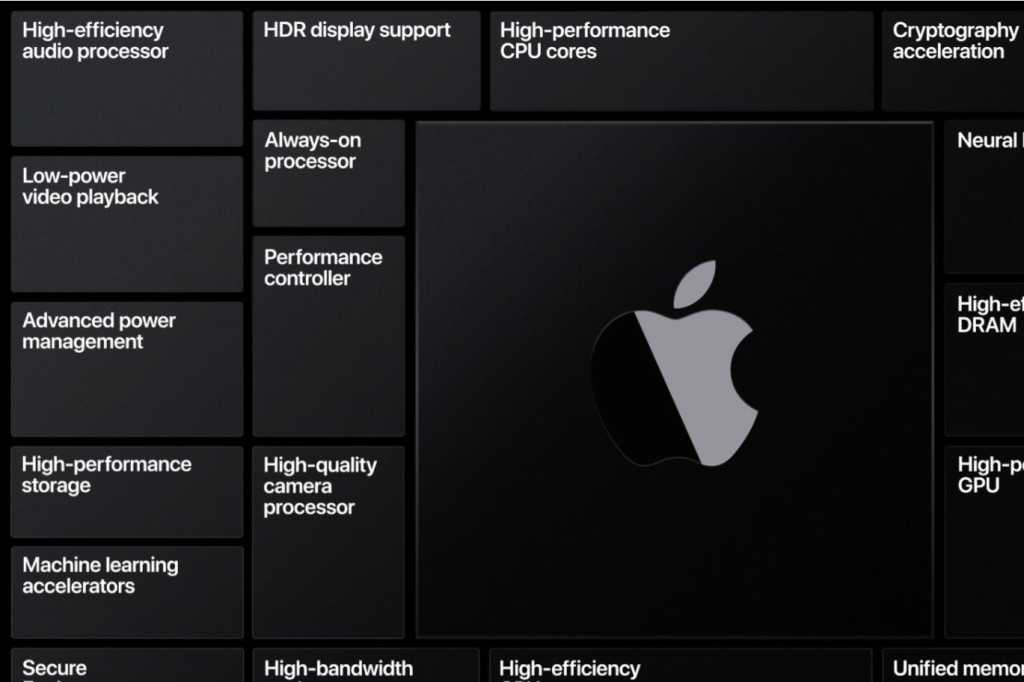 Apple finally dropped its long-awaited bombshell: Apple’s Macs are switching to its own internally-developed ARM silicon, and the transition will begin before the end of the year.

Apple made the announcement on Monday, as an unofficial “one more thing” at the end of the opening keynote of the company’s Worldwide Developer Conference (taking place virtually because of the coronavirus pandemic). The custom silicon will be supported by the next iteration of Apple’s MacOS, code-named “Big Sur.”

Apple has maintained for some time that its iPad Pro is actually faster than the majority of PC laptops. Apple executives reiterated that claim in the WWDC presentation. Johny Srouji, senior vice president of hardware technologies at Apple, said that Apple has already shipped 2 billion of its own “most optimized, highest performance chips” as part of the iPhone and iPad.

Apple’s ARM-powered processor for the iPad is known as the A12Z Bionic. Apple showed off a Mac powered by the same chip, with 16GB of memory behind it. The synergy will have an unexpected bonus: because the A-series chips were originally designed for the iPad and iPhone, Macs with them inside will run apps written for iOS as well. It’s reminiscent of the way Chromebooks run Android apps.

How the Mac transition to ARM will work

Apple’s Mac transition from the PowerPC to X86 took years. Now Apple’s X86-to-ARM shift is in the works, and it, too, will require at least a two-year transition, Cook said.  Apple is justifying its performance claim based on the tight integration of MacOS and the silicon, allowing each to take advantage of capabilities designed for the others, such as a secure enclave being built into the new Mac silicon, and a neural engine that will help speed up machine learning.

On Windows, apps written for ARM processors manufactured by Qualcomm have struggled with a fundamental limitation: Unless the code is written natively for ARM, the apps have to be emulated. Even so, ARM processors won’t run 64-bit apps written natively for X86. Though more apps are being written for ARM, the Windows-on-ARM ecosystem has been hampered by the lack of developer support. That could change, on both platforms, as Apple’s commitments spurs developer interest.

Apple will ship a version of Rosetta, called Rosetta 2, that will step in and translate code written for X86 to the new ARM instructions, on the fly. That will provide a stopgap until new developer apps are written for the ARM platform. “Universal2” apps will run on either ARM or Intel.

Because of Microsoft’s early commitment, Apple was able to show off Word, Excel and PowerPoint running natively on the new platform. Craig Federighi, Apple’s senior vice president of software engineering, showed off games like Shadow of the Tomb Raider as well, with lighting effects.

Srouji had previously claimed that the GPU in the new Macs would be orders of magnitude better than in previous generations. Adobe’s Creative Cloud apps, including Lightroom and Photoshop, were demonstrated on the new platform. Apple also showed a Linux virtual machine via Parallels.

Some analysts, however, didn’t see the point behind the Mac’s transition between the X86 and ARM platform.

“I am very disappointed Apple didn’t provide a lot of technical details to give confidence to users and developers in the ARM-based processor Mac experience,” said Pat Moorhead, principal at Moor Insights, in a direct message. “We know Apple will profit from a reduced BOM cost, but before developers lift a finger, they should ask themselves what they get from making investments to changes any of their code.”

Apple unveiled a Quick Start program to help developers transition to the new platform. The Developer Transition Kit, which will ship soon, will include a Mac Mini with the new A12Z SoC inside, plus 16GB of memory and a 512GB SSD.

As for Intel, the jilted partner put its best face on the matter.

“Apple is a customer across several areas of business, and we will continue to support them,” the company said in a statement. “Intel remains focused on delivering the most advanced PC experiences and a wide range of technology choices that redefine computing. We believe Intel-powered PCs—like those based on our forthcoming Tiger Lake mobile platform—provide global customers the best experience in the areas they value most, as well as the most open platform for developers, both today and into the future.”

Updated at 1:02 PM with additional details, including a comment from Intel, and at 2:49 PM to clarify the ARM transition.