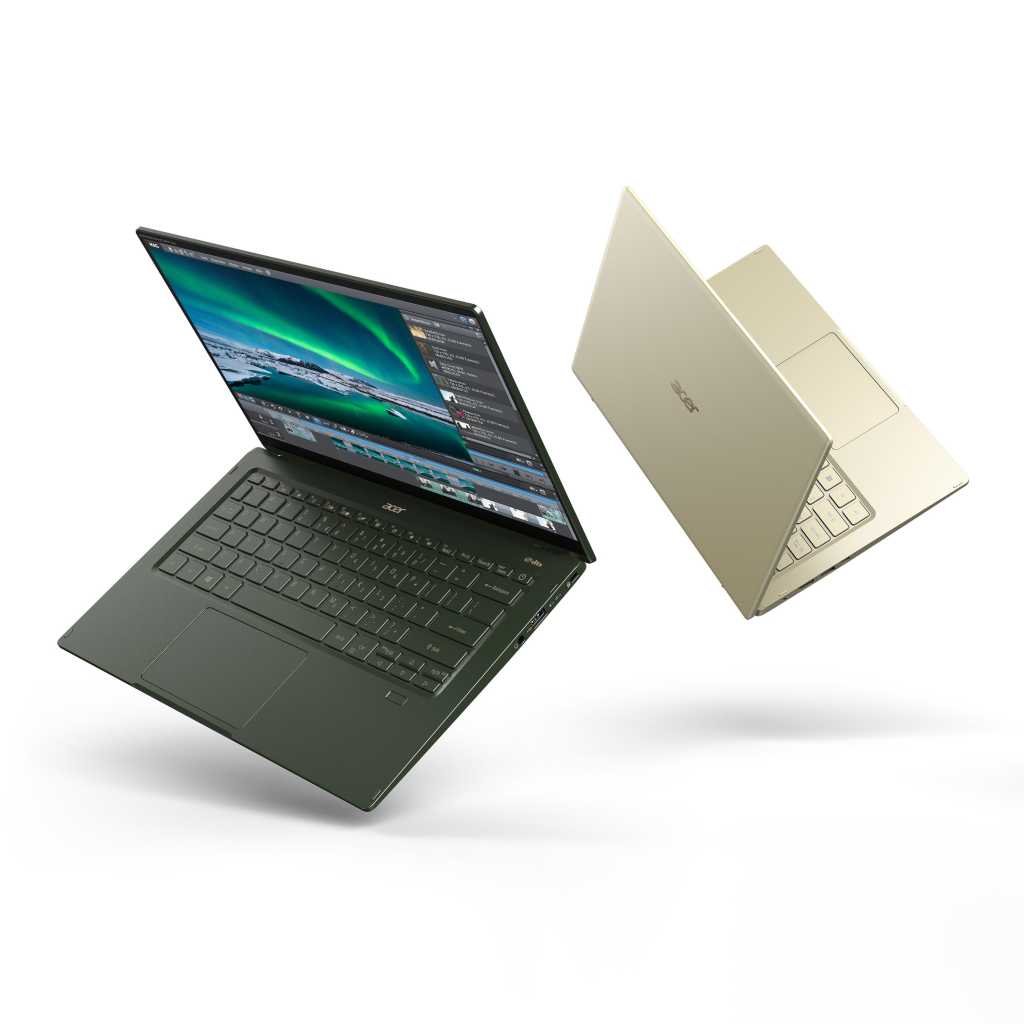 Acer’s Swift 5 appears to be the first laptop containing Intel’s expected “Tiger Lake” microprocessors, which is in turn Intel’s first chip to bring its “Xe” graphics to PCs.

Acer didn’t formally identify the Swift 3’s microprocessor as “Tiger Lake,” though referring to it as being powered by the “next-gen Intel Core processors with powerful integrated graphics based on Intel’s new Xe architecture” is a tipoff—Intel announced Tiger Lake last year, in conjunction with the Xe graphics technology.

Acer announced the new Swift 5 at its “next@acer” event Tuesday morning, which was livestreamed due to COVID-19 pandemic travel restrictions. The company didn’t reveal many details about the new ultralight laptop, though it will be available in North America for $999.

When Acer says “ultralight,” believe it. The Acer Swift 5 (SF514-54T-76PY) we reviewed earlier this year weighed in at 2.18 pounds. Acer said its new Swift 5 (SF514-5) should weigh less than 2.2 pounds. The earlier and new models appear largely identical, with 14-inch IPS displays. Though the performance of the early-2020 Swift 5 suffered a bit, we’ll have to see what the combination of Tiger Lake and an optional Nvidia next-gen GeForce MX350 GPU has in store.

The laptop will not include a discrete Xe GPU, though that’s still expected in 2020. Intel has said previously that its first entry into the discrete GPU graphics market should take place this year, though the marketing guru behind the effort, Chris Hook, jumped ship at the end of 2019.

Normally, we wouldn’t expect many chassis design revisions between generations. This time is different: The latest Acer Swift 5 includes a new hinge that slightly elevates and angles the keyboard, providing a more ergonomic typing experience and better thermal performance. Acer says buyers will also have the option to specify an antimicrobial coating on all exposed surfaces save for the screen, helping to reassure users concerned about the coronavirus or other germs. (The display is coated with a special antimicrobial Gorilla Glass coating, too.) You’ll have color choices of “Mist Green” or “Safari Gold,” with gold accents.

Acer doesn’t specify what resolution the display will include, though we’d suspect 1080p based upon previous models of the Swift 5. The screen is rated for 300 nits, just above what we consider adequate for everyday use, with a 90 percent screen-to-body ratio and a 72% NTSC coverage.

Inside, Acer has included what we suspect to be the Tiger Lake processor and the GeForce MX350, though Acer’s not listing the exact specifications at this time. The company did confirm, however, that there’s up to 16GB LPDDR inside, plus PCIe SSD storage options up to 1TB. Three thermal modes (silent, normal and performance) will be supported. And yes, there are two battery options: a 40Wh and a 56Wh, which adds a bit of weight.

Here are all the specs Acer gave us: