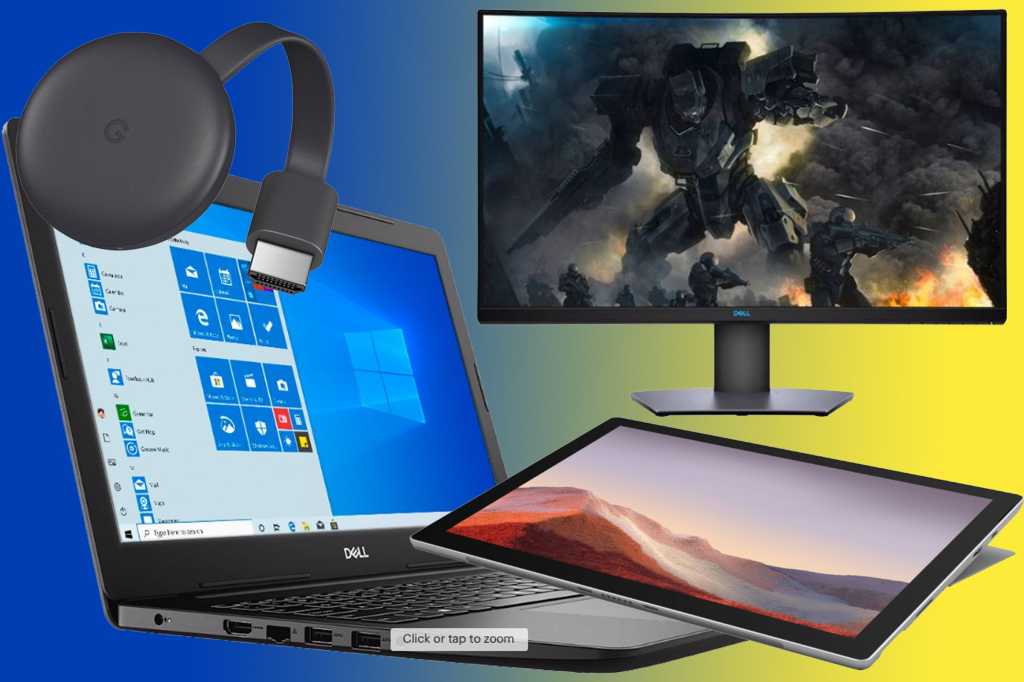 Best Buy is in the middle of a four-day sale with some tasty deals on PC gear including laptops, monitors, and more. If you aren’t a PC shopper you can also find deals on smart home gear, mobile devices, and smart TVs. Here are our top picks from the sale.

Next up is the Dell S3220DGF monitor, a 32-inch curved display with 1440p resolution for $360Remove non-product link instead of its usual $450. Why would you pay that much for a 1440p monitor? Well, the curve is nice for game immersion, and it’s got FreeSync. The biggest selling point, however, is that it supports high-dynamic range (Vesa DisplayHDR 400), which offers greater ranges of colors for a far more vivid display. Even on a 1080p or 1440p monitor HDR makes a massive difference in picture quality.