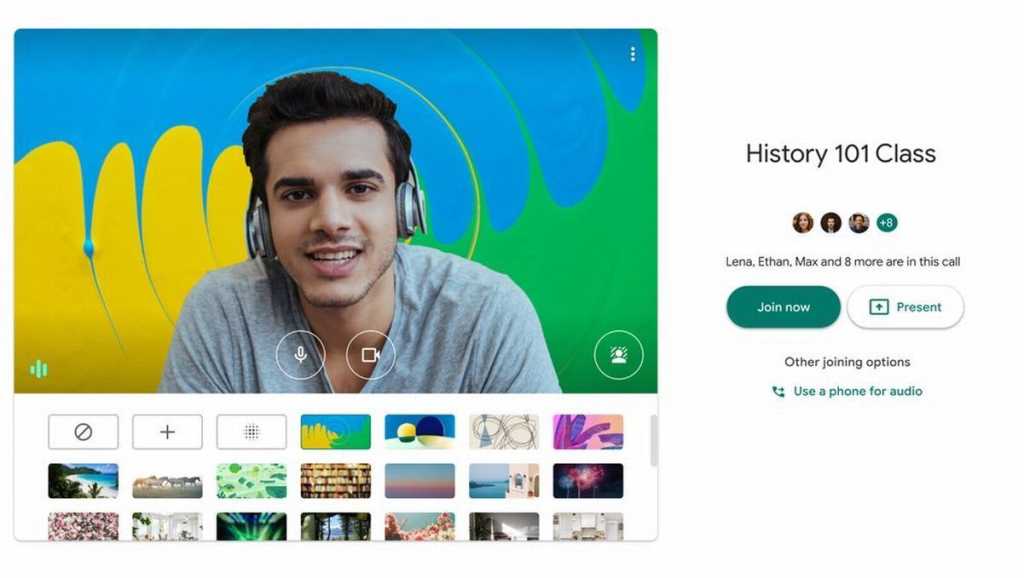 After watching Zoom take hold with educators during the ongoing pandemic, Google said Thursday that its G Suite for Education is gearing up for the fall with features for Google Meet that include up to 49 participants, custom backgrounds, a “raise hand” feature, and better attendee controls and diagnostics.

Google says that 140 million educators and students are now using G Suite for Education. The new Meet features will be launching later this year, presumably before classes return in the fall. Meet already scored points with an amazing new de-noiser capability, though the new features are more practical.

Inside the virtual classroom itself, Meet’s adding two new features: the ability to show a gallery view of up to 49 participants, and a shared, collaborative whiteboard so that students can see what the teacher is interacting with on their screen. According to a press release shared by Google, the whiteboard will have Jamboard integration, the name for Google’s existing collaborative whiteboard for education. All these features will be available to all G Suite for Education and G Suite Enterprise for Education users, as well as a “raise hand” feature to signal a teacher—pretty much a standard feature in most online videoconferencing apps right now.

Meet is also adding the option to blur one’s background or add a custom background. Both features have become extremely popular with Zoom and now Microsoft Teams, which also keeps adding new features.

Google is also adding controls to Meet meetings. Currently, when a new entrant asks to join, they can “knock” repeatedly, even after being rejected. Meet’s new controls will reject knocks after an attendee has been expelled from a meeting. Google said it’s making knocks less annoying to those trying to teach. Google will also begin blocking anonymous attendees by default, though that option will be configurable.

Google said that it will also be adding premium features for G Suite Enterprise for Education customers: attendance tracking to provide a record of which students joined the class, breakout rooms so educators can split classes into smaller groups, Q&A to provide a way for students to ask questions without disrupting the flow of the class discussion or lesson, and polling to engage students to share their opinions.