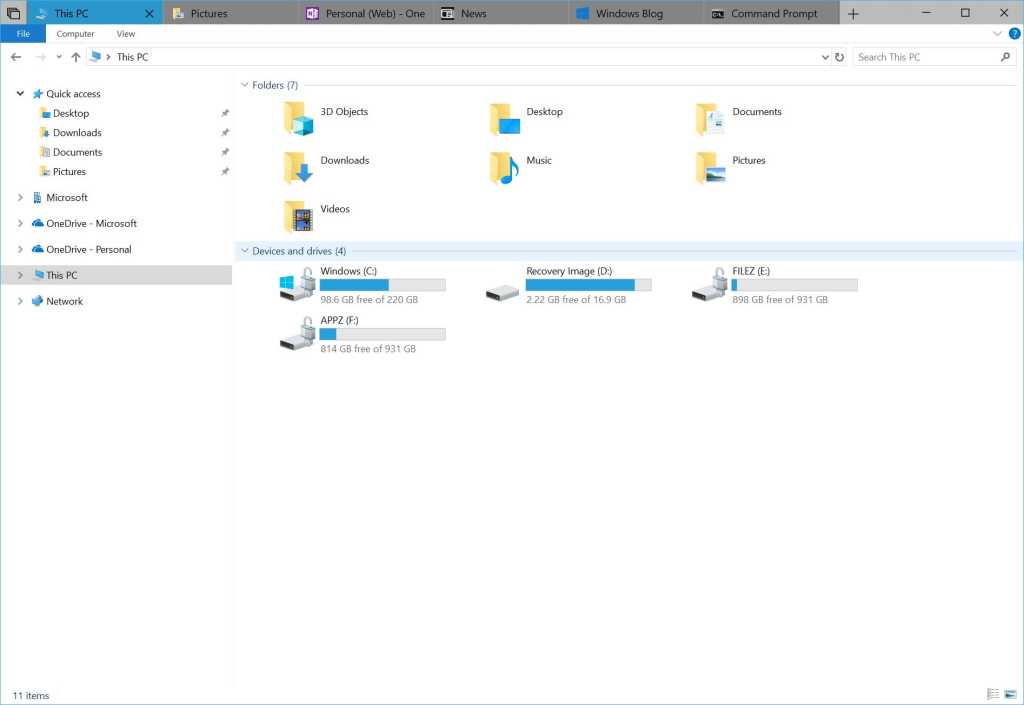 If you’re a fan of Windows 10’s tabbed Sets interface, you may want to sign up for the Windows Insider program this fall—because Sets is back.

Microsoft announced Windows 10 Insider Build 17618 on Wednesday, a closed beta for the “Skip Ahead” portion of the Windows Insider program. Most Insiders follow the developer team working on the current build; that team is wrapping up the spring update (Redstone 4) that’s due in a few weeks. The “Skip Ahead” Insiders follow another team of developers working on the next update, due in the fall.

It’s in the fall update, known as Redstone 5, where Sets will reappear. We tested Sets late last year, which replaces the traditional “one app, one window” user interface with something that looks more like a web browser. Last fall, the beta Sets interface allowed you to tack on an app as another tab, using UWP apps like Calendar, Edge, and Mail.

Now, the “Skip Ahead” Insiders get to play with a beefed-up version of Sets, where support for some legacy Win32 apps has been added in. In a month or so, the current Insiders will get it, too. (Stardock’s superb Groupy app already offers similar tabbing behavior for combining multiple programs.) Now File Explorer, Notepad, Command Prompt, and PowerShell are also tabbed—great news for those who’ve been hoping for a tabbed File Explorer interface for years.

Microsoft also announced that Sets will be integrated once again with Timeline, Microsoft’s replacement for the virtual-machine-like Task View. Timeline sees each disparate app you’re using for a project as an “activity,” and it gathers all your activities into one virtual place. “When restoring your projects you’ll be prompted to restore related apps and webpages,” Microsoft said in a blog post. “In Timeline you’ll see when a project has multiple activities associated with it.”

While Windows users can switch from browser tab to browser tab using Ctrl + PgUp/PgDn, Windows users can switch from application tab to application tab using Ctrl + Win + Tab, or use Ctrl + Win + T to open a new tab. (To open a Win32 app in a new tab, hold down Ctrl as you launch it; otherwise, it will launch in a new window.) Unfortunately, you can’t use drag-and-drop to reorder tabs at this time, Microsoft said.

Remember, Sets is a long-term revision for Microsoft. Microsoft tested Sets within the upcoming Redstone 4 version for Windows Insiders, then yanked it to polish it behind the scenes. Microsoft has said it could take years for Sets to roll out in a final form, with support for all of Microsoft’s own apps as well as legacy applications from third-party developers.

What this means for you: Previously, Sets was an optional experience that could be toggled on and off, and that’ll probably be the case here, too. It’s very possible you’ll like Sets; it’s very possible you won’t. Microsoft’s expended a lot of effort, though, in making Windows work for a variety of users, from those who prefer using Windows tablets with pens, to differently abled users, and hardcore gamers.

Interested in trying out Sets as part of the Insider program? Go to Settings > Update and Security > Windows Insider Program to get started. Just remember that you won’t see Sets until April sometime, when the Insider program and the current Skip Ahead development track will merge.