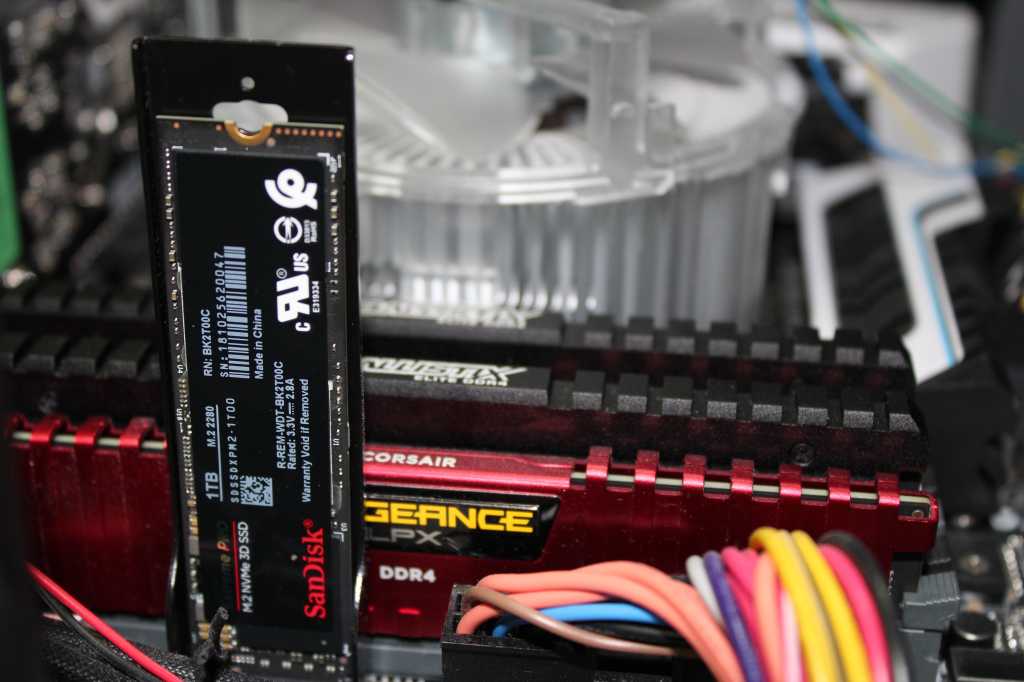 The Sandisk Extreme Pro NVMe is a worthy competitor to the Samsung 960 Pro performance-wise, and blows its doors off on price. Top-tier performance at a budget price pretty much says it all.

The Sandisk Extreme Pro NVMe offers nearly the same performance as Samsung’s class-leading 970 Pro, but costs the same as that company’s slower and lower-priced 970 EVO. Targeted at creative types and power users with lots of big files to store, it’s a game-changer that bodes ill for budget NVMe vendors—and Samsung’s profit margins.

Before we go further, one thing that needs to be clear: The Extreme is the exact same SSD as the WD Black NVMe. Not similar, but exactly the same drive with a more colorful label and a slightly different audience. WD owns Sandisk. Aha.

Note: This review is part of our Best SSDs roundup. Go there for information about competing products and how we tested them.

PCIe-based NVMe (Non-volatile Memory Express) is the successor to the SATA bus, designed from the ground up for solid state drives. While SATA 6Gbps drives top out at 550MBps, M.2 NVMe drives currently max at around 3.5GBps—six to seven times as fast. If your PC can boot from NVMe, you want a drive like the Sandisk Extreme Pro that can take advantage. The improvement over SATA is startling in the best possible sense of the word.

The Sandisk Extreme Pro we tested is a 1TB, M.2, PCIe x4 NVMe drive that ships in the 2280 (22 millimeters wide, 80 mm long) form factor. It uses Sandisk’s 3D TLC NAND. A certain percentage of the NAND, which Sandisk/WD wouldn’t specify, is allocated as a secondary cache, where the TLC is treated as SLC by writing only one bit.

There’s also a primary DRAM cache: 1GB in the case of the 1TB model, and 512MB for the 500GB capacity. Unlike its identical twin, the WD Black NVMe, the Extreme Pro is not available in a 250GB capacity. 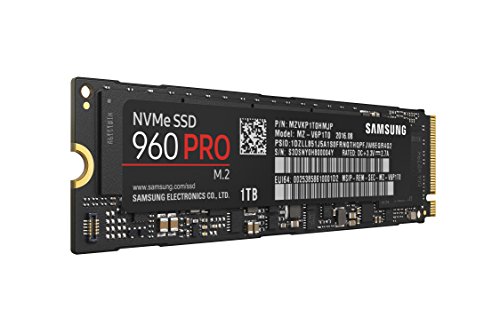 The Extreme Pro is warrantied for five years, and rated for 300TBW (TeraBytes Written) per 500GB of capacity. That is, you can write 300 terabytes (300,000 gigabytes) to the 500GB drive, and twice that to the 1TB drive before you need to start worrying about failure. That’s a lot more than most people will write in ten years, let alone five, and likely a conservative estimate. The 500GB version, not surprisingly, is rated for 300TBW.

The Sandisk Extreme Pro is an excellent performer—close to the Samsung 970 Pro in nearly every regard, and faster than the like-priced 970 EVO in most tests.

CrystalDiskMark 6, shown below, measures sustained speed with large files as well as small file performance at various queue (how may writes are stacked) and thread (how many OS threads are writing at the same time) depths. The Sandisk Extreme Pro is shown as the blue bars and did quite a bit better than the 970 EVO.

AS SSD 2.0 also took a shine to the Extreme Pro, actually placing it ahead of the 970 Pro in one 4K test. Considering the huge difference in price, that’s a major coup for the Sandisk.

Our large data set copy tests (48GB to and from a 50GB RAM drive) back up the results of the synthetic benchmarks. Note how the 970 EVO ran out of gas in the large file write. That’s because halfway through, the 500GB version ran out of cache. The 1TB and 2TB versions of the 970 EVO would fare much better in this test, though they, too, would eventually run out of cache. The whys and wherefores of this are discussed in the 970 EVO review.

The Sandisk Extreme Pro held its own against the competition’s best, and is as cheap as most entry-level drives, making it all the more impressive.

When you run the numbers, including pricing, the Sandisk Extreme Pro (or its WD Black NVMe sibling) is easily the sweet deal in the NVMe market right now. The only other drive that can compete performance and price-wise is the Samsung 970 EVO, and that depends highly upon the capacity you’re talking about. Good stuff from a company we hadn’t heard from in the NVMe space for a long time.