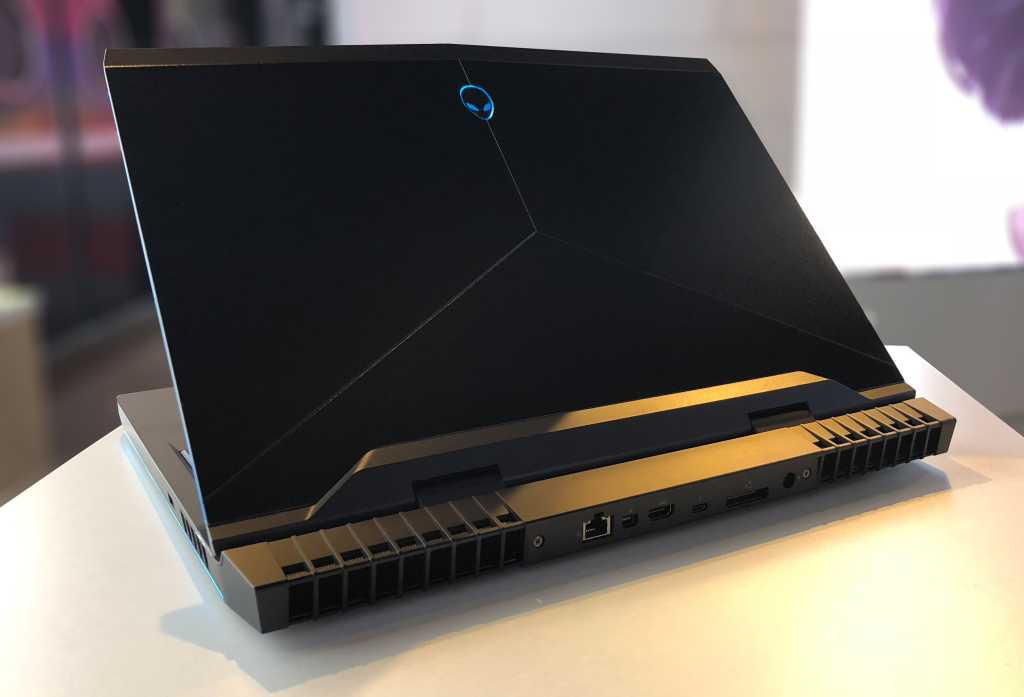 The Alienware 15 and Alienware 17 laptops are all about premium gaming, so not surprisingly they’re part of the big rollout of systems with Intel’s six-core Core i7 and Core i9 mobile CPUs, announced Tuesday.

There’s a lot more to like in these mobile powerhouses. We’ll go through the prices and specs first, then dive into some design tweaks and extras just for gamers.

Why this matters: Alienware’s parent company, Dell, is eager to increase its gaming brand’s credibility and visibility among users, especially in the fast-growing, speed-obsessed world of esports. Expect to see Alienware using top-of-the-line laptops like these to woo this picky crowd.

The Alienware 15, with a 15.6-inch display, starts at $1,400, though the only 8th-gen option available out of the gate packs the Core i7-8750H for $2,250. Additional options are coming out on April 10. The configuration options will include the following:

Display: The Alienware 15 will offer six 15.6-inch panel choices—really three displays, each with G-sync- or non-G-sync-compatible versions. Their other specs are:

Graphics: The four graphics options are:

The other configuration options will include the following:

Display: The Alienware 17 will offer six 17.3-inch panel choices—really three displays, each with G-sync- or non-G-sync-compatible versions. Their other specs are:

Tobii eye tracking uses sensors in an array under the display to help you navigate software interfaces with eye movement. It’s still a high-end, somewhat niche feature for gaming laptops, but we’re starting to see promise in its uses within Windows 10 and virtual reality. The laptops with Tobii eye tracking have Tobii sensing hardware added to the bar below the display bezel, where the Alienware FHD camera common to all models is also located.

Graphics: The four graphics options are:

While the Alienware 15 and Alienware 17 differ in some ways (usually with the 17 getting higher-end choices), both models will have some options in common:

Chassis: A choice of Black or Epic Silver colors. The premium exterior materials include anodized aluminum and a magnesium alloy.

Storage: Single, dual, and triple storage configurations are too numerous to detail here, but they basically mix-‘n-match from a list starting with a single 1TB/7,200rpm hard drive or 1TB HDD/8GB SSD hybrid, and moving through a selection of M.2 SSDs with SATA or PCIe interfaces, and even a 120GB Intel Optane drive. The ultimate is a trio of two 1TB PCIe M.2 SSDs and a 1TB/7,200rpm HDD.

Audio: 2.1 audio with 7.1 Digital Audio out using the HDMI-out port

Keyboard and touchpad: Both models have an improved Alienware TactX keyboard. It’s not mechanical, but Alienware has added n-key rollover support to capture every keystroke during fast-paced gaming. Alienware says it’s the only laptop keyboard with 2.2mm of travel for comfier typing. A steel backplate comes with a guarantee of durability for up to 10 million keystrokes, according to the company.

A four-zone, multi-RGB keyboard pairs with Alienware’s AlienFX lighting controls Thirteen different color zones and 20 color choices lead to  80 quadrillion combinations (per Alienware). The touchpad is backlit too, adding yet another bit of atmosphere. Alienware Command Center, introduced earlier this year, gives users control over the keyboard settings, as well as a host of handy utilities for gaming, overclocking, and other computer control.

Aggressive design has its drawbacks

Alienware’s laptop design has its detractors. PCWorld’s Hayden Dingman has complained about the space taken up by the ventilation system behind the lid hinge. You wouldn’t call either laptop luggable, especially if their large AC adapters are coming along for a ride. That said, the new CPUs, especially the Core i9, promise to deliver even more performance for ever-hungry gaming applications. We’ll be sure to let you know what we think if we’re able to review these new laptops.