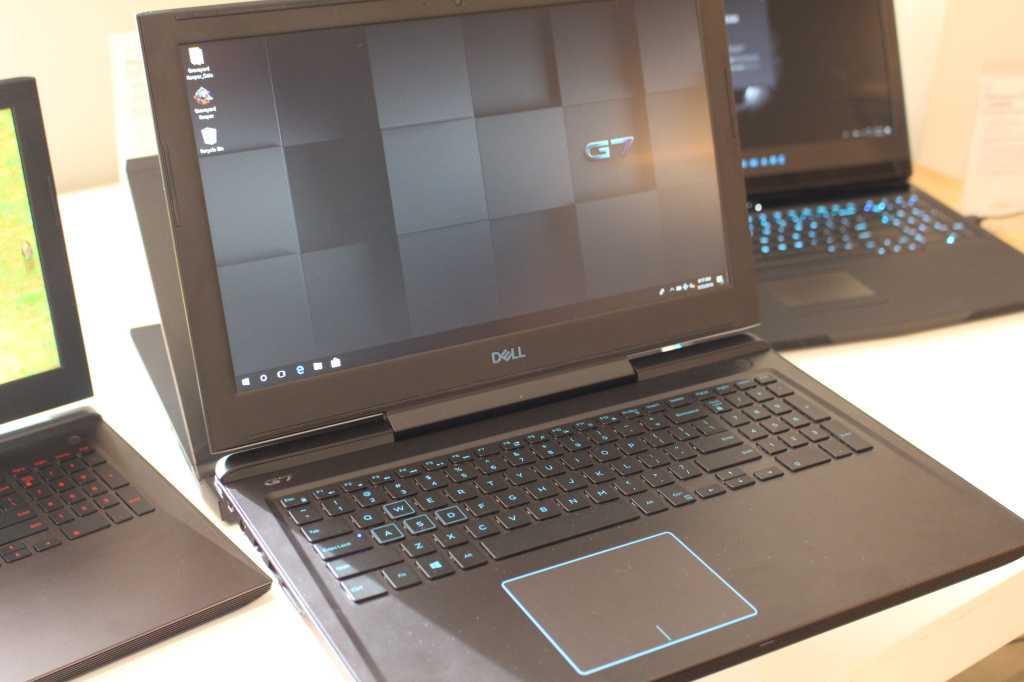 Dell launched its G Series of gaming laptops April 3 with every gamer in mind, from entry-level to more advanced users. Dell knows that not everyone can afford high-end models like, say, the Alienware 15 and Alienware 17 (sold by Dell’s Alienware division), also announced April 3, which start around $1,500.

With prices starting at $749, Dell’s G3, G5, and G7 product lines are far more affordable, yet they still carve out room for features including some of Intel’s latest quad-core and hex-core mobile CPUs. All of the G series laptops started shipping April 3 in limited quantities. Update, May 16, 2018: We added buying information to this story now that more configurations are available.

Why this matters: By launching the G series (and retiring its Inspiron gaming product line), Dell’s signalling its intent to pay more attention to gaming. Sure, it’s a growth area, and it’s also one where users tend to pay more for their next PC. It’s simply good business to have appealing products at the entry level to build customer loyalty.

As you’ll see when we go through the specs, the G series laptops have a lot of components in common. But don’t think they’re cookie-cutter: Dell made them very different in design and price.

You’ll probably also be able to hear differences in the laptops because of their cooling systems, which get a little more elaborate in the higher-end models. Those thermal decisions may also affect performance, though we won’t know for sure unless we test them. 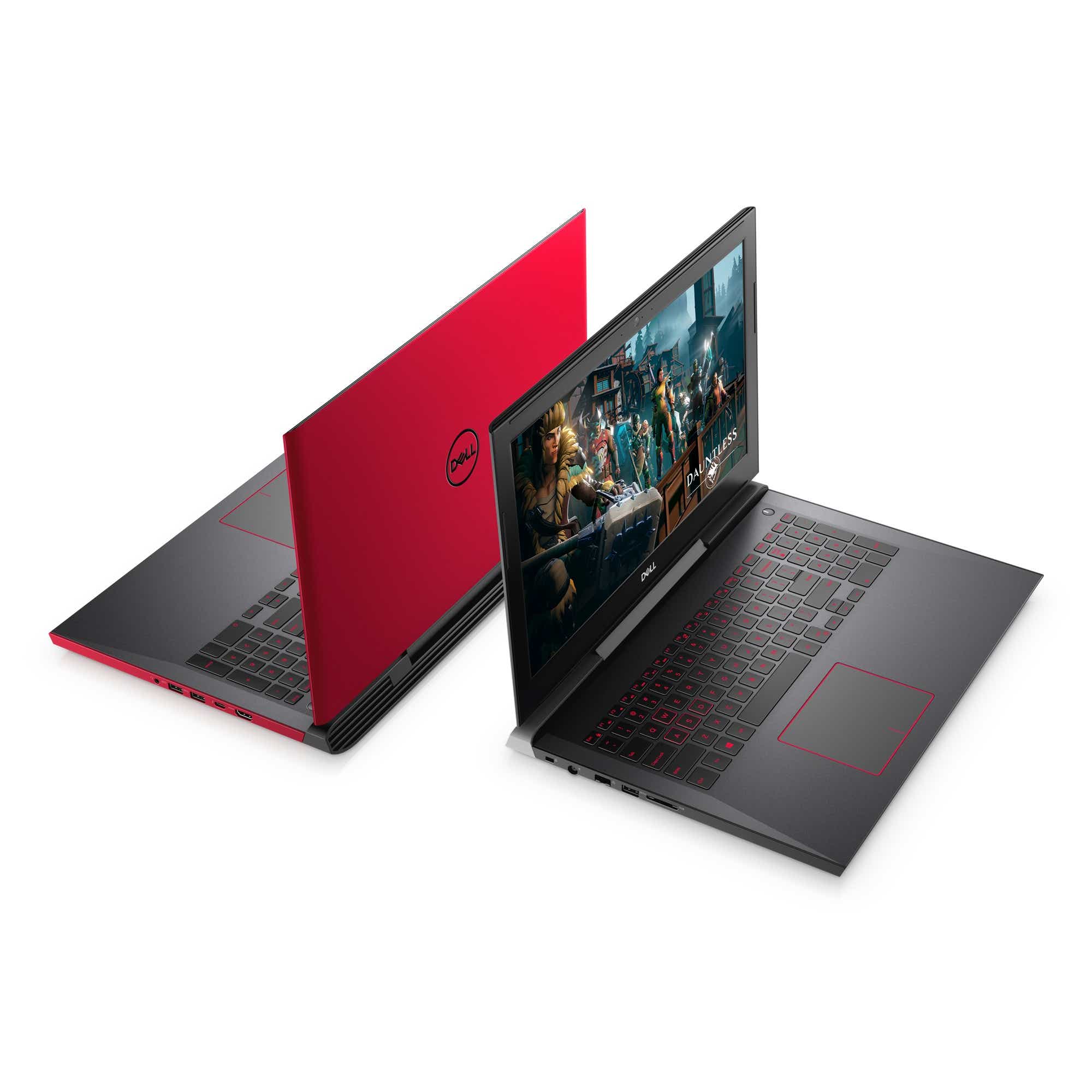 The G5 15 laptop will come in Matte Black or what Dell calls Beijing Red, with large exhaust vents at the back. It’s a little thicker than the G3 at about 0.98 inch. Prices will start at $799 via Dell.

The G7 15 laptop will come in Licorice Black or Alpine White. Its exhaust ports will be the most elaborate, with chrome crossbars and internal grillework that echoes the accent color of each laptop. It’s snazzy, like having painted brake calipers on a high-performance car. 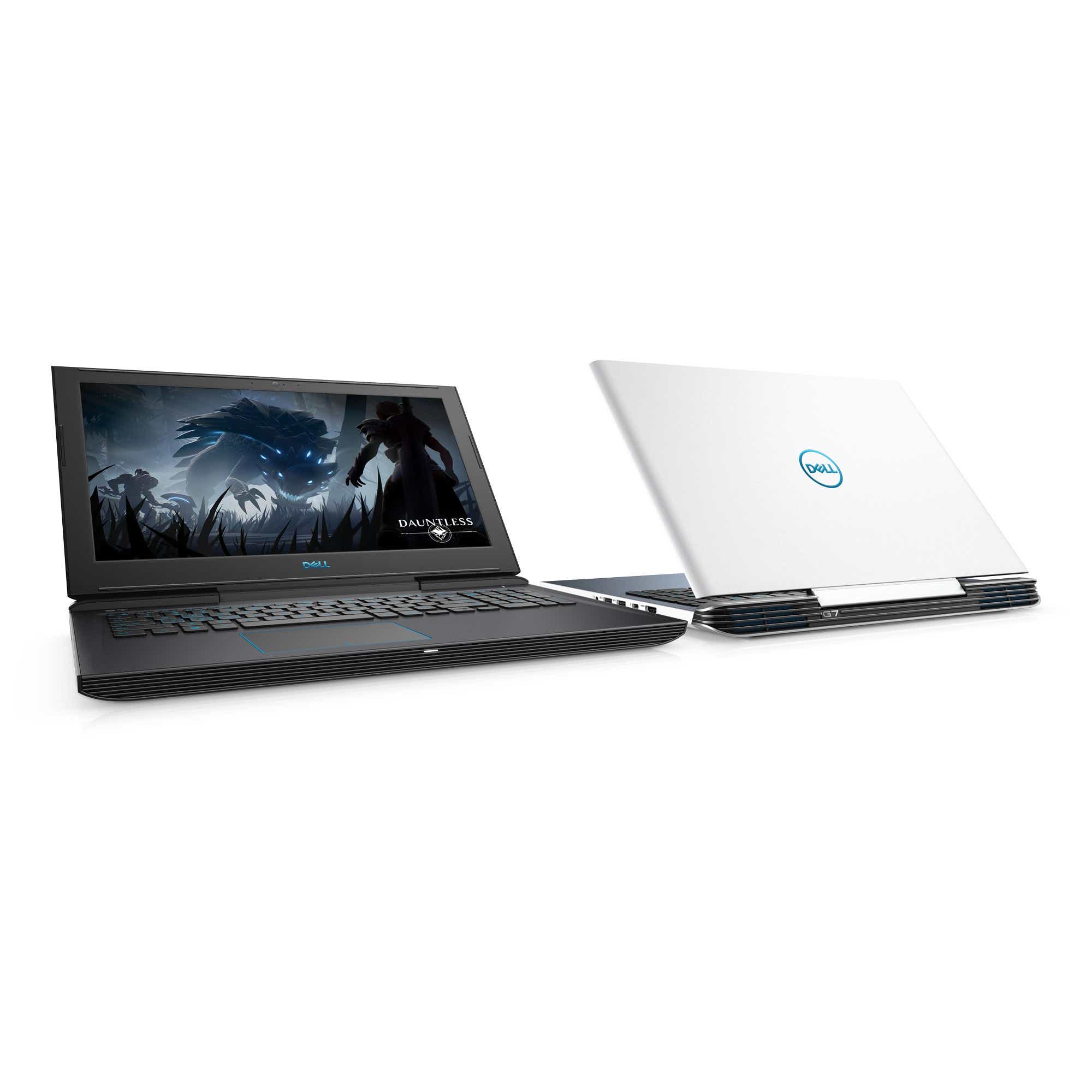 Memory and storage will follow the same lines. All the G3 laptops will offer 8GB and 16GB of memory, with a maximum of 32GB. Storage will range from a 1TB, 5,400rpm  hybrid to dual drive and SSD options (256GB and 512GB).

The G series laptops will also carry the same Nvidia mobile graphics options. The base option will be the GeForce GTX 1050, with a step up to the GTX 1050 Ti, both with 4GB of GDDR5 RAM. The highest-end option will be the GTX 1060 with Max-Q. Nvidia’s Max-Q technology has shown up on many laptops in the past year, enabling solid performance in slimmer laptops with less of a hit on battery life.

The graphics system will also dictate the AC adapter: 130-watt for laptops with the GTX 1050 parts, and 180-watt for those with the GTX 1060 with Max-Q. All will offer the same 56Wh battery, non-replaceable.

Connectivity will be about the same, including HDMI 2.0, and SD, and two or three USB 3.1 Type A ports including one with PowerShare. Thunderbolt 3 and USB-C will be standard on all but the G3 series.

You’ll notice there’s just one 17-inch laptop. Dell didn’t rule out adding other 17-inch models later. Granted, 17-inch laptops aren’t as portable as they look, often weighing 9-10 pounds without their bulky AC adapters. But they’re still easier to carry around than a full desktop, which may tip the scales (literally) in their favor for some mainstream gamers. We hope to tell you more if we get any of the models in for review.