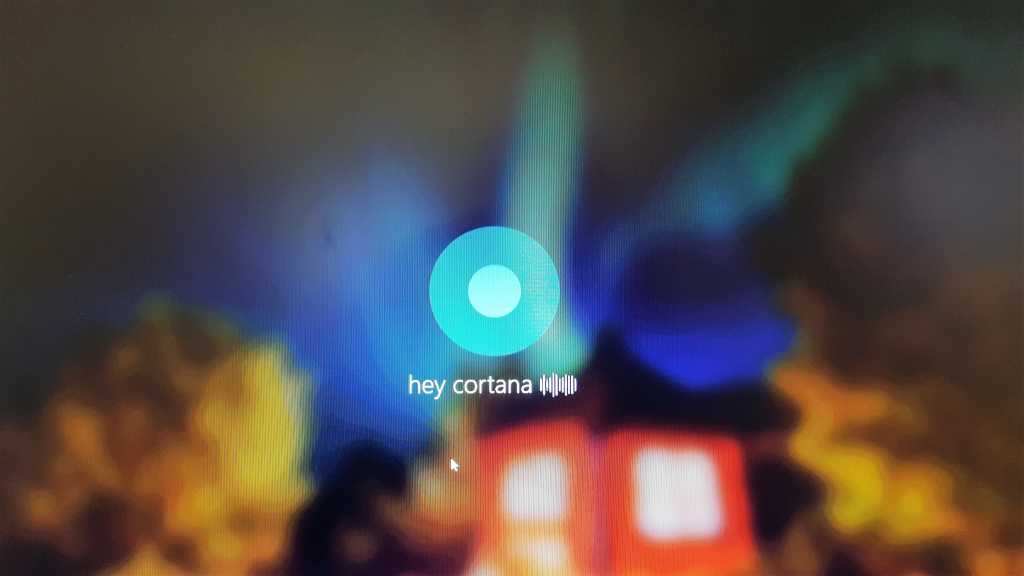 Cortana, where art thou? That’s what PCWorld wanted to know when we spoke with Microsoft’s recently-minted Cortana czar, Javier Soltero, late last week. The digital assistant who made a splash in Windows 10 with her snappy comebacks and silly knock-knock jokes is still offering to help you with your calendar and search. She’s even migrated to mobile apps for Android and iOS. But Cortana hasn’t talked her way into our homes like Amazon Alexa and Google Assistant have, making her staying power look uncertain.

That’s where Soltero comes in. We sat down with Cortana’s new chief in the wake of a significant management shakeup that will see senior executive Terry Myerson leave, as well as the creation of a new “Experiences and Devices” team that seemingly downplays Windows.

Does that mean Cortana has been demoted? Far from it.

If you’re used to thinking of Cortana as an assistant who lives in your search box, that’s still true to a point. But in the future Cortana will be more situational, popping up in apps where she’s never existed: Outlook Mobile, for example, or Teams. No, you won’t need a Cortana app for Cortana to appear. She just will.

Below are the highlights of our interview, excerpted and in some cases edited for clarity.

What change, if any, will the reorg have on Cortana?

None. “The good news is that Cortana is completely unaffected,” Soltero said, who arrived at his role from heading up the well-regarded Outlook Mobile app for iOS and Android. “This represents a super important change for the company and something that I’m super excited to be a part of. For me, very little changes, and that I believe is a very good thing.”

For Soltero, his job remains the same: Lead Cortana into the future. He’s hit the ground running. “The first thing I did was go 360 degrees through the entire product portfolio: What do we have, what don’t we have, what would we like to have, what are we doing? And we coalesced the team around a very clear strategy that has been communicated to the leadership of the company, which they’re fully behind.”

Is Cortana still part of Windows?

Cortana started as a creature of Windows 10, but she was moved over to Microsoft’s AI and Research Group when it formed about 18 months ago. Soltero confirmed he still reports to the AI team, led by Harry Shum.

What is Cortana now?

If Soltero’s words are any indication, Cortana’s future will have her ranging far and wide beyond Windows. “The guiding light for us is the assistant concept, and the idea that you want to help people get more out of their time, and whether actively or proactively make the things that you do every day easier or better or more effective,” Soltero said.

Cortana continues to be her most helpful when she can keep an eye on you and find ways to help. “Part of that means looking at a person throughout their day,” Soltero explained, “looking at opportunities and the different kinds of places where…an assistant technology or product experience or whatever you want to call it can provide.”

That means Cortana will continue to pipe up when she senses a need. “What we’ve noticed, I guess, and what the world has shown us is that you can start by being convenient,” Soltero added. “There is actually a path towards earning the right to be an assistant.”

How will Cortana evolve?

This is how Microsoft sees Cortana’s next steps: less flash, more utility. But Soltero also said that doesn’t always play well with a user base that looks for the next big thing.

“The temptation for things involving AI and technology in general is to show things that are cool and captivating and inspiring, and we’ve done plenty of that in Cortana and a lot of other places,” Soltero said. But he doesn’t want Cortana to become a party trick. “Part of the change that I’m bringing to the discussion is an emphasis around real user value—as measured by, are we really making an impact and allowing people to achieve more, or be more successful in their endeavors.”

That might mean that Cortana is actually used less, Soltero said.

“If having a more effective Cortana experience means that you’re able to get more of your schedule and your calendar and your email, let’s say, that you are logging less minutes staring longingly at Outlook on your PC or your tablet or your mobile or whatever, that’s fine—as long as the return on your investment is there.”

What will Cortana look like in the real world?

Soltero said he’s in the process of sketching out a broad strategy for Cortana, with the goal of laying out an end-to-end experience that he can show customers. For now, though, he pointed to a recent change in test versions of the Outlook Mobile app.

“We embedded in Outlook Mobile the ability for Cortana to say you should get up, you should go, there’s a meeting,” Soltero said. “That is a way of saving people time. And it’s Cortana that’s doing that. But it’s expressed inside of that Outlook Mobile experience.”

The mistake that Microsoft or Apple or Google can make involves thinking of an assistant as a entity that can help users without knowing what the user is doing, Soltero said. “Most of our emphasis is going to be less about what device we’re using and more about which situation is the user in and what promise are we trying to fulfill. That’s literally how we’ve set it up internally.”

Is Cortana a mobile technology?

Soltero discouraged any definition of Cortana that was tied to a platform. Thinking of the problem on a device-by-device basis is one of the things he’s trying to change. “The imbalanced way we were doing it—certain things on mobile, certain things on Windows, certain things on speaker—there wasn’t as clear a picture of how those things fit together, is part of the job that I’m trying to address. I can tell you—as many times as you’d care to hear it—that my real goal is to show it to you.”

Will we see another Cortana-powered smart speaker?

As Amazon Alexa and Google Home morph into ever more sizes and shapes of smart device, Cortana still exists on only one, lonely smart speaker, the Harman/Kardon Invoke. When asked whether the Invoke would have any company, Soltero kept his cards close to the vest. “Hold that thought,” he said. “I respectfully decline to respond to that question until I can provide a more compete answer.

Soltero did provide a hint, though. “You have to assume that the market is being shaped with some form of ambient devices, and those devices will take a specific role in providing assistance throughout your day, and I’ll leave it at that.”

Is Cortana a business tool, a consumer play, or both?

Soltero thinks Cortana can make the jump from consumer to business—on the user’s terms. “I don’t think we want them [business and consumer] to be blurred, I think that’s important that people are blurring that line on their own. And I think that mobile smartphones in general is the spark that’s lit that fire.”

Soltero credited the RIM Blackberry for beginning to blur the lines between home and work twenty years ago. “If that’s where you want to help people and assist them, you help them throughout their day,” he said.

Microsoft has already talked about Cortana integration within Microsoft Teams, or helping to join Skype calls. “Because it’s just more convenient to say ‘join a call with Mark,’” Soltero said, “than it is to go hunting down buttons and so forth.”

How is Microsoft addressing the Cortana skills gap?

Skills—the integration of third-party services—are the software ecosystem of sorts for digital assistants. Skills can be a real measure of how “smart” a smart speaker is. Why should Microsoft build in knowledge of airfares, for example, if Cortana can connect to Expedia?

“The skills ecosystem is very important to us,” Soltero said, while also admitting that Cortana has her work cut out for her. “The way we’re approaching that involves a journey that began before I took over the team,” Soltero continued, “a recognition that our SDKs for skills was having trouble keeping up with the difference between the types of surfaces where Cortana shows up today: the difference between a UI-less speaker, a PC, the RS3 era integration and how the proactive canvas has evolved, versus of course mobile. So we were doing multiplatform level work, but our skills layer was not suitable for that.”

Given Cortana’s catchup mode, Soltero seems to be focusing on developing thoughtfully. “I think what’s interesting is what are the right set of skills, that are most impactful, and are those skill developers, whether they’re big developers like Spotify, or even companies like IFTTT, or home automation appliance manufacturers—are they seeing a real differentiation or higher sense or result of having integrated with Cortana.”

Soltero emphasized that skills for the sake of skills won’t fly. “The quality of integrations matters quite a bit and I think if you look at the skills usage across the board, it’s not quite as deep as most people would think it is.”

Finally, Soltero said, skills are hard. “Skill discovery is a challenge. Skill activation is a challenge. Remembering that you put a skill in an otherwise headless, faceless device, also a challenge. It’s fun. It’s why this race is still going on.”

As Facebook struggles to recover from its Cambridge Analytica data scandal, Soltero said he was “as outraged as any other person” with the revelations and sought to differentiate his company from the social media giant. “I’m happy to say that Microsoft doesn’t operate that way at all,” Soltero said.

For Soltero, the scandal brings up questions of trust at a time when more and more companies—not just Facebook—seek to profit from mining user data. “Trusting one company…across work and life to not only access the information but modify and write that information —  that’s a super high bar,” Soltero said. “That’s a thing I don’t think people around the world are just going to grant quite readily to a number of companies that they don’t have a high sense of trust on.”

The whole idea of trust also plays into how Soltero sees Cortana competing in the super-hot smart-assistant arena. “We are in all of the places that we need to be to fulfill this idea of providing systems throughout the day,” Soltero said, but user trust is essential to Cortana’s progress. “I think Cortana has…won the right to be trusted with a certain amount of information that’s not easy and critical to earn access to, and Microsoft has a unique understanding of the opportunity for people who love us at home, and at work, to have a cohesive experience that spans those, without taking either side for granted.”

Soltero seems invested in keeping Cortana in the game. “I use the phrase ‘meeting the unarticulated needs of the lives of people around the world,’” Soltero added. “That is the most concise and thoughtful way of expressing this idea that people have choices now.” Soltero knows Cortana has an uphill battle. “It’s not a guarantee that you’re going to be the only one they pick because you’re the only person there. You have to be better.”