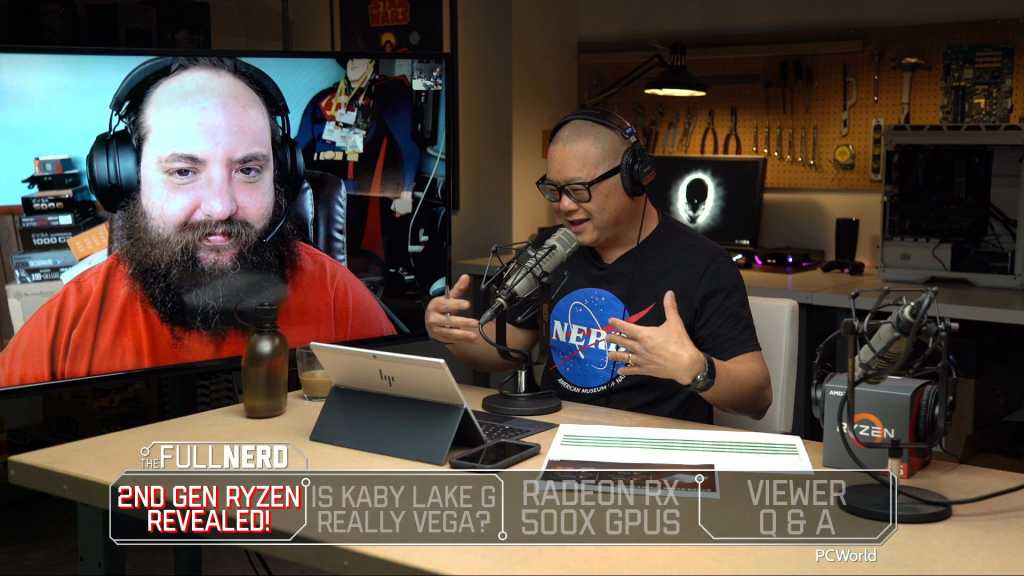 In this episode of the Full Nerd, Gordon Mah Ung, Brad Chacos, and Adam Patrick Murray talk all about AMD!

First, the big news: Second-gen Ryzen processors have been revealed, and they’re faster and cheaper than before. Plus, they all come with Wraith coolers now. We explain all you need to know about the Ryzen 7 2700X, Ryzen 7 2700, Ryzen 7 2600X, and Ryzen 7 2600 ahead of their April 19 launch.

Witness it all in the video embedded above. You can also watch The Full Nerd episode 46 on YouTube (toss us a follow while you’re there!) or listen to it on Soundcloud if you prefer the audio alone.