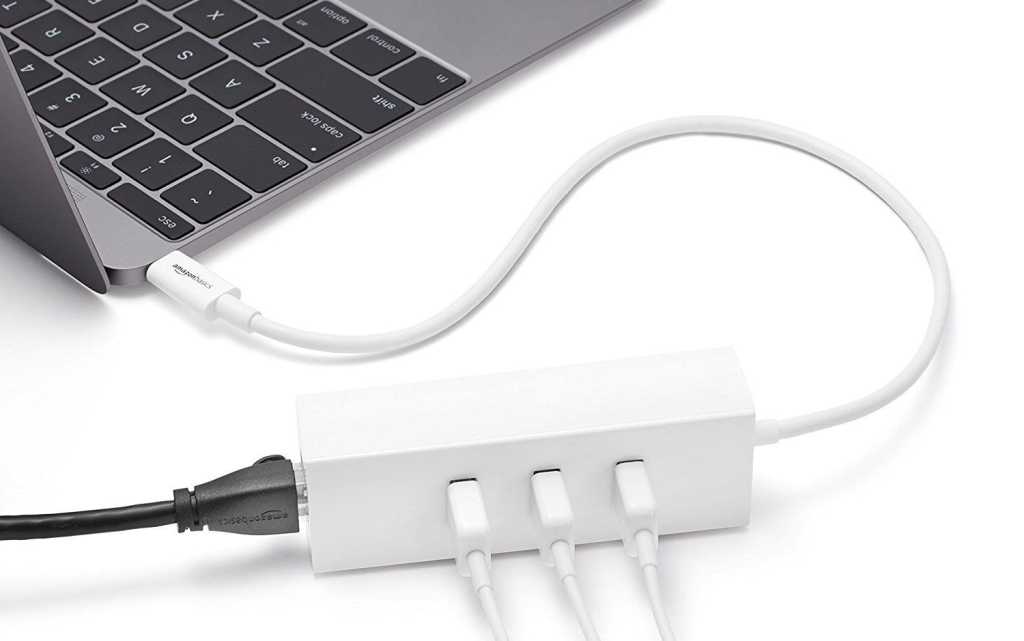 Modern laptops never seem to have quite enough USB ports for all your plug-ins. Hook up a mouse, plug in a flash drive, and suddenly you’ve got no room for anything else. And as more laptops adopt USB-C ports, some items won’t plug in at all. A port hub can fix both problems, and right now you can get an AmazonBasics USB-C to three-port USB hub for $20, the lowest we’ve seen it and nearly 20 percent off its average price.

This hub plugs into a USB 3.1 Type-C port and provides three USB Type-A ports. It also features a Gigabit Ethernet port, so you’ll be able to plug in an ethernet cable for faster network speeds up to 5Gbps. Users of thin-and-light laptops and modern MacBooks might just get a lot of utility out of this, and the white model on sale matches Apple’s aesthetics nicely. (A black version costs $24.)

While we haven’t tried this hub ourselves, it has an Amazon user rating of 4.1 stars out of 5, with reviewers pointing to its simplicity, compatibility with multiple devices, and reliability—as well as its already-low standard price point—as reasons to buy the AmazonBasics USB-C to three-port USB hub. Reviewers also report it stays cool while in use, unlike some rival port hubs.