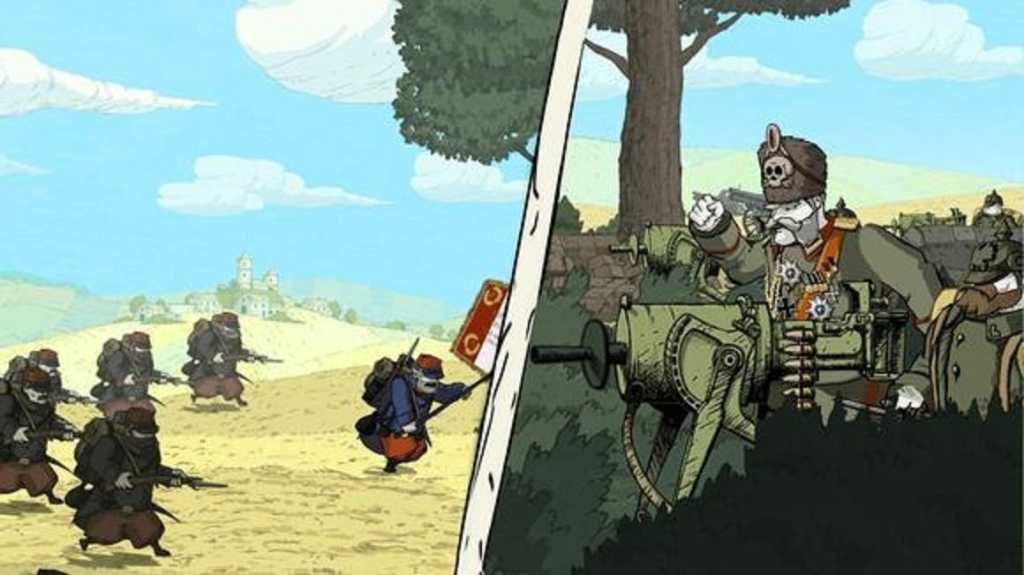 I’m writing this on a bus on the way to the airport, so you’ll have to forgive my brief intro here. It’s…very bumpy.

It’s our gaming news round-up though, and you know what they say: The gaming news round-up must go on. Keep reading for news about Destiny 2‘s new expansion (with the most generic name I can imagine), a look at the follow-up from the director of World War I tearjerker Valiant Hearts, details on Dark Souls: Remastered‘s PC discount, and Valve’s video game acquisitions.

Starting off this week like every week, with a list of what you could be playing this weekend—for free. You’ve got a pair of options this week, both shooters. First up is Arma 3, a.k.a. “the hardcore shooter” or maybe “That game DayZ and also PUBG spawned out of.” Ol’ grandpappy himself is free from now until Monday via Steam.

Then there’s Day of Infamy, the WWII follow-up to popular modern war shooter Insurgency. It’s also free through Monday at 10:00 a.m. Pacific, which means you should be more than covered for a weekend of gaming. As long as you like shooters, of course.

Valiant Hearts is one of my favorite games of the last few years, if not all time. I was worried we’d never get a follow-up after director Yoan Fanise left Ubisoft in 2015. And it’s true, we may never get a direct sequel.

Sounds like a spiritual successor is in the works though. Fanise is involved in a new project announced this week, 11-11: Memories Retold. The announcement trailer doesn’t give much indication of what’s to come, but wow I hope it’s even half as emotional as Valiant Hearts. And just in time for the 100th anniversary of Armistice Day, too.

Thy hope is crowned

Total War Saga: Thrones of Britannia is out next week if you can believe it, the first history-based Total War game since 2015’s Attila. By this time next week, you could be fighting off a Viking invasion of Britain—or starting one. There’s a new “Land of Hope” trailer showing off some of the scenery. Fingers crossed it plays as good as it looks.

Remember when Dark Souls: Remastered was announced and everyone thought current Dark Souls PC owners would get half off? And then Bandai Namco said, unequivocally, that that wasn’t happening? That there would be, and I quote, “no discount.”

Well, it’s happening. If you own Dark Souls: Prepare to Die Edition on PC, you can pick up Dark Souls: Remastered for half-price when it releases next month. Congrats.

I’ve dropped off Destiny 2 for a bit, but I am looking for any excuse to revisit it. The new Warmind expansion…might be enough? That’s a pretty tepid endorsement, and honestly after Curse of Osiris it’s hard to get too excited, but at least there’ll be some new stuff to see on May 8. I’m all-in for Destiny 2’s art even when the game doesn’t hold up.

As for major new features: There’s a new zone, of course. New weapons. New-ish enemies. The main draw seems to be the “Hive Escalation Protocol” mode—basically a seven-round Horde mode. Oh, and some scraps of story too, as seen in the prologue video below.

It was just last week Paradox announced its new Cities: Skylines expansion Parklife. Now we’ve got…well, I was going to say a longer trailer, but it’s barely longer, clocking in at just a minute. Still, it gives you a nice rundown of the expansion’s features, including “freestyle park design.” I’m on board for that aspect alone. Where we’re going, we (finally) don’t need roads.

More from Paradox? Yup. There’s a new Stellaris update in the works—is there ever not?—titled Distant Stars. From the press release: “Distant Stars will add new content and features to Stellaris including a sealed jump lane in the gateway network leading to a mysterious sector entirely outside known space, but players must be quick as the mightiest empires of the galaxy are all racing to find the secret to unlock it.” Sounds pretty neat.

Pillars of Eternity 2 isn’t even out until May 8, but Obsidian went ahead and teased its post-release plans this week. On the docket: three expansions, retailing for $10 each and arriving in July, September, and November.

The first, Beast of Winter, “will take your party to an island populated by a mysterious doomsday cult,” and apparently send you to another dimension in the process. Seeker, Slayer, Survivor is a more “combat-focused” expansion, apparently. The third and final, The Forgotten Sanctum, “will test your party’s allegiance and morality in a quest to help (or obstruct) the great wizards of Eora.”

The original Pillars of Eternity’s two-part White March expansion was excellent, so hopefully these (and the base game) are more of the same. We’ll know soon enough.

In the Valve-y of Gods

It’s easy to forget, but most of Valve’s big games were the result of acquisitions, not internal development. Counter-Strike, Team Fortress 2, Portal—there’s a rich legacy there, which means it’s not entirely surprising Valve bought Firewatch developer Campo Santo this week.

Okay, it’s still pretty surprising. Anyway, that happened, and Firewatch follow-up In the Valley of Gods is now a Valve game. Here’s last year’s trailer again in case you need a refresher: