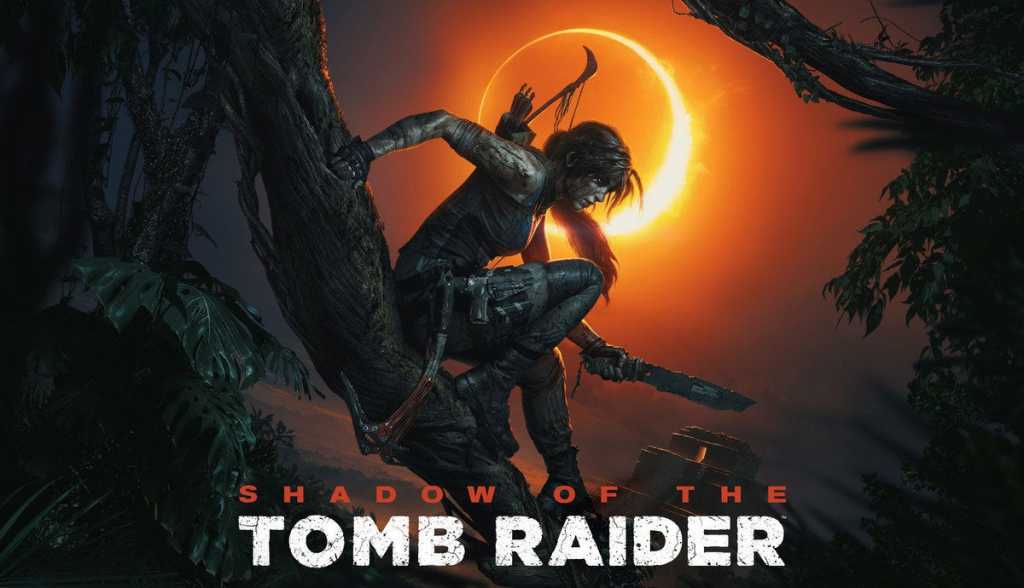 In the span of 45 minutes I watched Lara Croft: 1) Drown. 2) Fall into a spike pit. 3) Fall into a bottomless pit. 4) Become impaled on rebar. 5) Accidentally let go of a rope and, well, fall. 6) Slip off the side of a crumbling church and succumb to a tidal wave.

Which is to say, nearly two years after it leaked for the first time and a month after it leaked for the second time, I’ve finally played Shadow of the Tomb Raider, the third in the series since the 2013 reboot and apparently the conclusion of Lara Croft’s “origin story.” It’s also apparently the one where she becomes “The Tomb Raider,” according to Eidos, but…isn’t that what the last two games were about too?

As I said, we played about 45 minutes of Shadow of the Tomb Raider ($60 Steam preorder on Square-Enix.com). If I had to guess, the section was lifted from very early in the game—right after a short prologue, perhaps? Hard to tell. Lara and Jonah, having made it out of Siberia in Rise of the Tomb Raider, are now in Mexico in pursuit of Trinity, the shadowy organization who hunted Lara previously. And surprise, Lara is among people for once. A surprising amount of people actually, as it appears to be Dia de los Muertos.

I can’t say I mind though. Given how isolated Lara and crew have been the past two games, it’s a welcome departure having some more populated sections. Shadow of the Tomb Raider’s Mexico is colorful, it’s jam-packed with detail, and Lara and Jonah even get to share a quiet moment at a bar. It’s, dare I say it, pleasant?

Events predictably spiral out of control though. Before long Lara’s looking for a rock formation that looks like a skull (seriously), clambering down into a dank cave, then doing the usual “Oh, there’s an entire city of ruins down here” routine and off we go.

Tomb Raider. It’s Tomb Raider. There’s a lot of skulking around, shooting enemy guards in the heads with a bow, stabbing guys with climbing axes, the usual. Eidos Montreal has overhauled Lara’s stealth skills this time. You can use mud to disguise yourself apparently, and they’ve also added some very Assassin’s Creed-style bushes to creep through. Also, and this is the most absurd of all, Lara can sidle up against vine-covered walls to “blend in” (poorly) with the greenery. The guards walk right past you, a 20-something aged woman half-submerged in leaves, but even if it’s silly it’s nevertheless satisfying to lean out and pounce on an unsuspecting grunt.

Aside from that, there are two noteworthy new abilities. Lara can now rappel down cliffs, and even swing off her rope to reach new areas. The controls are a bit clumsy on that at the moment, but it’s an interesting new traversal mechanic and opens up a lot of options for secrets.

The other, and this one I’m less psyched about: Swimming. Before the demo, Eidos Montreal gave a short presentation and said something along the lines of (paraphrasing) “Everyone’s been asking us to bring back underwater levels.” So they did.

Listen, I don’t know who’s been asking for underwater levels, and honestly I can’t believe anyone has. Just last week I was playing the original God of War and thinking “Wow, it’s so great games don’t do clumsy water levels anymore,” and now this.

So yeah, Lara can go underwater. The demo actually had two different swimming sections, and both are about as awkward as I expected. The camera gets all wonky, movement feels sluggish, Lara has to come up for oxygen just when you’re getting the hang of where you want to go. I didn’t really enjoy it. Luckily both sections were short, but given how much it was highlighted at the event I can’t help but think we’re in for at least one underwater-centric tomb, possibly more.

Also, if you got tired of the “Lara jumps and almost falls to her death but saves herself at the last second” gimmick in the previous two games, get ready for a new one in Shadow of the Tomb Raider: Lara is trapped underwater and almost drowns, but miraculously escapes at the end. It happens in both underwater sequences in the demo.

The problem with the demo is it’s hard to tell where Shadow of the Tomb Raider goes. Like, on every front.

Story-wise, it gets…interesting. If you don’t want anything spoiled pre-launch, I’ll throw up a big ol’ SPOILER WARNING here. This is your last chance to stop reading before I get into some early-game spoilers, of a sort.

Okay, still with me? The demo culminates in Lara stealing a dagger (to “protect” it from Trinity) from an ancient Mayan temple. Of course, right before stealing the dagger she reads some ancient prophecy about the end of the world—something about “A tsunami. A volcano. A storm.” But that’s all silly nonsense, right?

Lara, Lara, Lara. You’d think she would’ve learned by now. The first game, she’s trapped on an island guarded by the spirit of a long-dead monarch who tries to possess her best friend. The second, she fights an army of immortal beings known as the Deathless Ones.

But no. She doesn’t learn, she takes the dagger, and then—surprise—a tsunami hits the small Mexican town she’s in, destroying pretty much everything in its path. Oh, and Trinity steals the dagger from her anyway.

The demo ends with her and Jonah getting into a huge fight, as Jonah tries to rescue anyone he can and Lara, you know, screams that the end of the world is coming. You’d think Jonah might listen to her too after all they’ve been through, but alas, no.

It’s a good hook, and I’m somewhat excited to see where it goes. I didn’t really love the story in Rise of the Tomb Raider and I hope Shadow of the Tomb Raider can keep itself a bit more grounded—or at least more coherent. Not sure how that jibes with the whole end-times idea, but I guess we’ll see.

SPOILERS OVER, for those who care.

The other question the demo doesn’t answer: “What kind of game is this?” The 2013 Tomb Raider was very much a linear action game, a la Uncharted, with a few interesting optional paths for the ardent explorer. Rise of the Tomb Raider, by contrast, was basically an open-world game, with large hubs you revisited over and over again as you progressed through the story.

So far, Shadow of the Tomb Raider could be either. The section we played was very straightforward, very reminiscent of the 2013 game—but so were a few action-heavy sections in Rise of the Tomb Raider. It’s entirely possible (and even likely) that after this initial 45-minute section the game broadens into an open-world style game. Eidos did say they’ve tried to make more, and larger, tombs this time which certainly hints at an open-world style game.

I’m not really against it, but if this is open-world I hope Eidos Montreal can nail the pacing. Rise of the Tomb Raider dragged a lot in the middle sections, and I hope this isn’t just a more-is-better sequel. With a new studio at the helm, hopefully some of the padding can be cinched up and Shadow of the Tomb Raider can give this trilogy the send-off it deserves.

I like Tomb Raider though. That’s what it comes down to. I liked the 2013 reboot a lot, I liked Rise of the Tomb Raider less but still found it enjoyable enough, and I expect Shadow of the Tomb Raider will at least meet that bar of quality. The question, I think, is whether Lara Croft’s last journey (or at least the last part of this journey) can feel as revolutionary as that first game again, or whether Eidos Montreal is just building on an established framework. My gut tells me the latter, but I’m hoping some spectacular scenery and the opportunity to tie Lara’s arc up with a bow will result in something that punches above weight.

The game’s due to release September 14, so it’s only a scant few months away in any case—no PlayStation 4 period of exclusivity this time, so we’ll see it on PC day-and-date. I for one am excited.

Except for the swimming bits.