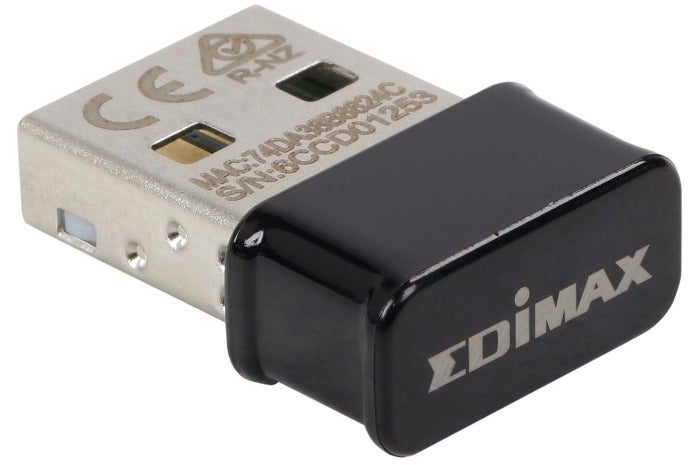 Today, Newegg’s got a good deal on an AC 1200 nano Wi-Fi adapter that will work with Raspberry Pi, Windows, and Mac. The Edimax EW-7822ULC is $15 on Newegg with the special code EMCPTRW28.

Granted, almost every PC you can buy today comes with Wi-Fi built-in. There are times, though, when you need a Wi-Fi dongle adapter: with desktop PCs you build yourself or pick-up on the cheap, a laptop with a blown wireless card, or older Raspberry Pi boards.

This is an email deal, which means you’ll have to supply your email on Newegg’s site and agree to get promotional mailers from the retailer.

The MSRP for this Wi-Fi adapter is $30. Newegg’s regular sale price (before the promotion code) is $18, and Amazon’s been selling it for $18-$19 since late last year.

For those who want to use this with Raspberry Pi you’ll need to do some work on the Terminal as well. Edimax supplies instructions on its Freshdesk customer support site. Linux users may also have to do some terminal work to get it operational—though note this dongle doesn’t currently work with Linux kernel v4.15 as detailed by Edimax.