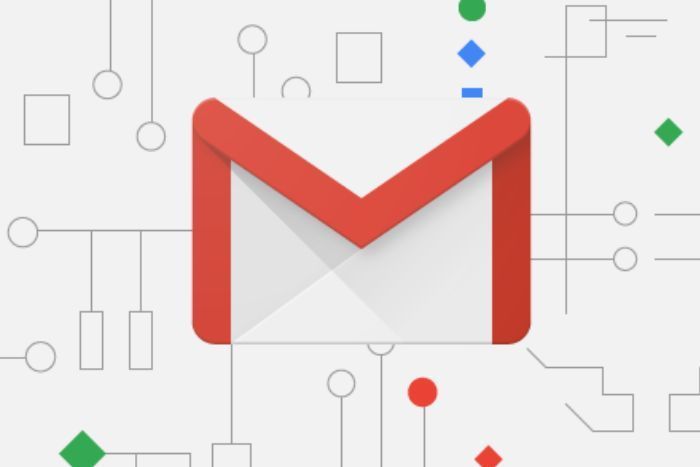 In April, Google launched its first major Gmail redesign since 2013, and in a sense it was an acknowledgement of all the ways Google had fallen behind.

With 1.4 billion users logging into Gmail at least once per month, the service has become resistant to change. This in turn has been a boon to the email software business, allowing third-party apps like Mailbox, Spark, Astro, and Newton to invent new features on a more regular basis. Several of Gmail’s most notable new features come straight from these apps, and from the broader software world in general. And while some have previously appeared in Google’s more forward-thinking Inbox app, others are new to Gmail entirely.

But as Gmail gets with the times, it’s also introducing some new ideas that haven’t yet occurred to its competitors. The result is a much-needed game of feature leapfrog, which will hopefully compel other email apps to invent even more ways to make email less painful. To that end, here’s a look at what’s new—and not-so-new—with Gmail’s big upgrade:

One of Gmail’s most overdue additions is a Snooze button, which can resurface old emails at a later date and time. A Gmail extension called Boomerang provided similar functionality eight years ago, followed by AOL’s Alto (which used the term “Snooze”). Mailbox helped popularize the Snooze button in 2013, and it’s since become a table-stakes feature for practically every new email client, including Google’s Inbox, which launched in 2014. Gmail doesn’t do much to advance the concept—in fact, Newton’s mobile app has a handy “snooze until back at desktop” feature that other apps would be wise to copy—but at least it’s there.

Not new: The Side Panel

To make better use of desktop PC real estate, the new Gmail can load miniature versions of Google’s Keep, Calendar, and Tasks apps in a right-hand sidebar. That way, you can quickly take notes, make appointments, and create to-do items without switching browser tabs.

It’s a novel idea for an email app, but the Chromium-based browser Vivaldi offers a similar feature called Web Panels, which can open any webpage in an expandable sidebar view. (Opera also offers web panels through a browser add-on.) Google’s panels do have one advantage: You can create to-do items by dragging an email into Tasks, though that’s also not a new idea. Some Gmail extensions such as Sortd and Yanado offer similar drag-and-drop features.

Gmail has allowed users to filter out bulk mail with inbox tabs for years now, but a new high-priority notifications feature will go a step further, using AI to alert you only to the most important emails. While this feature hasn’t arrived in the new Gmail yet, it sounds similar to Outlook’s Focused Inbox, which first launched on mobile devices in 2015 following Microsoft’s acquisition of Acompli. As Microsoft’s support page notes, Focused Inbox “intelligently presorts your email so you can focus on what matters,” and gets better the more you use it. (Google’s Inbox has offered this type of intelligent filtering since 2014, but only started rolling out priority notifications last year.)

Here’s another borrowed feature from Google’s Inbox app: By hovering your cursor over an email, you’ll see options to archive, delete, snooze, and mark as read with one tap. It’s a handy way to delete or archive lots of emails in rapid succession.

Google can’t take credit for the idea, though. Among the first to implement hover features was AOL’s Alto, which launched in 2012 and shut down last year. Newton also deserves some credit for going a step further, letting users change the order of hover actions and set up quick actions for spam and folder sorting.

In the coming weeks, Gmail will introduce a new feature called Nudging, which uses artificial intelligence to remind you about emails that might need a response. It could be a neat feature, but it’s not unique to Gmail. Both Astro and Trove provide similar nudges based on artificial intelligence. (The former is more for individuals, while the latter is aimed at companies that want to improve communications within their networks.)

“Confidential mode” refers to a suite of upcoming Gmail features for protecting outbound messages. Users will be able to set expiration dates; prevent emails from being copied, printed, downloaded or forwarded; and lock emails behind a two-factor authentication code sent to the recipient via text message.

Not all of these features are new. Microsoft’s Outlook and Exchange also use Integrated Rights Management technologies to prevent email copying, and they allow users to set expiration dates on emails. Meanwhile, third-party extensions such as Vanishh and Snapmail allow Gmail users to send self-destructing messages today. But on the whole, Gmail will make these features easier for broader audience to use while also adding new ideas like two-factor authentication for individual emails.

New: Attachment links in the inbox

While some apps such as Outlook and Edison Mail provide users with a list of all email attachments, Google’s making things a little easier by surfacing attachment links from the main inbox view. That way, you can quickly view an image or document without having to click into the individual email. This is prime fodder for other email apps to copy in the future.

Google’s Smart Reply feature is supposed to save you time by offering intelligent, canned responses based on the content of the message. For instance, if the email asks if you’d like to meet on Monday, you can tap a button to quickly respond with “Monday works for me.” The feature debuted as part of Google Inbox in 2015, and headed to the mobile version of Gmail last year. Now it’s headed to desktop Gmail, where it remains uncopied by other email apps. (If you don’t trust Google’s AI to write emails for you, check out Spark’s Quick Replies, which let you customize your own one-touch canned responses.)

The makers of other email apps might feel dismayed now that some of their best ideas are part of Gmail proper. But if history is any guide, they’ll have until the year 2023 or so to figure out where to take things next.