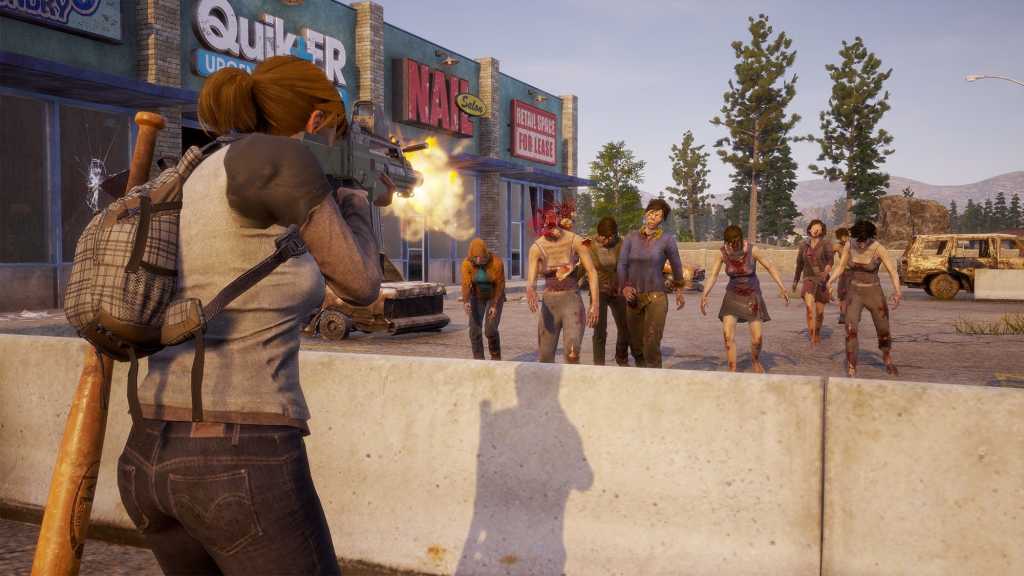 If only the survivors of a zombie epidemic ate less, you know? Here I am, just trying to scope out a local art store for a—let me check my list real quick—a vinyl record player, the most essential of post-apocalyptic goods, and meanwhile all the people at my base are complaining about starving.

Come on people, I’m trying to feed our souls here. This is State of Decay 2, and you’re not living if you don’t have a bit of music to keep you company.

I played State of Decay 2 ($30 preorder on the Microsoft Store) for around four hours recently, some solo, some co-op. It felt, and I know this sounds weird, delightfully retro. “Funny how fast trends shift,” I thought to myself. The original State of Decay released in 2013 at the start of the survival era, when DayZ was just barely an early access game and all its various imitators were still emerging. Now, five years later and with an incoming State of Decay sequel, DayZ is…still somehow an early access game. Hm.

The point is an entire trend came and went in that time. Everyone’s moved on to battle royale-clones now, which almost makes me nostalgic for the good ol’ days of survival/crafting/base-building/zombie defense.

The original State of Decay was a solid take on those ideas, and State of Decay 2 is much the same—but bigger-ish, better-ish, and maybe a little less janky. Basically what you’d want from a sequel.

Like its predecessor, State of Decay 2 is one-part management sim, one part survival game. You’re in charge of a whole group of survivors, only one of which you control at a time. Your job is to basically scrounge up supplies from the surrounding area, then steadily improve your base with new buildings—workshops, medical facilities, and so on. In theory these improvements then allow you to leave your base for longer periods of time, establishing outposts that funnel more supplies home, discovering new survivors, trading for rare goods, exploring further out, and so on.

It’s a familiar loop, and not much about it has changed from the original State of Decay.

The world is well-realized though. That’s one of my favorite aspects. State of Decay 2 does open-world right, or at least manages to do landmarks surprisingly well, given it’s mostly the mundane sorts of landmarks you’d find in a rural town. Here a gas station, there a church, and over there farmland. It’s satisfying to explore, and even more satisfying to make your own mental map of the area, to run out of concrete and think “Hey, didn’t I pass a construction site earlier?”

But what makes State of Decay stand out from a cadre of similar games, I think, is it focuses on rebuilding. DayZ and other survival games, they’re mostly about maintaining a foothold. Aspects of your virtual life might get easier as time goes on, but the scope is usually personal—you have better tools, you collect supplies faster. Survival for survival’s sake.

State of Decay 2 is grander in scope, a game about resurrecting civilization, or some semblance of it. It’s about reestablishing normalcy where none can exist. I joked up top about my journey to find a turntable, but it’s to State of Decay’s credit that these missions exist. There’s a life beyond the bottom tier of Maslow’s hierarchy of needs. You need food, sure. You need shelter. But lip service is also paid to laws, to art, to music. You meet all sorts of survivors in State of Decay 2, and each of them has a different idea of what “surviving” means over and above just keeping their bodies moving.

It’s a hopeful game, not the relentless nihilism found in many of the genre’s tentpoles.

Of course, the standout addition to State of Decay 2 is a four-person co-op mode. Maybe…don’t get too excited though. It’s complicated, to say the least.

Playing State of Decay 2 solo, I encountered a fair amount of jank—awkward menus, weirdly restrictive mission system, a few poorly explained mechanics. For instance, to repair your weapon while in the field you have to find a supply locker, then put the weapon into the supply locker, repair it, then take it back out and equip it. That’s at least three more steps than seems necessary, and it didn’t help that the developer told me it was done that way because they’d “run out of buttons” on the Xbox controller. I bet mouse and keyboard will have the same issue, despite ten times as many inputs being available.

But in multiplayer, the problems are fundamental to the entire mode, not mere interface issues. 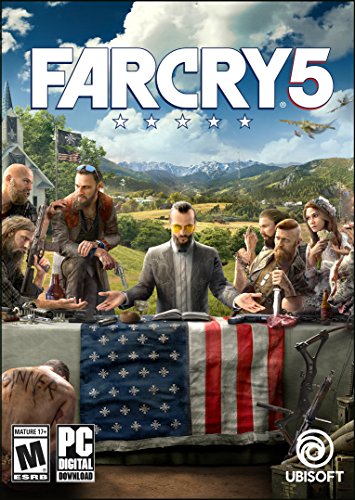 Like Far Cry 5, State of Decay 2 has a bizarre co-op implementation where the host gets real progress and everyone else is just along for the ride. The game even says as much. When you connect to a multiplayer session, State of Decay 2 says something along the lines of “You’re here to help your friend!”

Thus the host gets the benefit of four human players to assist them, most of the supplies go to the host’s stash, only the host gets to build facilities and manage the base, and the host gets to set the mission objective. Hell, if you walk too far away from the host (or just get separated) it will literally teleport you back to their vicinity.

Meanwhile you, the visiting player, get what amounts to experience points for your survivor. It’s not useless, but it seems like a pretty compromised system when what people really want (I assume) is to set up a base with their friends and then manage that base together. In State of Decay 2 you’re just hired help, not co-survivors.

That’s a shame, because I think four-player co-op in State of Decay 2 has a lot of potential. It’s a better game with friends, the grunt work of collecting supplies alleviated to some extent. But the tight leash it puts on players stifles the concept somewhat, and although I understand the reasons (prevent griefing) I can already anticipate the arguments of who should get to host, the timetables people will set up to ensure their friends pitch in on their base as much as they’ve volunteered in reverse. Not ideal.

Given the game releases on May 22 I expect there will still be a fair amount of jank at launch, but I also know my colleague Brad Chacos put a lot of time into the original State of Decay despite its myriad issues and I expect State of Decay 2 will have the same draw. There’s an appeal to building up a base, turning a ramshackle church or a crumbling bridge into a stronghold—and yes, filling that stronghold with the scratchy sound of worn-out vinyl.

We might be in the downswing of the survival genre, but State of Decay 2 ($30 preorder on the Microsoft Store) proves the “What would you do in the apocalypse?” setup can still be a great hook.