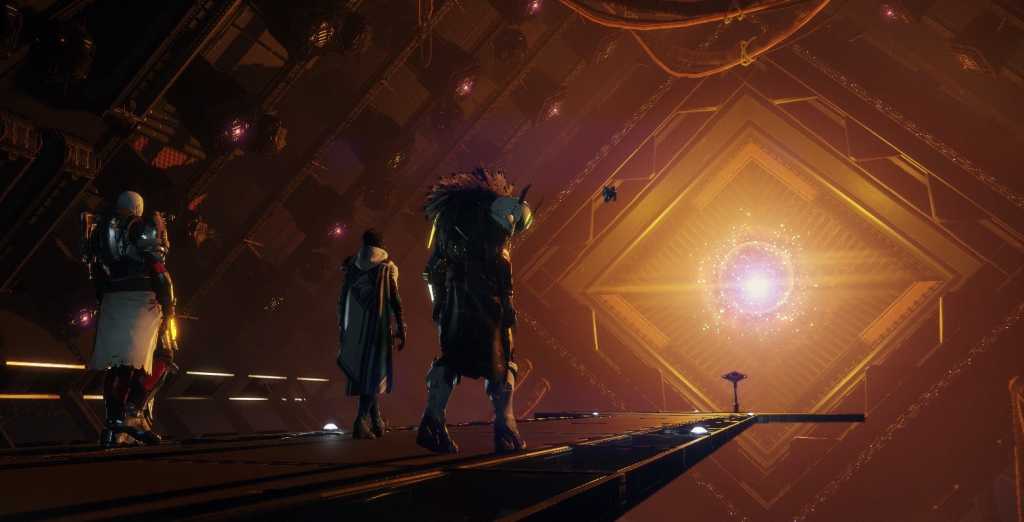 The good news: There’s light at the end of the long, dark-ish tunnel that is Destiny 2’s endgame woes. The bad news: It’s not Warmind, probably.

No surprise, really. The smart money’s betting on a Hail Mary expansion this fall, another Taken King-style resurrection for the much-maligned (but still addictive) sequel. But I know some people were hoping Warmind ($20 on Battle.net) might salvage Destiny 2’s first year and, well, it doesn’t. Having played through the additional story missions and spent a few hours in the other modes, Warmind feels more like the second act of a trilogy, the setup so whatever releases this fall has a smooth landing.

In that, it succeeds admirably. Bungie’s clearly listened to a lot of the community’s feedback, and parts of Destiny 2 are on the upswing. There’s potential in Warmind, a slight glimmer of what’s to come. But only a glimmer.

It’s been a few months since I’ve visited Destiny 2. There wasn’t really any drama, no rage-filled breakup. I played it every day for a while, all the way through the winter event. Then one day I forgot to log in. The next day I thought, “Hm, well one more day won’t kill me.” And just like that, my infatuation was over.

The irony is I fell off right before Destiny 2 started improving again. Late January, Bungie laid out a roadmap for future development, adding or reworking everything from raid rewards to heroic strikes to (finally) public chat on PC.

With the launch of Warmind, even more features have appeared—the vault’s been increased to 300 slots, you can map four different emotes instead of just one, the multiplayer Crucible mode has rankings and unique rewards based on your performance every season. Exotic weapons have been tuned to add punch and pizzazz, and now can be transformed into masterworks via unique, mysterious quests.

There’s more in the pipeline too. It sounds like Bungie’s rethought the entire loadout system for this fall’s major expansion. The latest roadmap teases “more control over how you configure your loadouts in Destiny 2,” with gear collections, weapon slot changes, and weapon randomization promised.

Point being: Destiny 2 is better than it’s ever been, and getting better.

Warmind isn’t pulling much of the weight, though. Fact is, most of these changes are available to all players, whether they bought the expansion or not. Hell, even Warmind’s multiplayer maps are available to all players. Bungie’s not locking those behind a paywall anymore, presumably because Crucible player counts are low enough already without artificially splitting the player base.

Purchasing Warmind gets you access to the new campaign, new strikes, new cosmetics, the new raid lair (which is available later this week, May 11), and the new Mars map.

It’s a decent chunk of content, for sure. If you’re just looking for a reason to play more Destiny 2, Warmind isn’t the worst proposition. The new Martian patrol area is the highlight. Not only is it significantly larger than the miniscule Mercury map from Curse of Osiris, but Bungie’s also jammed it full of stuff. Mars is dense with multiple public events, adventures, and the usual—but also honest-to-goodness secrets. For the first time in Destiny 2, corridors don’t all dead-end into nothingness. There are 45 collectibles hidden in various nooks, and another set of more obvious collectibles that take some endgame busywork to collect.

Hey, is it a perfect solution? Nah. But if you want Destiny 2 to be your hobby game, Warmind signals that Bungie’s taking steps in that direction. There are reasons to revisit Mars beyond grinding out another loot box.

The locale is otherwise squandered, though.

Listen, I want to enjoy Destiny 2’s story. I’ve said it before, but Bungie has a real flair for worldbuilding and Mars is no different. Most of Warmind revolves around Clovis Bray, a retro-futurist tech company, all teal-and-white 1960s science fiction, but dingy after untold years of neglect.

Clovis Bray built Rasputin, the titular “warmind” here, a sort-of military AI charged with protecting humanity at all costs. The Warmind expansion also folds in another layer of Destiny lore, the “Worm Gods.” Specifically the worm god named Xol, Will of the Thousands. No seriously, that whole long thing is its name.

It’s not just that the expansion is short. It is, clocking in under two hours for the five-ish story missions—not exactly enough room to tell your story about a worm god hellbent on destruction.

Somehow Warmind manages to feel disjointed even in the confines of that short span though. Nothing feels motivated, and even less of it makes sense. Characters appear and disappear, sometimes quite literally. A particularly egregious case of Zavala showing up out of nowhere has already become a joke in certain Destiny circles. Then there’s Ana Bray, legendary guardian, who seems like she’ll be important for all of five minutes at the beginning, before she’s relegated to the same nothing-role as Osiris last time out.

There are two boss battles, and while one is fairly impressive to look at, both are pretty middling encounters devoid of the context to make them feel impactful. There’s even what feels like an entire mission missing. Early on, a scene ends with a distant underground rumbling. Zavala says something ominous like, “Rasputin wasn’t the only thing to wake up on Mars.” Cut to black, et cetera. Time to go find out what made that noise, right? Wrong. The next mission, everyone already knows the rumble was Xol and you’re going to (somehow) take it down. No explanation, nothing.

I’m loathe to speculate on development, because it’s not like I have an eye into Bungie’s process or anything. It’s hard not to feel like Warmind got the short straw, though. You’ve got Bungie crunching on a massive expansion for the fall, trying to win over pessimists. You’ve got Bungie crunching on changes to try and salvage the base game now and retain the faithful.

And then you have Bungie working on a contractually obligated expansion nobody much cares about or expects to be good. It doesn’t seem unreasonable to think something had to give, and Warmind’s campaign is what gave.

There are glimmers of hope here. I feel more positive about Destiny 2’s prospects now than I did in December, with Bungie rolling out fairly massive changes bit by bit. It takes a long time to turn a ship the size of Destiny 2, but it’s slowly coming around. I also haven’t talked much about Escalation Protocol, Warmind’s Horde Mode-style activity, in part because I haven’t played much of it. The two rounds I spent with it seemed nifty though, more engaging and flexible than a public event but less intense than a raid or strike. I could see sinking some time into it.

But “It’s getting there” is the best I can muster. Warmind itself is one more minor bandage on a fairly major endgame wound, not the stitches Destiny 2 so desperately needs. For that, we’ll apparently have to wait until fall.