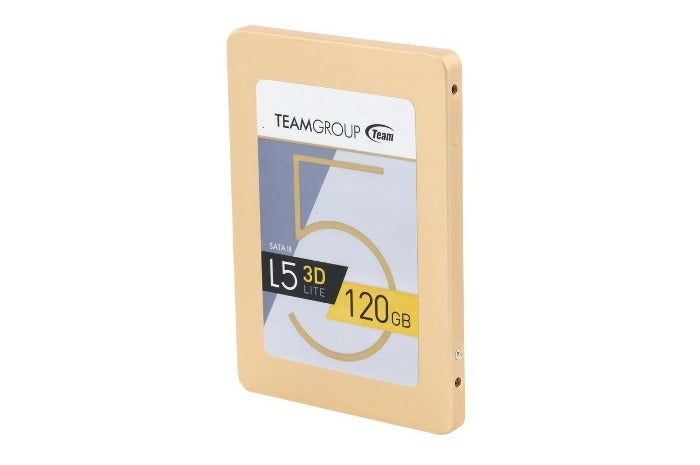 Upgrading from a mechanical hard drive to an SSD is the single best PC upgrade you can make, and we’ve found a stunner of an SSD sale today. Newegg has the 120GB Team Group L5 Lite 3D NAND SSD for $35 right now, down from its usual $60. This deal’s a great option for anyone looking to speed up their PC with a solid-state boot drive for their desktop, or a low-capacity drive for a laptop.

Team Group is known brand for budget-priced RAM, but it definitely isn’t the first name that comes to mind for storage drives. Still, this SSD seems to be fairly well liked for its price, and that was before this $25 discount.

The 2.5-inch drive isn’t anything fancy, but that’s to be expected. It uses the traditional SATA III interface and promises read speeds of up to 470 megabytes per second, and write speeds up to 300 MB/s. That’s not bad, but short of the 560MB/s read speeds we’d usually expect from a budget-level SSD.

Still, pit Team Group’s low-cost SSD against a spinning hard drive and…well, there’s no competition. Any SSD will make a dramatic improvement in your PC’s performance compared to a hard drive. This one is no exception.

If you haven’t bought into the SSD game before now’s a great day to do it on the cheap. Don’t forget to check out our tutorial on how to migrate your Windows installation from a hard drive to an SSD to put this SSD to work.