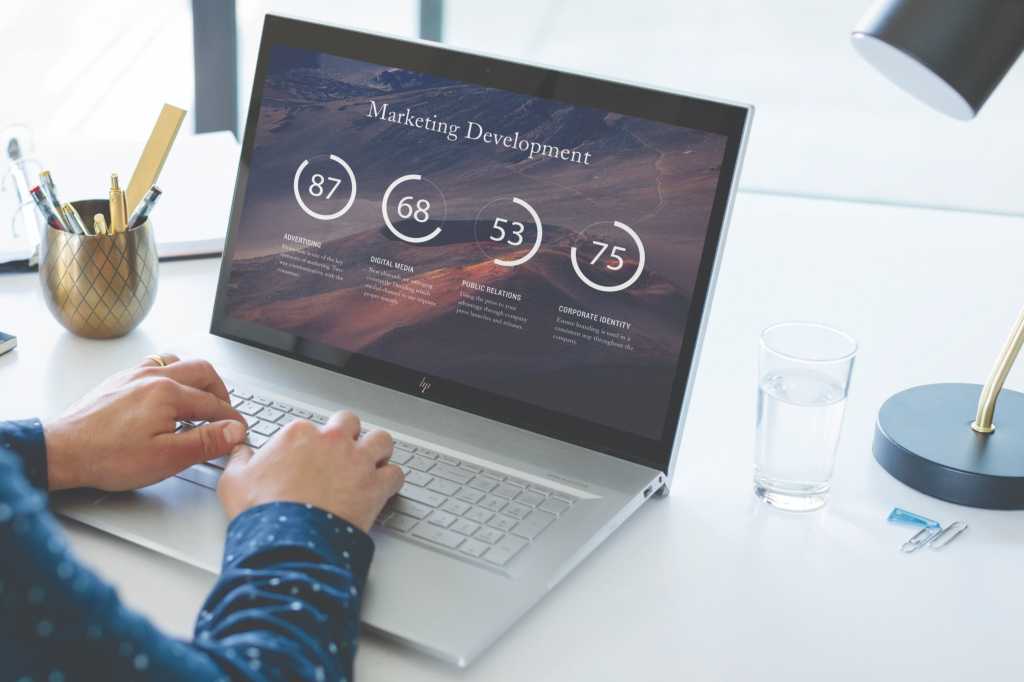 HP’s Envy 17 is a powerful laptop that consumers can afford. This larger machine may never stray far from a table, but it should keep you from missing your desktop PC in most ways.

Announced Monday and available later in May, the Envy 17 will have a starting price of $1,050. The specs offer some notable performance parts, as you’ll see when you run down the list:

As you can see from the specs, the Envy 17 packs a high-end quad-core mobile processor that will deliver more power than most people will use. Our tests on other laptops have shown that a simple dual-core processor suffices for mainstream applications, but quad-core comes in handy for more intensive uses such as gaming and creating graphics-heavy content.

The 8GB to 16GB of main RAM is nice, but the 12GB of Intel Optane memory is a noteworthy bonus. It works as caching memory for the laptop’s 1TB hard drive to make that traditional storage feel a whole lot faster.

While the Envy 17 doesn’t get the Sure View privacy toggle that’s available on its Envy 13 sibling, HP does offer a 4K display option. Just note that this gorgeous, higher resolution will shrink text and icons onscreen, and also drain your battery faster.

The GeForce MX150 discrete graphics isn’t going to be as fast as the company’s GTX mobile parts. However, it’s a big step up from Intel’s UHD 620 integrated graphics—something you could even play games on. If you look closely, you can see the extra ventilation HP built into the hinge area to help the MX150 stay cool.

A last detail is all about looks: The complex etching along the back of the hinge, which closely resembles the look of honed Damascus swords and knives and is named after them. HP added this to certain Envy models to help them stand out from all the sandblasted metal and shiny plastic out there, and it does the trick.

Why this matters: The Envy 17 ticks off a lot of boxes for more sophisticated mainstream users who care about style as well as power. It’s also pretty affordable. The Envy 17 could be someone’s work-from-home PC with few compromises, and you could even carry it somewhere if you really wanted to. We’ll dig even further into the details for you if we get a chance to test it.