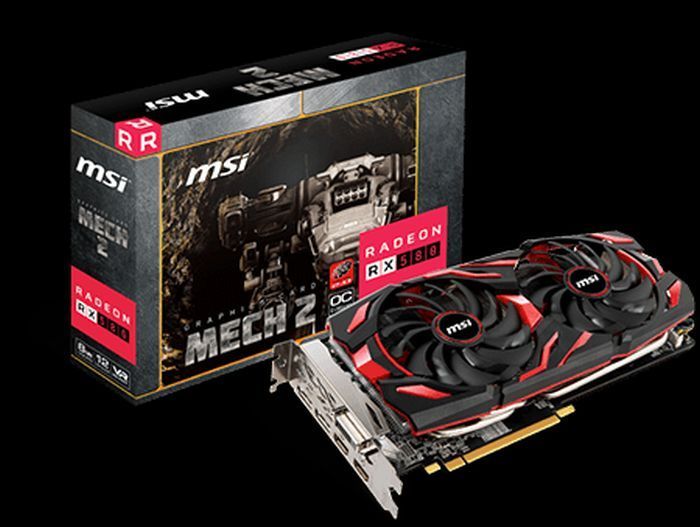 Details are scarce, but the Mech 2 series appears to slot in between MSI’s affordable Armor GPUs and high-end Gaming-brand graphics cards. MSI says the cards feature a new cooler with the company’s Torx 2.0 fans and a completely custom PCB, bolstered by military class 4 components, a black metal backplate, and an illuminated RGB LED dragon logo that can be customized to any color you desire.

MSI expects Radeon RX 570 and RX 580 Mech 2 cards to launch in July. We’d expect to hear more about them during Computex at the beginning of June. And if the Radeon 500X rebranding in April didn’t convince you that we won’t see a fresh lineup of AMD GPUs this summer, the timing of the MSI Mech 2’s launch should settle the question.

Why this matters: AMD promised more Radeon-only brands were inbound in its public swipe at the GeForce Partner Program, and that still appears to be the case even though Nvidia abruptly ended GPP. Nvidia never clarified what the GeForce Partner Program actually entailed, but according to an exposé by HardOCP’s Kyle Bennett, the scheme demanded that graphics card makers dedicate a brand exclusively to GeForce. It’s suspected that these new Radeon brands were created because of that, with graphics card makers saving their most prominent lines—such as Asus’s Republic of Gamers and MSI’s Gaming X—for Nvidia.

The upstart Radeon brands appear here to stay. The real question: Will top-shelf brands like ROG and Gaming X continue to fly the AMD flag in the future? If not, the spirit of the GeForce Partner Program will live on even if it’s technically dead. Stay tuned.