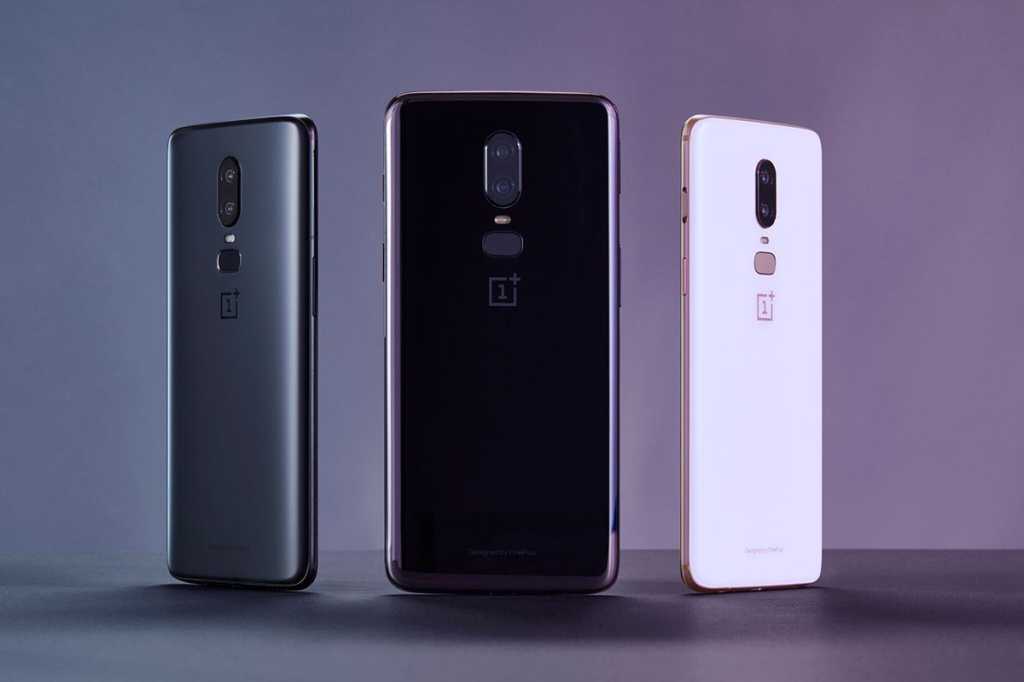 OnePlus has always designed its phones to be cheaper alternatives to the iPhone and other premium Android handsets, but its lower price has always brought compromises: the LCD display on the 3T, the 16:9 screen on the OnePlus 5, or the lack of optical image stabilization on the 5T. With the 6, OnePlus has all but eliminated anything that separates its handset from the Galaxy S9, the Google Pixel 2 XL, and even the iPhone X.

This time around, it’s not just the specs that match up with the best handsets you can buy, however. OnePlus has also given the 6 an iPhone X-style facelift, with new colors and an refined all-glass design. But the focus is on the screen, which is one of the biggest in the business and embraces the newest and most controversial trends in the phone game: the screen notch. It’s not just OnePlus’s invest handset to date, it’s one of the best-looking phones around, and the whole package starts at just $529, hundreds less than the Galaxy S9 and nearly half the price of the $999 iPhone X.

Why this matters: OnePlus has cemented itself as the leading mid-range handset maker on the market, with top-of-the-line Snapdragon processors, loads of RAM, and premium materials. But the OnePlus 6 ups the ante even more, adding optical image stabilization on the main camera, portrait selfies, and gesture-based navigation as well as an all-new glass-backed design. But the notch is all anyone is going to be talking about. Love it or hate it, OnePlus is making a statement with the 6: Why spend $1,000 on an iPhone X when you can get all the same features for nearly half the price?

Like all OnePlus phones, the 6 features a top-of-the-line processor and graphics, but like the iPhone X, it’s the screen that is the star of the show here. OnePlus has increased the size of the display from 6 inches on the 5T to 6.28 inches on the 6, bigger than the 6.2-inch Galaxy S9+ and just a hair smaller than the 6.3-inch Note 8. And that’s with pretty much the same frame as the 5T:

At 177 grams (versus 162 grams on the 5T), the OnePlus 6 is quite a bit heavier, due to its all-glass body. Elsewhere, the specs on the OnePlus 6 have been upgraded all around:

While the OnePlus 6 has a design reminiscent of the 5T, with visible antennas on the side and its “Horizon Line” aesthetic, it has switched from aluminum to glass for the rear case. Additionally, the dual camera array is now positioned vertically in the center of the case above the led flash, while the fingerprint sensor is pill-shaped rather than circular. Furthermore, the accents and edges on the white model are gold instead of black.

The front of the device looks somewhat like the LG G7, with a slim bezel at the bottom and the aforementioned notch at the top. OnePlus has thankfully kept the headphone jack and its trademark alert slider (which now simply toggles between ring, vibrate and silent) also returns on the 6, but you’ll find it on the right side now above the power button, with the volume rocker on its lonesome along on the left edge.

The battery on the OnePlus 6 is the same 3,300mAh one as the 5T, and the phone features OnePlus’s Dash Charge technology, which provides “enough power for the entire day” after a half-hour of charging, which equated to roughly 60 percent of the battery on the 5T. Notable, the 6 doesn’t support wireless charging despite its glass back. Also missing is IP67 or IP68 water resistance, though OnePlus says the phone can still withstand “rain or an accidental drop in a puddle.”

The camera has always been OnePlus’s weakest link, and it’s given it another upgrade on the OnePlus 6. While the megapixels and aperture are the same—a main 16MP lens paired with a 20MP one, each f/1.7—OnePlus has increased the main sensor by 19 percent and added optical image stabilization for what it says will deliver “outstanding performance in a range of conditions, including low light.” In sample images, the results were impressive, but the proof of the pudding, as they say, will be in the eating.

As far as video goes, the OnePlus 6 will record 4K video at 60fps, as well as super-slow motion mode at up to 480fps, though only in 720p. The front camera on OnePlus 6 has also been improved, with the addition of an AI-powered portrait mode with an array of effect, including circles, hearts, and stars.

The OnePlus 6 includes a new version of its OxygenOS based on Android Oreo 8.1 and it’s near-stock skin earns it a place among the phones eligible to test Android P. But even if you don’t dive into the beta, you can still enjoy gesture-based navigation, which replaces the navigation bar with a system similar to Google’s new method. Also making a return is Face Unlock, Reading Mode, which emulates an e-ink reader, App Locker for hiding data-sensitive apps behind a password or login, and a dark theme.

OnePlus has steadily increased the price of its phones over the past several models, and the 6 follows that trend, bumping the entry-level price over $500 for the first time. For $529, you get a mirror black OnePlus 6 with 6GB of RAM and 64GB of storage. It is sold unlocked rather than through the carrier stores, so support for Verizon’s non-GSM network is unlikely, despite the inclusion of a new CDMA band BC1. Pricing is as follows:

The OnePlus 6 will be available in the two black varieties beginning May 22. The limited-edition “silk white” color will be sold in a single 8GB/128GB combination for $579 beginning June 5. Also launching today is OnePlus’s first Bluetooth earbuds, called Bullets Wireless, which are able to play 5 hours of continuous audio after 10 minutes of charging, for $69.