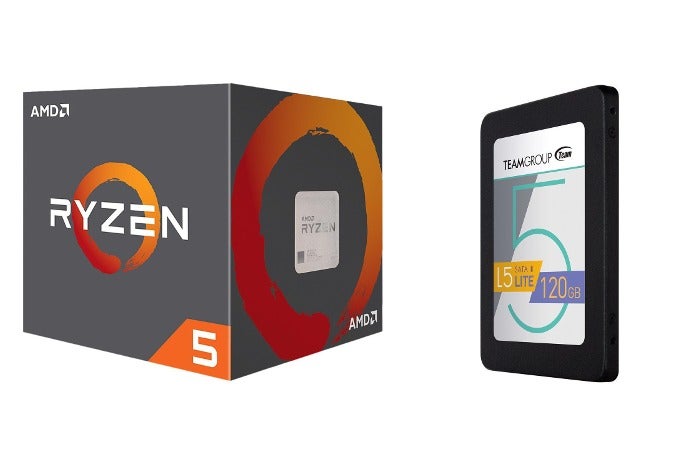 The SSD deals keep on coming in, but today’s deal is all about processing power with a helping of solid state storage on the side. Newegg’s offering a combo deal right now that bundles AMD’s hot new Ryzen 5 2600 processor with a Team Group 120GB SSD for $190. That’s $10 cheaper than the sticker price of the Ryzen 5 chip, plus you get a $35 SSD thrown in for free.

You’ll also get AMD’s Wraith Stealth Cooler in the box. It handles the Ryzen 5 2600’s out of the box performance without breaking a sweat, but if you want to push the CPU further—all Ryzen processors can be overclocked with the right AM4 motherboards—you’ll probably want to invest in a beefier third-party cooler.

As for the SSD itself, it’s nothing fancy. It’s a standard 2.5-inch drive using the SATA III interface. The drive offers read speeds up to 500 megabytes per second, which Team Group says is four times faster than a traditional hard drive. That’s not outstanding performance for an SSD, but if you’ve still been using a mechanical hard drive as your primary storage you’ll notice a significant speed increase. And hey, it’s free.