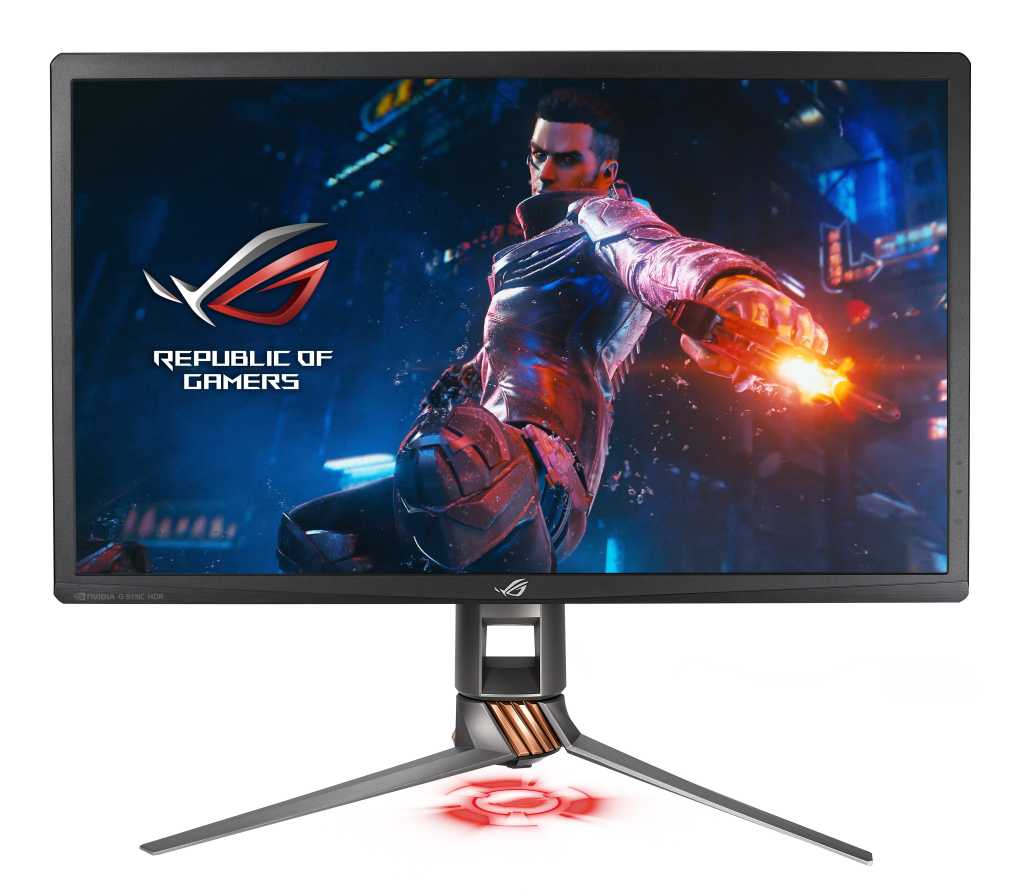 More than a year in the making, Asus has finally detailed when its long awaited G-Sync HDR 4K gaming monitor will ship—and for how much.

On Wednesday, Asus said the ROG Swift PG27UQ will finally begin shipping in June with a list price of a smooth $2,000, the same as Acer’s rival Predator X27 G-Sync HDR display.

If you just did a spit-take of Diet Coke, know that the PG27UQ will feature:

Asus said the ROG PG27UQ is the first gaming monitor to receive VESA’s new DisplayHDR 1000 certification as well. Three levels of the new open spec are available, and the PG27UQ hits the top one, Asus said.

To reach DisplayHDR 1000 certification, the monitors must pass eight tests, including:

As this is a gaming monitor, it has the usual ROG spice, including: an on-screen timer, FPS counter and the always controversial Crosshair mode. This last mode lets you place various virtual crosshairs on a screen to aid in accuracy. Because it’s independent of the game, OS, and even video card, it can’t be detected when used in a hard core mode.

Although it’s not labeled as a “new” G-sync or G-sync 2.0 or G-sync 3.0, Nvidia officials have told us the ROG features the latest G-sync module technology for the highest performance.

The monitor features DisplayPort  1.4, HDMI 2.0, three USB ports, and an analog earphone jack. For gamers, the most important feature might be the lighting, which the ROG PG27UQ has in spades.

One issue, of course, will be having a GPU fast enough to drive it. Pushing the pixels of a 4K monitor at 60Hz is already difficult enough, so 144Hz will likely seem impossible with today’s hardware.