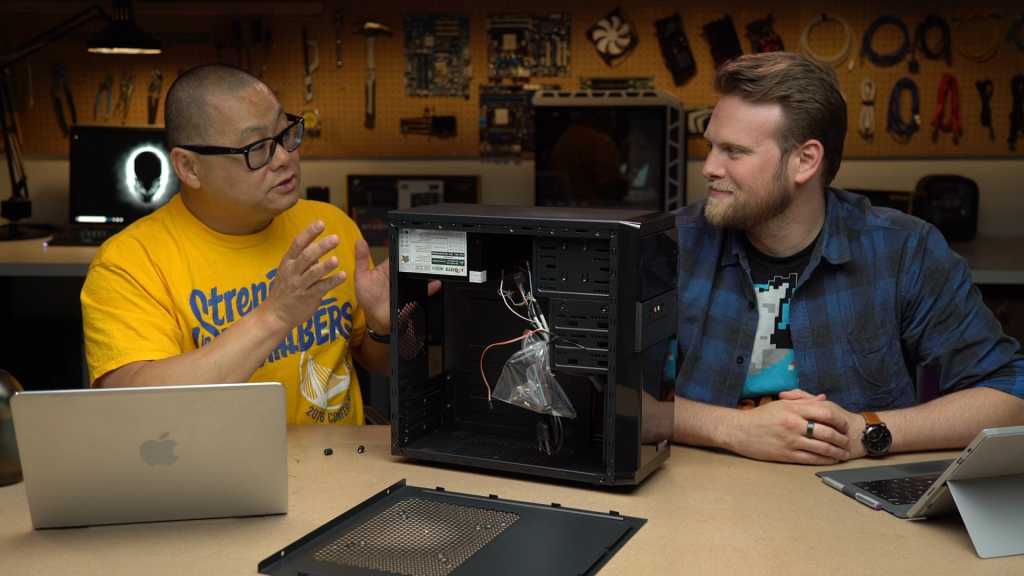 Intel’s 8th-generation CPUs are mighty tempting, but their prices can seem daunting at the high-end. Not all hope is lost, however, if you want to go Team Blue and stick to a budget. We found a way to build an 8th generation Intel-based gaming machine with discrete graphics for $360—and we assembled it live on YouTube, Twitch, and Facebook.

The first step of any build is always choosing the parts. Our components may raise a few eyebrows (and even a little controversy), but they’re affordable:

Before we get too far down this budget rabbit hole: As hinted above, we cut a lot of corners to get the price lower. Don’t turn your nose up though—you should know that all budget builds are exercises in corner cutting.

Our total build cost without the operating system should hover right around $355. We did consider going with a 7th-generation Intel Pentium chip to save even more, as Kaby Lake motherboards are slightly cheaper and the Pentium G4560 is about $10 to $15 cheaper. In the end, we decided we wanted the option of a future 6-core chip upgrade.

We relied on two primary tricks to cut the price. The first was to go as low as we could on the case and power supply. The Logisys CS136BK we picked is $30 with a “480-watt” PSU. (We use quotes because we’re not entirely confident the PSU is actually 480W.) The good news is our build doesn’t need much power, so even if it’s actually a 300 watt PSU, we should be fine.

The other shortcut was storage. I considered a bottom-shelf-brand SSD, but decided I really wanted to keep prices as low as possible. So instead, I bought a refurbished hard drive for $13. Yeah, refurbished. While I would normally skip refurbed parts, I could justify it this time because this machine had to hit certain price point—and if it’s just a box for basic gaming, the chances of critical data being lost are lower.

Watch us build it live

Of course, the question is: Will it all work? We answered that question on May 29th, when we put everything together and threw the power switch. If you missed the stream, it’s not a problem. You can catch a replay of the livestream on PCWorld’s YouTube, Twitch, or Facebook pages!

Up next is our benchmarking and testing phase, where we’ll throw games like PlayerUnknown’s Battlegrounds, Bayonetta, and Final Fantasy XV at this budget PC. It should beat our Ryzen APU build and its Ryzen 3 2200G easily—stay tuned for the full results.