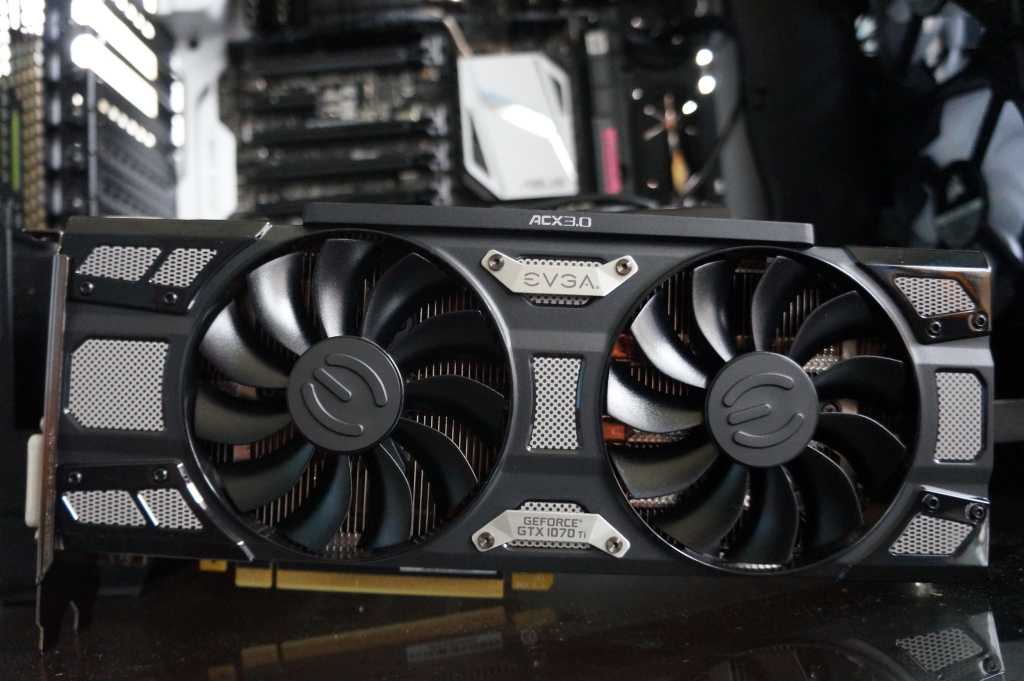 The graphics card price thaw continues, and just like Amazon’s PC sale last week you can get a fantastic graphics card today at its MSRP: Amazon, B&H Photo Video, and Newegg have the EVGA Nvidia GeForce GTX 1070 Ti SC Black, which we gave 4.5 out of 5 stars when it launched, for $470. Considering the ridiculous heights of graphics card prices in recent months that still counts as a sale.

That’s about $80 cheaper than the “usual” price for this card in recent weeks. It’s not clear if this is a permanent price cut/return to sanity or a short-term sale. For instance, B&H says its price will only be valid until just before midnight Eastern on Thursday, June 7. Amazon also shows a price cut of $80, while Newegg displays $470 as the accurate MSRP.

This particular graphics card features 8GB of GDDR5 RAM, a clock speed of 1607MHz (it boosts to 1683MHz), and 2432 CUDA cores. It has one DVI-D, one HDMI 2.0b, and three DisplayPort 1.4 ports. The card also has EVGA’s ACX 3.0 cooling technology built-in, which we called an “excellent custom cooling” system in our review, and the company’s Precision XOC software makes overclocking to faster speeds as easy as pushing a button.

It would be tempting to see this as a stock-clearing move ahead of a new generation of GeForce cards expected this summer or early fall. If you asked us about this last week that’s what we probably would’ve concluded. But times change, and an Nvidia press event at Computex 2018 on Monday took the wind out of those expectations somewhat. During the event, company CEO Jensen Huang said new GeForce cards wouldn’t be coming for “a long time from now.”

But chin up gamer nation. We’ve still got our fingers crossed for a late summer/early fall announcement, because in the world of gaming that is a “long time from now.”