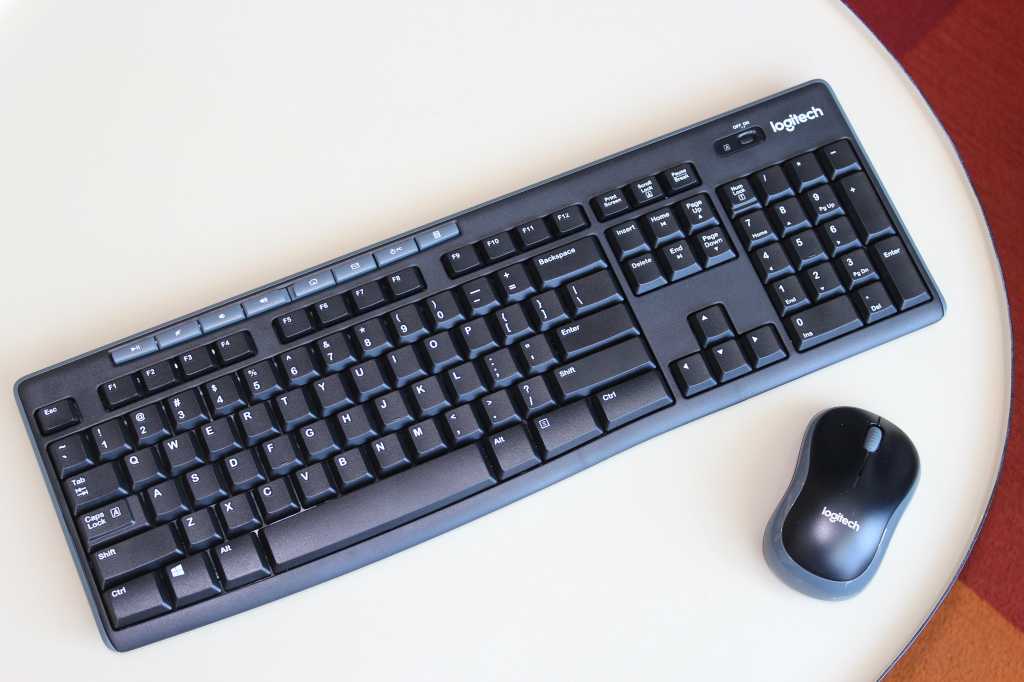 Image: Melissa Riofrio/IDG
At a Glance

Logitech’s MK270 is one of the better choices you could make in the rock-bottom budget range because of its decent keyboard action and easy setup.

If you’re shopping for a wireless keyboard on a tight budget, you could do worse than the Logitech MK270 wireless keyboard and mouse bundle. Available for as little as $20 on Amazon, the MK270 looks and feels a bit cheap, and it makes a fair amount of racket as you type. That said, the MK270’s keys feel relatively springy, and the included travel mouse boasts a programmable middle button. Setup using Logitech’s “unified” USB dongle couldn’t be easier.

Measuring 17.5 bx 5.5 x 0.75 inches and weighing a little over a pound, the Logitech MK270 keyboard feels predictably light and cheap. Indeed, the entire keyboard will flex if you try bending it. While the MK270 lacks a palm rest, it does boast a pair of retractable feet that’ll prop the keyboard up at an 8-degree angle.

Above the main keyboard you’ll find a row of dedicated volume and media playback keys, along with four hotkeys for Home, E-Mail, PC power and Calculator. Of these four functional hotkeys, only three of them are programmable. Among the options: You can set a key to open a webpage or a program, switch applications, or assign a keystroke. To customize a key, you’ll need to install Logitech’s aging SetPoint utility; alas, Logitech’s newer, slicker Options app works only with the bundled mouse (which we’ll get to in a moment.)

While the MK270’s keys feel hollow and cheap—unsurprising for a $30 keyboard bundle—the actual typing feel isn’t bad. The membrane-style keys deliver a solid bump about halfway through a keystroke, with a satisfying springy rebound and respectable amount of travel. Discovery isn’t much of a problem thanks to the keyboard’s roomy design and molded keys. Expect a fair amount of clickity-clack as you type, however.

As with the MK270 keyboard, the included mouse (the MK185) feels a bit light and cheap. Weighing just 2.5 ounces, the ambidextrous mouse comes with a hard plastic grip, a scroll wheel with a light bumpy feel and a pair of mouse buttons that are relatively easy to click.

On the plus side, you can program the mouse’s middle button using the slick Logitech Options app. In addition to dozens of options such as opening programs, locking the screen, minimizing windows, and assigning keystrokes, there’s a gesture control mode that lets you trigger custom functions whenever you hold the middle button and scroll up, down, left or right.

You’ll never mistake the Logitech MK270’s typing feel for that of a pricier mechanical model. The keys on this wireless keyboard feel reasonably good considering its bargain price, however, and the included mouse goes above and beyond with its programmable middle button. Still, those who opt for the MK270 will have to settle for its cheap design and relatively loud typing.