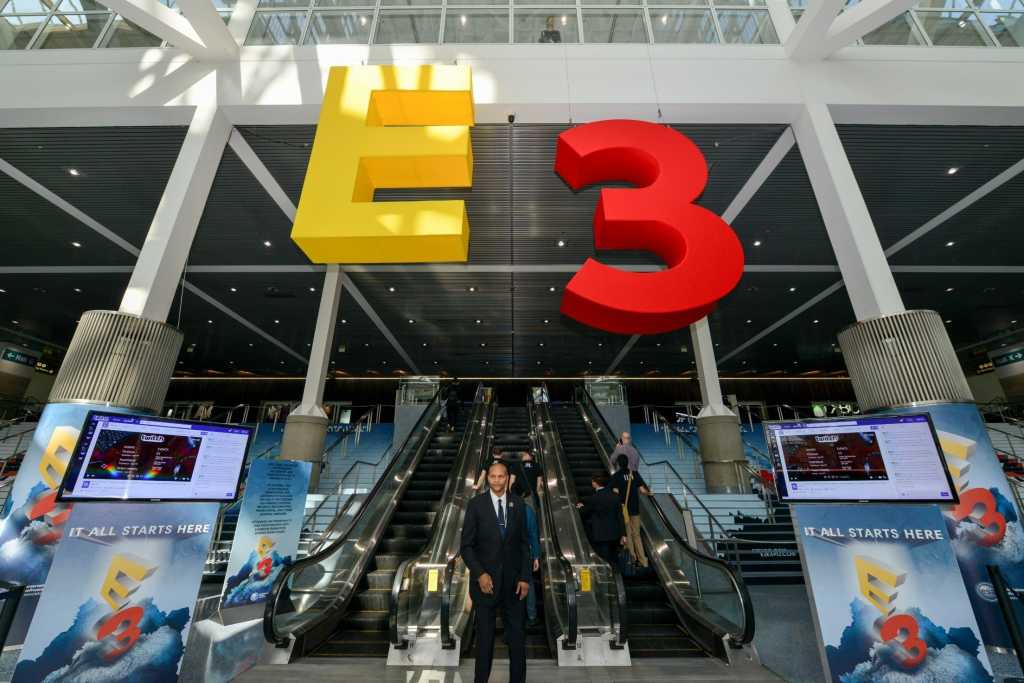 E3, the annual welcoming party for the latest and greatest games we’ll be playing in the months to come, is drawing to a close and jeez, we’re spoiled for choice. Our roundup of the must-see PC games from last weekend’s flagship events alone totaled 43 different titles—and that list, as large as it is, is far from comprehensive.

Narrowing it down to a handful of our favorite games is tough.

But not as tough as you think. Some games are so over-the-top impressive, or just grab hold of you as a gamer, that they immediately suck you in. These are the best PC games we saw at E3 2018. Be sure to hit the links when we mention dedicated previews of the games to get our deeper impressions!

Cyberpunk 2077, from the studio behind The Witcher, isn’t just the best demo I saw at E3 2018. It’s the best game demo I’ve ever seen. As I wrote in my preview this week, I didn’t even know some of the stuff CD Projekt showed off was possible on current hardware. Specifically: A towering city with at least 100 people meandering around, looking completely natural. It’s the most realistic city I’ve ever seen in a video game.

Whether it feels that way at release? We’ll see.

The core of Cyberpunk 2077 looks great too. It’s first-person—and not just first-person, but a proper shooter too. For a studio that’s always had so-so combat, Cyberpunk looks like a lot of fun, bouncing bullets off walls, slowing down time, and what-have-you. Combat isn’t exactly the most important aspect of a CD Projekt game, but I trust them to get the writing half right. Great, fast-paced shooting on top of that sounds like a dream.

Now the question is: When do we get to play it? And to be honest, I bet it’s not for at least two years. Settle in for the long wait. —Hayden

I’ve been waiting for a new Metro for so damn long, and when 4A announced Metro Exodus at Microsoft’s E3 2017 press conference it instantly jumped to the top of my most-anticipated games list.

At E3 2018 I finally got to play it, and it’s overwhelming. Exodus sees Artyom venturing out of Moscow for the first time in the series, and the game is scaled to match. It’s not an open-world game, but it might be—the demo level we played was enormous, much larger than anything in the previous Metros, and packed full of abandoned houses, crashed planes, and other post-apocalyptic points of interest to explore.

And that’s just one level. Artyom travels by train from map to map throughout the game. It’s like watching Metro return to its S.T.A.L.K.E.R. roots and I am very okay with that. —Hayden

Metro Exodus paints a bleak, cold vision of the future, but the violent dystopia in Rage 2 ($60 preorder on Amazon) takes its inspiration from Mad Max. In fact, this sequel’s being made by Avalanche Studios, the developer of the Mad Max game and Just Cause. So that’s a solid start: Mad Max’s incredible open world and the stellar driving mechanics helped it shine. The combat wasn’t much to write home about, but with Avalanche pairing up with id—yes, that id—on Rage 2, the gunplay shouldn’t disappoint. These developers have a hell of a pedigree.

Even better? Both Mad Max and Doom delivered tip-top PC performance. I’m looking forward to getting my hands on this one. —Brad

When Activision asked me to come to an appointment for an “Unannounced” game, I was curious. Call of Duty, Destiny, and of course Blizzard’s games—Activision-Blizzard has a few big hits, and doesn’t often branch outside that box.

So I was surprised to enter the room and see Sekiro: Shadows Die Twice, the game From Software teased in December at the Game Awards. As you might expect, it’s a Dark Souls/Bloodborne-style game, but set in Sengoku-era Japan. And it’s also quite a bit faster and nimbler than its predecessors, with the protagonist not only able to jump but also sporting a grappling hook for an arm.

We didn’t get hands-on time with Sekiro, but it looks pretty damn promising—especially if, like me, you loved Nioh. —Hayden

The original Dying Light is one of the best-playing zombie games of all time, with first-person platforming that actually felt intuitive and thrilling, excellent melee combat, and a terrifying day/night cycle that made being caught outside after dark a risky proposition. All it lacked was a decent story.

Dying Light 2 looks like it might actually fix that problem. Chris Avellone, of Planescape: Torment fame, announced the game during the Microsoft press conference. Then during our hands-off demo at E3 we were told members of The Witcher 3’s writing team are also involved—specifically, some of the people who worked on the “Bloody Baron” questline, one of the most memorable.

Your choices in Dying Light 2 can have broad consequences, sending parts of the city into decay or bringing in a police force to distribute free water. It’s ambitious as hell, with a map four times the size of the original and multiple factions to play off against each other. Here’s hoping Techland can pull it off. —Hayden

Destiny 2 came out swinging at E3 2018. Bungie revealed Destiny 2’s massive Forsaken expansion shortly before the show kicked off, complete with almost every change the fanbase has been clamoring for—and fan favorite Cayde-6 getting shot in the face by an old friend. But while Forsaken could very well fix everything that needs fixing in Destiny 2 ($60 base game on Amazon), it’s the new Gambit mode that has me most excited.

Gambit is a unique mash-up of PvP and PvE, tasking two teams of four with killing enemies to collect enough motes of light to summon an end-boss before the others—or spending those motes to harass the rival group. I’ve been playing Destiny 2 regularly since launch but loathe the slow pace of the Crucible. Gambit, though, looks right up my alley.

Bungie showed the new mode in-depth during E3, and Hayden went hands-on with Destiny 2’s Gambit ahead of its grand reveal. Hit that link for deeper impressions, or watch the video above of Hayden’s entire match. —Brad

It’s an easy choice for me. Forza Horizon has been my favorite arcade racing series since the untimely demise of Burnout, and while I thought the third iteration wore the formula a bit thin I’m nevertheless excited to go roaring through Britain’s streets later this year. I played Microsoft’s Forza Horizon 4 demo again, and again, and again.

At this point, the question is really: What could dethrone Forza Horizon, and the answer is basically the Burnout games it stole the crown from. I thought 2018 would see us playing another one of those (finally). EA apparently decided otherwise. But Forza Horizon 4 ($60 preorder on Amazon) isn’t a bad consolation prize. —Hayden

It’s called Hitman 2 ($60 preorder on Humble) and not Hitman: Season 2, but it might as well be the latter. We got our hands on the Miami mission from last week’s trailer, and it feels almost exactly the same as its predecessor. Fun disguises, novelty weapons, lots of creative ways to take out your targets.

But you know what? I’m not even disappointed. The original Hitman reboot was a fantastic experience, easily cracking our list of 2016’s top 10 PC games, and if IO just makes another handful of levels in the same vein in Hitman 2? I’m 100-percent happy with that state of affairs. Actually, I’m grateful that we’re getting new levels at all after the IO and Square divorce. Can’t wait to assassinate every target while wearing a flamingo mascot costume and wielding a half-frozen fish. —Hayden

Speaking of 2016 honorees, Battlefield 1 earned our Best Game nod that year, edging out other strong contenders like Doom and Overwatch thanks to its luscious visuals, superb multiplayer, and tantalizing War Stories singleplayer campaign. Battlefield V ($60 preorder on Amazon) shifts from WWI to WWII but keeps the same basic structure intact. That alone is enough to make it one of my most anticipated games this year.

It looks great. Now we just cross our fingers that the monetization model won’t be too gross in the wake of DICE’s Star Wars: Battlefront II loot box fiasco. —Brad

Metal Wolf Chaos isn’t really a new game. Actually, it’s very old. Released by From Software in 2004, only on the original Xbox, and only in Japan, the game’s been a cult hit for over a decade now.

Devolver and From have resurrected the game, prettying it up a bit, and will release it in the United States later this year.

It’s wild. You play as President Michael Wilson, the 47th President of these here United States of America—in a mech suit. It’s exactly the type of pulp nonsense I’d expect Devolver to fall in love with, and after playing the intro mission I think…I might be in love too? I think that’s what this blood-pumping-hot-through-my-veins feeling is. Maybe just adrenaline. —Hayden