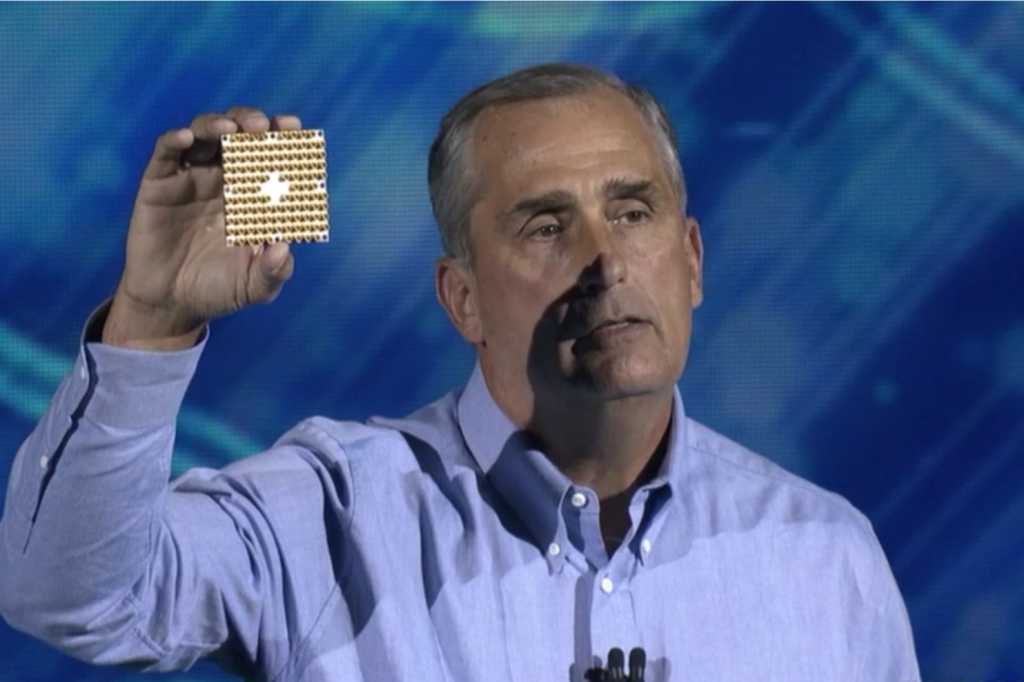 The good news, if any: Krzanich and Intel weathered the same forces that any new chief executive will have to face—a declining PC market, and Intel’s ongoing efforts to breach a mobile market that has stubbornly resisted its entry. The question for consumers, though, is how much effort Intel’s new chief will dedicate to the PC market that has sustained Intel for decades.

CEOs more commonly resign for business reasons. In this case, Brian Krzanich resigned because he broke a rule: Intel was recently informed that Krzanich had a past consensual relationship with an Intel employee, the company said Thursday. This relationship violated the company’s anti-fraternization policy. Like many companies, Intel does not allow managers to engage in relationships with their employees. According to Krzanich’s Wikipedia page, he is married.

Chief financial officer Bob Swan has been named CEO on a temporary basis, the company said. Though Swan has served as CFO since 2016, Intel’s official bio notes that he’s an outsider. Swan spent nine years as CFO of eBay, and his only stint as a chief executive was leading Webvan, one of the dot-com flame-outs. That history almost certainly means that Swan won’t be named as a permanent replacement.

A track record of success

It’s hard to argue with Krzanich’s success during his five-year tenure. In the second quarter of 2013, when he took over; the company’s PC group revenue declined, and the company reported $12.8 billion in revenue for the quarter. Since then, Intel’s revenues have soared to record levels, with Intel reiterating Thursday that it expects a record $16.9 billion in revenue when the company reports results at the end of July. Intel’s stock price, too, has nearly doubled during that time.

But Intel also faces some severe headwinds. Its manufacturing technology has been largely stuck at the 14-nm level for several years, with a slow expansion into the next iteration, 10-nm. Gartner said this week that 61.7 million PCs were shipped in the first quarter of 2018, the 14th straight quarter of declining PC sales. While Krzanich has spent hours speaking publicly about Intel’s emphasis on the embedded space, sensors, and artificial intelligence, those business units—Intel’s Internet of Things Group and Programmable Solutions Group—still make less than a billion dollars apiece per quarter.

But Intel has also successfully transitioned into higher-margin, more expensive premium processors for gaming, namely its Core i9 series. The company’s Xeon processor for servers remains strong. Through a partnership with Micron, Intel developed what it calls Optane Memory, which it exclusively offers as sort of a system accelerator technology for PCs.

Who’s next as Intel’s CEO?

A knowledge of all of those moving parts has traditionally meant that Intel has promoted from within, betting that accumulated experience would help its CEO hit the ground running. In fact, Krzanich and former Intel president Renee James reportedly adopted a sort of “Intel first” strategy when lobbying for Otellini’s job, versus outside candidates.

One key test of that strategy will be as the board probably considers Venkata (Murthy) M. Renduchintala, group president of Intel’s Technology, Systems Architecture & Client Group. Renduchintala, a veteran of Qualcomm, was believed to have joined Intel to help its efforts to break into the low-power, mobile-centric markets that Qualcomm catered to. Another outsider and Qualcomm veteran, Cormac Conroy, served as chief executive at Berkana Wireless before eventually joining Intel as leader of its Communication and Devices Group. Like Krzanich, Conroy has an engineering background, with more than 20 patents to his name.

Several other internal candidates look equally likely. They include Navin Shenoy, the executive vice president of Intel’s Data Center Group, which consolidates the company’s efforts around AI running on top of the Xeon processor. Shenoy can also boast of his past history as the general manager of the Client Computing Group and a three-year stint as chief of staff to Otellini, giving him vision into several key areas of Intel’s business including the CEO role. Other possibilities include Rob Crooke, whose early experience overseeing Intel’s business platforms complement his current role overseeing Intel’s memory business (including Optane).

A few outside names also tend to circulate: Patrick Gelsinger, an Intel veteran who moved on become chief executive of VMware, was reportedly under consideration for the Krzanich job. And, of course, the board could throw open the doors to anyone who combines the sort of engineering and business expertise that Intel’s management typically combine.

The key questions, though, are whether the board wants to continue driving forward in Krzanich’s direction—maintaining Intel’s PC business while investing in and trying to grow peripheral efforts like programmable logic, memory, and communications; or double down on its core microprocessor business and try to shake off the growing threat from AMD in PC and server processors. Recall, too, that Intel recently hired noted chip designers Jim Keller from Tesla and Raja Koduri from AMD. The latter’s job is to architect a discrete graphics program, possibly to compete with AMD and Nvidia in the PC space. Such an effort could well be put on hold by a change in leadership.

A new CEO, a new path toward Intel’s future

Given Intel’s steadily rising revenue and share price, the company seems unlikely to change course. If anything, Intel’s been ready to shed initiatives that weren’t panning out. In 2009, Intel bought embedded software developer Wind River Systems for $884 million, then sold it to TPG for an undisclosed sum this past April. It’s continued to struggle in the communications space, largely passing on 4G and betting big on the 5G transition. Those remain among the few key mistakes Intel made over the past decade.

Of greater concern is the more fundamental issue of manufacturing, traditionally Intel’s bread and butter and one of the key reasons it’s enjoyed continued success. While Intel’s chips lag at 14-nm and inch toward 10-nm, for instance, its competition isn’t standing still. Last year, Samsung said it had moved into its second-generation 10-nm FinFET technology. Samsung also signed Qualcomm as a customer for its 7-nm EUV (extreme ultraviolet) manufacturing technology, which it will use to manufacture Snapdragon chipsets.

Whoever the board names as Krzanich’s successor will crystallize some of those uncertainties, if not answer them altogether. For a company that had to abandon the predictable “tick-tock” cadence that ran its manufacturing progress for years, Intel’s shown that it can successfully weather change. But as that clock continues to wind down, now one of its key springs will have to be replaced. Intel will have to make a smart decision, and make it fast.